You are now traveling through another dimension, a dimension not only of sight and sound but of mind. A journey into a wondrous land of imagination. Next stop, “Creepy Catfight at Iloilo City Hall!” 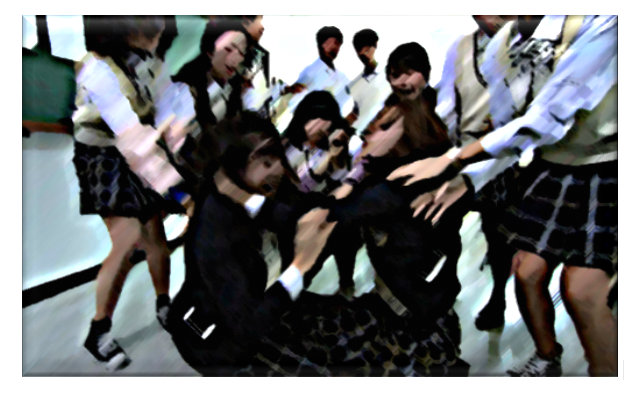 Two Iloilo City government employees might be charged administratively for a “cat fight,” aka “girl fight” at the City Hall.

City Administrator Hernando Galvez verified reports that a permanent city government employee and a contract worker were involved in a fight on the ground floor of the city hall earlier this week.

Galvez said the incident is being investigated.

“We reiterate that the display of misbehavior or misconduct in the city hall is an administrative offense that must be corrected to avoid it from happening again,” Galvez said.

Glavez warned that the City Hall was a place to serve the people and not to fight.

Republic Act 6713 (Code of Conduct and Ethical Standards for Public Officials and Employees) mandates professionalism in all public officials and employees.

While the temp involved is not considered an employee of the city hall, Galvez said contractual job hires can have their contracts suspended or canceled if they commit administrative offenses.

The City Administrator went on to say that he did not care about the reasons for the scuffle; the employees should realize that a place of work is the worst place to display such behavior.

The Customer Care Center (CCC) is investigating the incident.

The Panay News reported a seemingly one-sided catfight at a boardinghouse on the corner of Burgos and Mabini streets in the La Paz district of Iloilo City.

Marie Fevely Tugo complained of pain on her face.

Tugo identified her attacker as Christina Lamatao. She said the incident happened on Oct. 24.

It was not immediately clear what the reason for the slapping was.

Not as exciting as the “Creepy Catfight at Iloilo City Hall!” but it did involve two females.

I’ve never had the opportunity to witness a good catfight in the Philippines such as the two incidents reported above, but I’ve witnessed two catfights back in the States.

Now the fact that I’m a crusty old expat approaching 66 years of age and have only experienced two catfights in my lifetime can be attributed to the fact that I’ve led a fairly sheltered life.

For 15 years I faithfully attended an Independent Pentecostal Church. I used to appear every Sunday morning and Sunday and Wednesday nights. While we never had any of the “sisters” battling each other in the pews, that’s not to say such incidents don’t happen in church.

But realistically, a good catfight, can oftentimes involve booze, old boyfriends, and jealousy. Such was the case many years ago at the downtown Carlinville, Illinois Town Square. 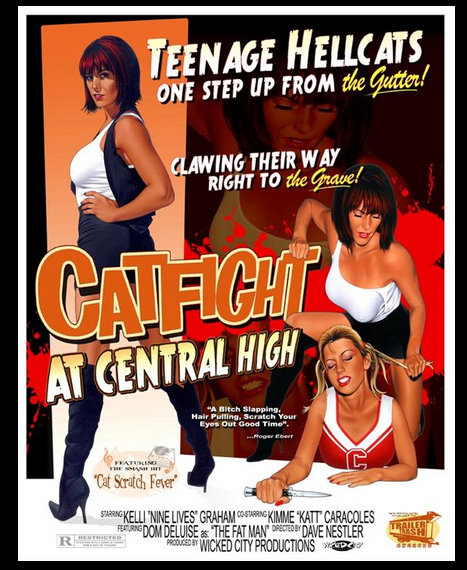 I lived in Carlinville, Illinois one summer. On Friday and Saturday nights, I would hang out at an establishment that served adult beverages and featured live country music bands. (It should be evident that I was not attending any Pentecostal churches at the time. Bar-hopping is considered a “back-slider” activity.)

Therein, you have already have two common elements that could fuel any kind of fisticuffs, beer and country music.

It was around midnight when a loud hullabaloo broke out. Outside the open front doors of the tavern two women were rolling around in the street, scratching and clawing and trying to tear each other’s hair out.

No self-respecting male would intervene in any catfight so the crowd that gathered that hot, muggy Friday night let the ladies duke it out uninterrupted. Carlinville was a small town. A catfight was good entertainment.

I cannot recall who eventually broke up the donnybrook as I don’t remember the local police ever showing up. But I do remember the cause of the catfight: one of the combatants showed up at the bar with her new boyfriend. And yes, the other woman involved in the catfight used to date the guy.

Years before the Carlinville episode, I was witness to a catfight between two female employees at AT&T. I had only been with the telecommunications giant a couple of years when I heard a loud commotion outside.

I was outside with the smokers, though I’ve never smoked in my life, enjoying the sunny spring day on my morning break. Suddenly, I heard two women screaming at each other. The shouting soon turned into a flurry of flying fists. The catfight was on!

It wasn’t long, however, before the Springfield Police Department arrived to break up the fight. No one was arrested but the cause of the fight soon leaked out.

One female employee, who graduated from the same high school I did, had discovered that her husband was having an affair with a fellow female co-worker of hers.

Justifiable cause for a cat fight. However, probably best to take the spat outside the workplace in the parking lot.

I do not know if my former classmate ever filed for divorce but both combatants were able to keep their jobs. Frankly, I was surprised that my former classmate was involved in any kind of fisticuffs. She was always mild-mannered back in school. But you know what the Good Book says about hell and a woman scorned, right?