10 Best Places to Visit in the Philippines 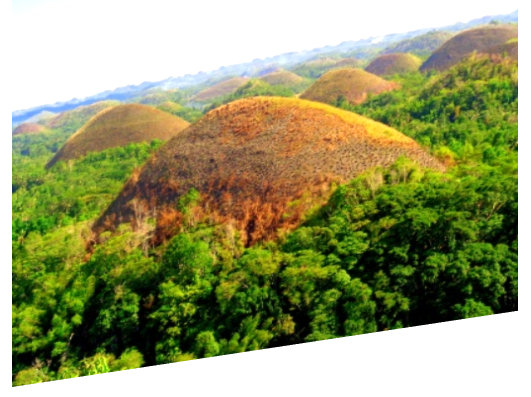 “10 Best Places to Visit in the Philippines” consists of the results of over 30 websites that I scrutinized using four different search engines. The compilation of this Top Ten List looked at other websites and their choices for the best places to visit in the archipelago.  More weight was given for picks that finished first, second and third. Each destination listed was given at least one vote.  Only the Top Ten picks of each website were given consideration. The websites I covered were everything from CNN to USA Today along with international and local publications.

Let’s kick off the “10 Best Places to Visit in the Philippines” with the Number 10 pick: 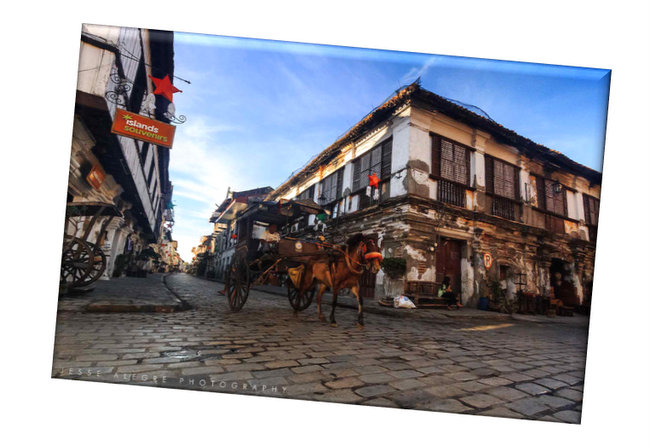 Vigan is an island located in Northern Luzon which used to be detached from the mainland by three rivers – the great Abra River, the Mestizo River and the Govantes River.

It is unique among the Philippine towns because it is the country’s most extensive and only surviving historic city that dates back to the 16th century Spanish colonial period.

Vigan was an important coastal trading post in pre-colonial times. Long before the Spanish galleons, Chinese junks sailing from the South China Sea came to Isla de Bigan through the Mestizo River that surrounded the island.

On board were sea-faring merchants that came to barter exotic goods from Asian kingdoms in exchange for gold, beeswax and other mountain products brought down by natives from the Cordilleras. Immigrants, mostly Chinese, settled in Vigan, intermarried with the natives and started the multi-cultural bloodline of the Bigueños. 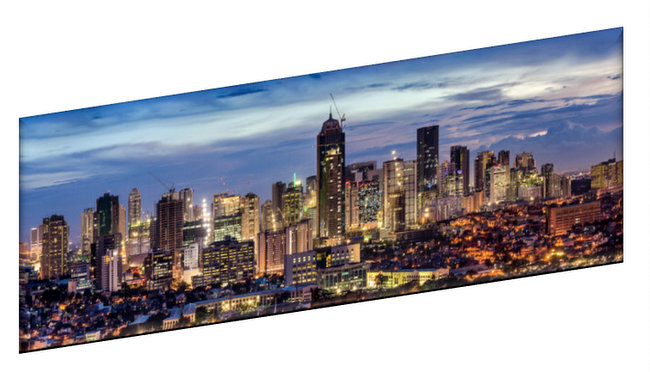 Manila is the capital of the Philippines and the most densely populated city proper in the world with 41,515 people per square kilometer. It’s ninth place finish in the Top Ten puts it into a virtual tie with 10th place, Vigan but garnered the 9th spot due to votes for specific locations in the metropolis such as San Agustin Church in Intramuros, Manila.

The Spanish City of Manila was founded on June 24, 1571, by Spanish conquistador Miguel López de Legazpi, which was regarded as the official foundation date of the city. Although, there are evidence of human habitation around the present-day site of the City since 3000 BC, making it one of the oldest cities in the world.

The term “Manila” is commonly used to refer to the whole metropolitan area, the greater metropolitan area or the city proper. The officially-defined metropolitan area called Metro Manila, the capital region of the Philippines, includes the much larger Quezon City and the Makati Central Business District.

Manila is also renown for its nightlife which rivals Las Vegas, New York City and other nightlife capitals throughout the world. My asawa and I have been to Manila numerous times. It’s a busy, thriving metropolis bursting to the seams with millions of people and endless traffic jams. 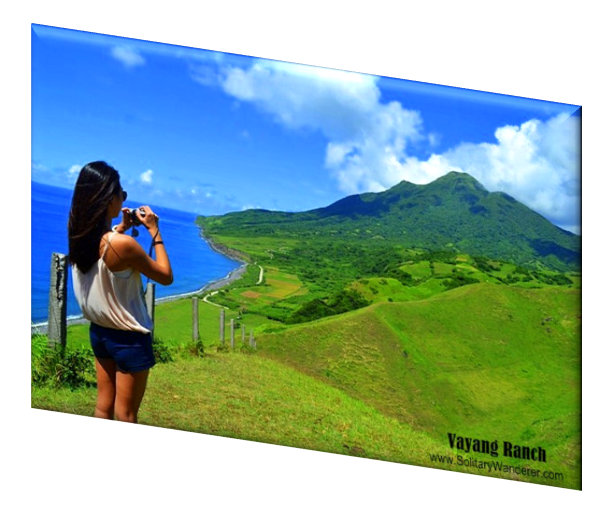 Batanes is an archipelago province in the Philippines situated in the Cagayan Valley region. It is the northernmost province in the country, and also the smallest, both in population and land area. Its capital is Basco located in the island of Batan.

The island group is located approximately 162 kilometers (101 mi) north of the Luzon mainland and about 190 kilometers (120 miles) south of Taiwan, separated from the Babuyan Islands of Cagayan Province by the Balintang Channel, and from Taiwan by the Bashi Channel. The province is listed in the tentative list of world heritage sites under UNESCO. (Source: Wikipedia)

So here’s the rub: I’ve lived in the Philippines for over eight years but must confess I’ve personally heard very little about Batanes. However, it garnered enough votes in various Top Ten Lists to end up in the Number 8 spot on this survey. My wife is familiar with the place but has never been there.

So what’s the draw? Some folks say that Batanes is the place that is the least like the Philippines without actually leaving the Philippines.  It’s the only location in the country that experiences four season year-round.  Remarkable. Here in our island province of Guimaras we only have two seasons: Hot and Humid or Rainy, Hot and Humid.

Batanes boasts such natural wonders as the Batanes hedgerows, the Chawa Viewdeck, and the rolling hills of Uyugan. Life goes on at a slower pace in Batanes and perhaps that’s the charm of the place. Worth a visit? Probably so.

During a day tour in Bohol in 2016, my asawa and I visited the Chocolate Hills, a geological formation in the Bohol province of the Philippines. There are at least 1,260 hills but there may be as many as 1,776 hills spread over an area of more than 50 square kilometers (20 sq mi). They are covered in green grass that turns brown (like chocolate) during the dry season, therefore the name.

It was a remarkable place to visit and the Chocolate Hills appeared multiple times on the Top Ten list of places to visit in the Philippines. We made our visit a year before nine people were killed after suspected members of Abu Sayyaf raided Bohol sparking a firefight with police earlier this year.

No doubt that terrorist attack severely damaged Bohol’s tourism numbers but things have quieted down since the assault.

The island resort also houses the Tarsier Sanctuary and a cruise on the Loboc River. We covered the island on a quickie one-day tour but it’s probably best to view the island over a period of a few days if you have the time. 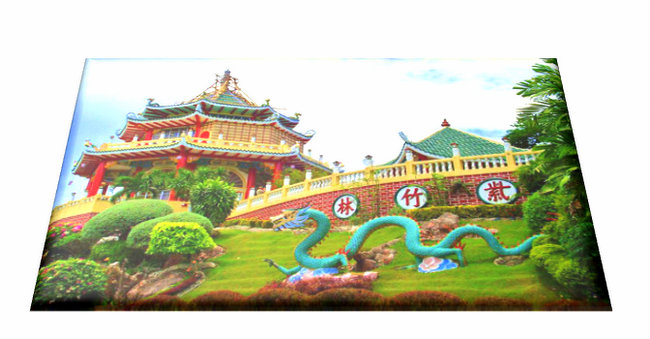 Cebu is a province of the Philippines, in the country’s Central Visayas region, comprising Cebu Island and more than 150 smaller surrounding islands and islets. Its prosperous port capital, Cebu City, retains landmarks from its 16th-century Spanish colonial past, including the Basilica Minore del Santo Niño church and triangular Fort San Pedro.

Cebu City, the “Queen City of the South,” is a place we’ve visited on numerous occasions. Cebu City has great shopping venues like the SM Seaside Cebu, the third largest mall in the Philippines. I would highly recommend a visit to Cebu as it surely deserves a place in the “10 Best Places to Visit in the Philippines.” 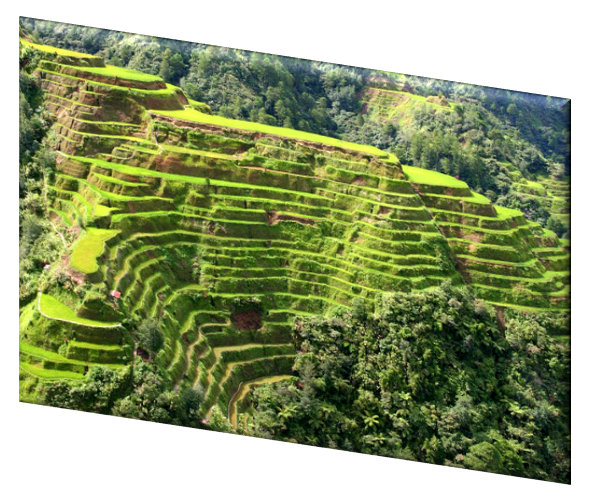 The Banaue Rice Terraces are 2,000-year-old terraces that were carved into the mountains of Ifugao in the Philippines by ancestors of the indigenous people. They are frequently called the “Eighth Wonder of the World”. It is commonly thought that the terraces were built with minimal equipment, largely by hand.

The terraces are located approximately 1500 meters (5000 ft) above sea level. They are fed by an ancient irrigation system from the rainforests above the terraces. It is said that if the steps were put end to end, it would encircle half the globe. 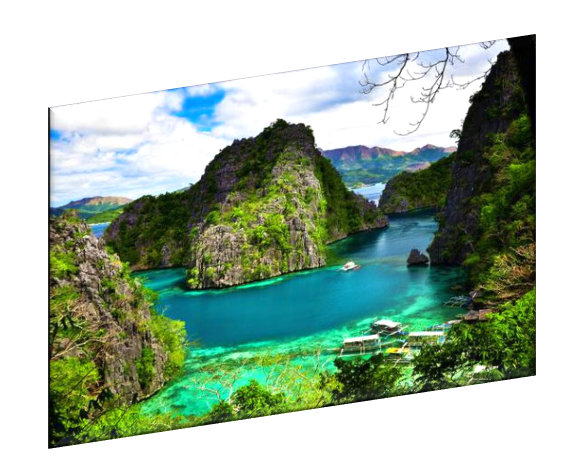 Coron, located in the province of Palawan, is a fantastic base for adventure, especially for underwater explorers seeking to dive amid the Japanese shipwrecks of the 1940s. Hop a guided mangrove kayak tour or practice your killer spike on the beach-volleyball court at Atwayan Beach. Jungle treks, horseback tours and island camping will further quench your thirst for the ultimate outdoor experience. (Source: Trip Advisor)

While my wife and I have been to Palawan we never traveled to Coron due to the fact that it’s almost 300 kilometers, 185 miles, from our starting point of Puerto Princesa. We didn’t have time to visit Coron but were able to visit the Underground River and El Nido. 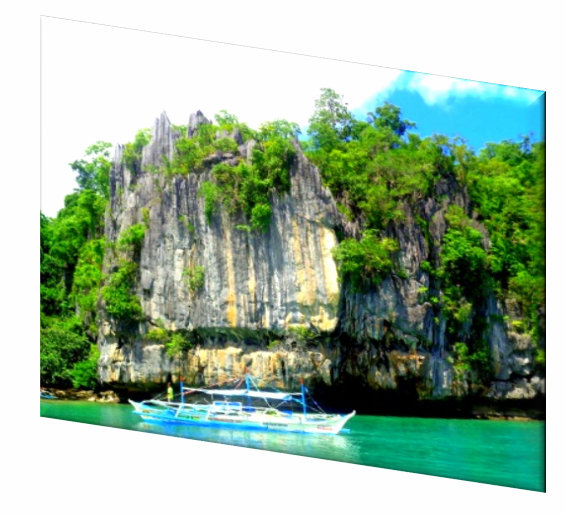 This New Seven Wonders of Nature site is about a two hour drive from Puerto Princesa. It topped the first round of voting in the New7Wonders of Nature competition. While the river itself is over eight kilometers in length, visitors are only allowed to travel the 1.5 kilometer distance.

The Puerto Princesa Subterranean River is reputed to be the world’s longest underground river. (Source: Wikipedia)

The place has an abundance of stunning views and was the highlight of our visit to Palawan. Most of the websites I scoured for this list had the Underground River Puerto Princesa as one of their favorite places to visit in the Philippines. Make sure you put it on your own “bucket list” of places to see. 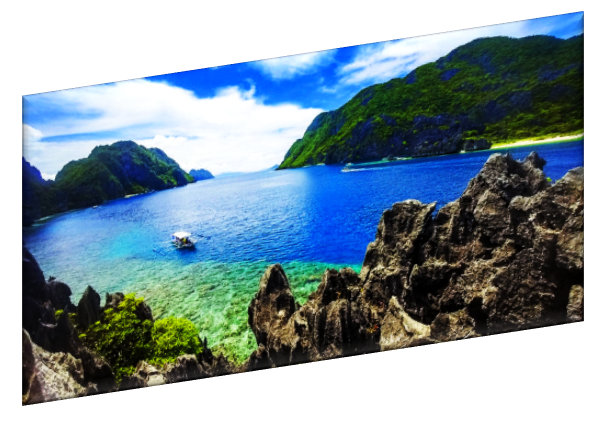 About six hours from Puerto Princesa is El Nido. We have a niece that works at one of the resorts there but unfortunately only had rainy day to visit this famed resort area. It’s known for its white-sand beaches, coral reefs and limestone cliffs. We hope to visit Palawan again (my wife has a brother there and numerous nieces and nephews) and will make sure we have enough time to visit both El Nido and Coron. After all, it did rank Number Two on the  “10 Best Places to Visit in the Philippines.”

Make sure you stop by and visit Bernie over at Marbers for a tasty dish of bratwurst and fried potatoes. If you love German food, you won’t be disappointed. 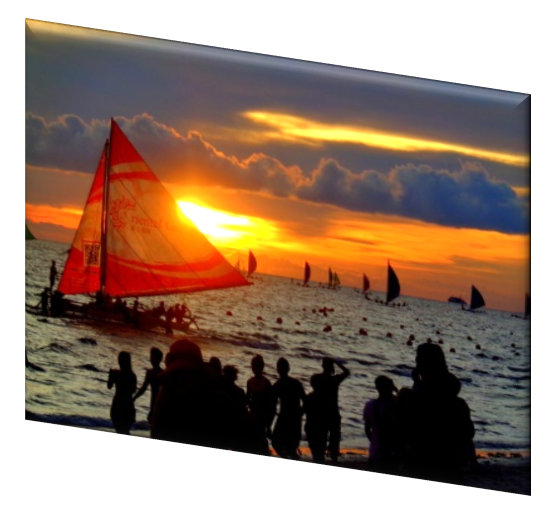 And finally, Boracay, world famous for its perfect white-powder sand beaches, was a landslide winner of the “Top 10 Places to Visit in the Philippines.” No other tourist site in the Philippines garnered as many top spots in all of the surveys I researched.

Consistently ranked year after year as one of the best beaches in the world.

Boracay is one of a cluster of islands of Panay in the Western Visayas region of the Philippines. It is a small bone-shaped island located approximately 200 kilometers south of Manila. Boracay is part of the municipality of Malay in the province of Aklan.

My wife and I have been to Boracay on two separate occasions. While the pesky vendors roaming the white beach are thicker than flies on a dog turd, Boracay features some of the most beautiful sunsets in the world. If you have the opportunity, I would highly recommend a visit to Boracay.

And, if you’re looking for a hotel with very reasonable rates, contact Willie for the best prices in town.

10 Best Places to Visit in the Philippines? We’ve been to six of the Top Ten. Only four more to go: Batanes, Vigan, Coron and the Banaue Rice Terraces.