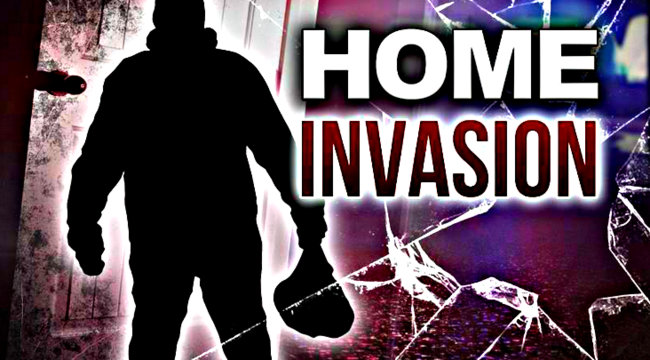 Around 6:30 pm on July 4th the “Mayberry RFD” of the Philippines, Guimaras, was invaded by armed vigilantes from nearby Iloilo province. Three masked men in civilian clothes armed with weapons stormed into the house of Ferdinand Ronzales where illegal gambling operations were allegedly being operated. Shots were fired.

The police were called. Law enforcement actually responded the same evening. Guimaras has no island-wide 911 emergency call system. “Filipino Time” was put on hold that night.

While a snail could outrace many residents on this sleepy island and not break a sweat, I have no doubt that Deputy Barney Fife, armed with the one bullet in his shirt pocket, would have quickly responded to the crisis.

Deputy Fife, the bumbling sidekick to Sheriff Andy Taylor on The Andy Griffith Show, was a popular American television show in the Sixties which featured the antics of the residents of fictional Mayberry, North Carolina.

Unlike some security guards in the Philippines who have to purchase their own bullets, Barney’s single bullet came courtesy of his boss, Sheriff Andy Taylor.

Nine accomplices of the alleged “Task Force Crusaders,” TFC, ringed the outside of the Ronzales hacienda while their three comrades terrorized the Ronzales household before police arrived.

The TF Crusaders are reputed to be under the Office of the Solicitor General (OSG) of the Philippine government. The armed invaders told the police that they only implemented a “mission order.”

Since Guimaras is in full red alert status any operations on the island must be coordinated with the police.

Also, because of the red alert status, all missions and even permits to carry firearms outside of one’s residence are suspended except for law enforcement officials.

According to Senior Superintendent Julio Gustilo, Guimaras police director, the TF Crusaders did not have a search warrant. All 12 members of the so-called task force were arrested for allegedly posing as police officers and illegal possession of firearms.

All of the 12 suspects came from nearby Iloilo province, a short 12-15 minute pump boat ride from Guimaras, the island province we call home. Eight of the “Crusaders” hailed from Iloilo City itself.

-two daggers and one Swiss knife;

-a handheld radio, identification cards, among others.

The Ronzales family plans to file cases for trespassing and grave threats, among other charges.

Only law enforcement agencies like the Philippine National Police can arrest a person or search a house. “Citizen’s Arrest,” like the one Gomer pulled on Deputy Fife for making an illegal U-turn with his squad car are probably not recognized during full alert status.

Once the full alert status is lifted, maybe folks could issue a “Citizen’s Arrest” for violations of the law committed by numerous Guimarasons on motorcycles.

The other day, while sitting in our Ford Ranger waiting for my asawa to come out of Southern Trading, a local grocery joint, I noticed only 112 motorcyclists out of 1,000 wore helmets as required by law. That’s only about a 11% compliance rate.

Admittedly I was bored but keep in mind that I’m a retired crusty old expat.

Rules and regulations are not strictly enforced on our tiny island province. I haven’t seen any law enforcement conduct checkpoints for years, though one expat did tell me recently he was stopped for the first time ever by a police checkpoint. He’s lived on our island province since 1992.

The story of the armed invaders from Iloilo even made the 6 pm broadcast of CNN Philippines. However, the reporter for the story incorrectly identified the intruders as “policemen.” They were not. The vigilantes were merely posing as police officers.

As a resident of the Philippines for over eight years now, this invasion by armed thugs from Iloilo is troubling to me. While I wholeheartedly support President Duterte’s war on drugs, vigilantes with weapons and no search warrants is not very reassuring.

Guimaras is usually peaceful and serene (unless a fiesta is going on) and aside from relatives occasionally trying to borrow money, no one bothers us. However, I’m hopeful that our local PNP’s prompt action, as Barney Fife, would say, did “nip it in the bud” and discourage any further intrusion from Iloilo armed vigilantes. (Source: The Daily Guardian)