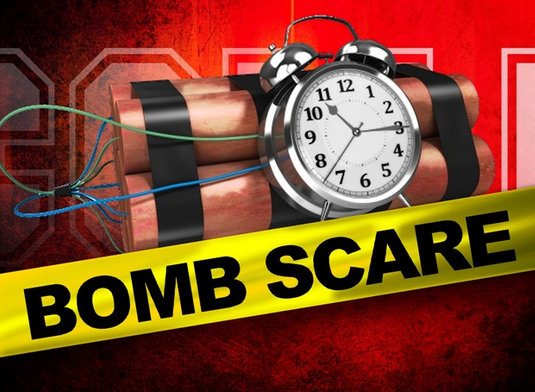 I was taking my afternoon siesta. The crusty old expat needs his “beauty sleep.” The sound of our eight dogs furiously yapping woke me up. An Aussie friend and his asawa swung their Ford Expedition into our driveway. Our good neighbors were there to inform us of a bomb scare in our home province of Guimaras.

The day before the bomb scare, Guimaras Governor Gumarin had placed our island under “red alert.” The Guv was concerned with the arrest of the Maute gang’s sister in nearby Iloilo City. The Maute thugs are a group of ISIS-wannabe’s, currently holding Marawi City in Mindanao under siege. Guimaras is only a 15-minute pump boat ride from Iloilo.

The Panay News reported that a black backpack had been left beside a Land Bank of the Philippines ATM last Friday morning. With the renewed threat of Communist Party insurgents in nearby Panay Island and the terrorist threat in Mindanao, Guimarasons were already on edge.

The Land Bank outlet in question is located near the provincial capitol in San Miguel, Jordan. It’s also near the elementary school our niece and nephew attend. The school was closed upon news of the threat and all schoolchildren evacuated from the building. 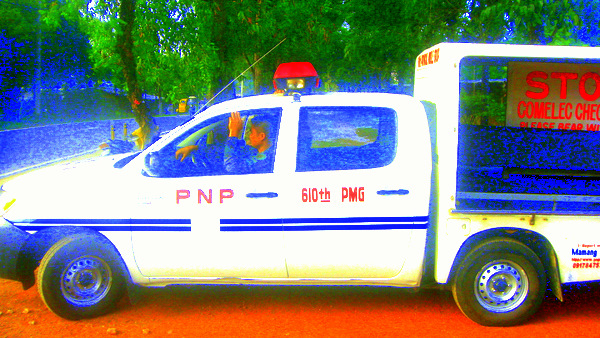 Now our Aussie friend that told us of the bomb scare had just been blocked from returning home through his usual route. Police had cordoned the area off and called a bomb squad of the Philippine Army.

Problem is, the bomb squad was located in Dingle on Panay Island about 47 kilometers away.

What Would Barney Do?

Now for those folks not familiar with Guimaras, the best way I can describe my home in the Philippines is to compare it with the fictional city of Mayberry from The Andy Griffith Show.

Barney Fife, Sheriff Andy Taylor’s deputy, would have gone bonkers over an event like a bomb scare in sleepy Mayberry. Mayberry was so laid back that if somebody farted loud it would have made headlines in the town newspaper.

Barney would have immediately deputized Gomer and Goober, the local gas station attendants, Floyd the Barber and Otis, the town drunk, to deal with the emergency.

No wonder that, as the Panay News reported, the bomb scare “prompted suspicion and fear among the authorities and civilians” of Guimaras. The backpack was thought to contain explosives.

The Expats Weigh In

Now my friend from the land of Oz and a group of expats had gathered at our favorite eatery that Friday night in San Miguel, Jordan, a few blocks from the bomb scare. At the time we had no knowledge of the abandoned backpack. Everyone knew that Land Bank was the subject of the bomb scare but I, personally, believed it was a threat sent by text message.

The Philippines is the texting capital of the world. If you want to get a rumor spread in a micro-second, sending a text message in the PH, along with Facebook, is the option most Filipinos use.

Thankfully, no explosive of any kind was found inside the bag, only a transistor radio, police later said. Officers are now searching for the person who left the bag. A witness told the police a group of men on board a white van left the bag.

Superintendent Julio Gustilo, Guimaras police director, later reported in a text message (what else?) that the person who left the bag was identified through security camera footage. The person, or his motive, was not identified at this time.

UPDATE FROM EYEWITNESS THAT REPORTED INCIDENT TO POLICE

I had occasion to speak to an eyewitness who was at the Land Bank in Guimaras the morning of the bomb scare. “Mikey,” not his real name,” was the one who reported the suspicious transistor radio to the police.

“Mikey” informs me that the transistor radio was wrapped in NEWSPAPER and not in a back pack as reported in the Panay News.

My source reports that the bomb squad from Dingle, Iloilo did not arrive until 2:00 pm that Friday afternoon. Thankfully, the bomb was not real as Guimaras does not have any qualified personnel to deal with bomb threats.

“Mikey” also reported to me that security camera footage showed that three men from the white van mentioned in the Panay News article pulled up to the bank at around 5:00 am that Friday morning and tossed the radio wrapped in newspaper onto the ground. The van was missing license plates. None of the men tried using the ATM for any transactions.

What was their motive? Perhaps they were trying to show the bank how easily they could drop off a package that could be a bomb and later try to extort money from the bank? The New People’s Army, NPA, is notorious for this.