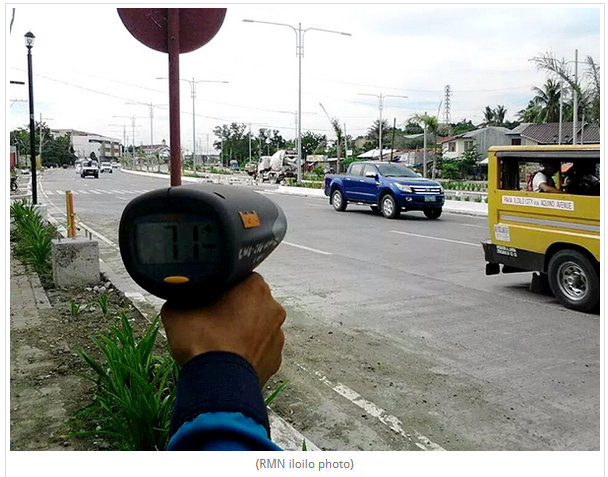 THE Transportation Management and Traffic Regulation Office (TMTRO) nabbed at least 35 violators this past Monday, June 1, 2017 in Iloilo City. It was the first day cops were enforcing the new speed limit law in the “City of Love.” Iloilo Speeders Could Get 6-Month Jail Sentence.

The Speed Limit Ordinance in Iloilo City is only being enforced along Diversion Road at the present time. Speed limit signs have yet to be installed in other roads of the city.

Ignorance of the Law?

“Some claimed they are not aware of the ordinance. It’s understandable for those who are not from the city and are here for the first time, but for others, maybe it was just an excuse,” Foerster said. “Like taxis, the faster they are the better. The more trips the more income they have,” he said.

Since Iloilo only has 10 radar guns, the TMTRO may conduct the enforcement randomly or divide into areas the use of the city’s limited speed guns.

Only Unused Breath Analyzers in Guimaras

In Guimaras, the island province we call home, I am not aware of any law enforcement officials in possession of radar guns. However, back in 2011, WHO, the World Health Organization, donated eight breath analyzers to test the alcohol intake of drivers.

In November 2010 Guimaras launched a program called the Road Traffic Injury Project (RTIP) in an effort to reduce road injuries in Guimaras. There were 1,429 reported and hospital-treated road injuries in 2009, not including those who did not seek treatment.

The donated breath analyzers were supposed to be a part of this new program, RTIP. It’s been reported to this website, however, that the breath analyzers have never been used. Why? None of the local law enforcement officials have been trained to use them. 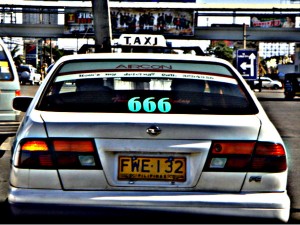 The penalties for violating the speed limit ordinance are as follows:

Violators who will refuse to surrender their driver’s licenses can be sent to prison.

The speed limits, however, are not applicable during emergencies and law enforcement operations. 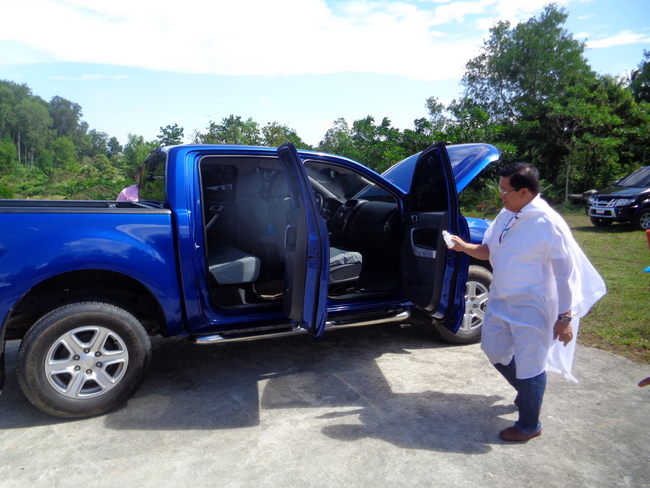 Our Road Trips to Iloilo City

We only take our blue Ford Ranger (and no, that’s not our truck in the lead photo being targeted by a radar gun) into Iloilo City when it needs service at our Ford dealership there.

It costs 800 pesos, 16 US dollars, for a round trip ticket to take our vehicle on the Roll-On, Roll Off Ferry (RORO) to nearby Iloilo. Why pay that much when it only cost 35 pesos, 70¢, to park our vehicle near Jordan Wharf, where we catch a pump boat to Iloilo for only 14 pesos, 28¢.

A jeepney ride in Iloilo only costs 7 pesos, 14¢ anywhere in the city. A taxi ride back to Ortiz Wharf with a load of groceries sets us back around 125 pesos, $2.50.

Plus, neither my asawa nor I drive in Iloilo City. We hire a trusted relative for 500 pesos, ten bucks, to take us to the Ford dealership and back to the RORO dock in Iloilo. However, once we return to Iloilo with our Ford Ranger, we’ll be sure to let our relative/driver know about the new speed limit law. None of us particularly want to spend any time in an Iloilo City jail.