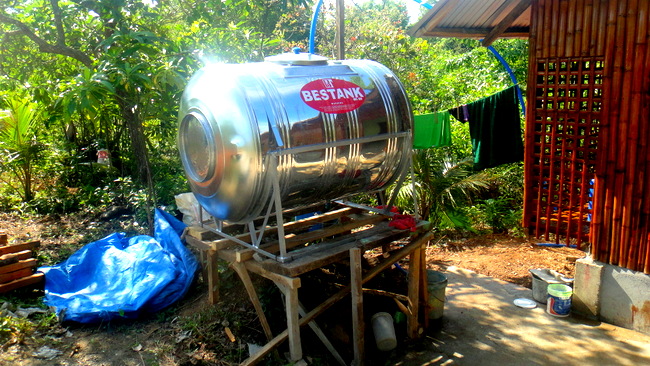 The rainy season has officially begun in the Philippines. PAGASA, Philippine Atmospheric, Geophysical and Astronomical Services Administration made the announcement on Tuesday, May 30. Last year’s rainy season began six days earlier on May 24. PAGASA is the national weather bureau of the Philippines.

PAGASA said there has been “widespread rainfall” in the past few days, signaling the shift from the dry to the wet season.

“The occurrence of widespread rainfall recorded in most PAGASA stations monitored in the last 5 days under Type 1 Climate confirms the onset of the rainy season,” said the state weather bureau in an advisory.

Type 1 Climate Conditions in the Philippines refers to the Dry season which runs from December to May.

PAGASA’s criteria for the beginning of the rainy season are 5 days of rain generating a total amount of at least 25 millimeters (mm) of rainfall. These 5 days must also include 3 straight days of at least 1 mm of rainfall.

The Southwest Monsoon, ‘habagat’, characterized by warm and humid weather, is responsible for the majority of rainfall during the rainy season.

The Philippine weather service predicts that most parts of the country are likely to have “near to above normal rainfall” in June and July.

“However, breaks in the rain events may also occur that can last for several days to weeks due to the persistence of the ridge of the North Pacific high pressure area,” said PAGASA.

2017 Cyclones in the Philippines

So far, the Philippines have had 4 tropical cyclones this year – Auring, Bising, Crising, and Dante. The country has an average of 20 typhoons a year.

PAGASA is calling on local government units and the public to prepare for the rainy season.  (Source: Rappler.com)

Last Year’s Drought was a Killer

Last year’s drought throughout the Philippines hit our island province of Guimaras particularly hard due to the effects of El Niño .

We had approximately 20 truckloads of water delivered to our home last year beginning in February at 2,500 pesos a truckload, 50 USD, for a total of 1,000 US Dollars. That figure doesn’t include the 27,000 pesos, 540 USD, it cost to fill our new swimming pool.

We only had one well at the time but had another new well dug last March. Our drinking water was obtained from a local service in Guimaras. The water delivered by the truckload, approximately two cubic tons each load, according to my sources, was for bathing and washing dishes and to water my asawa’s multitude of plants. 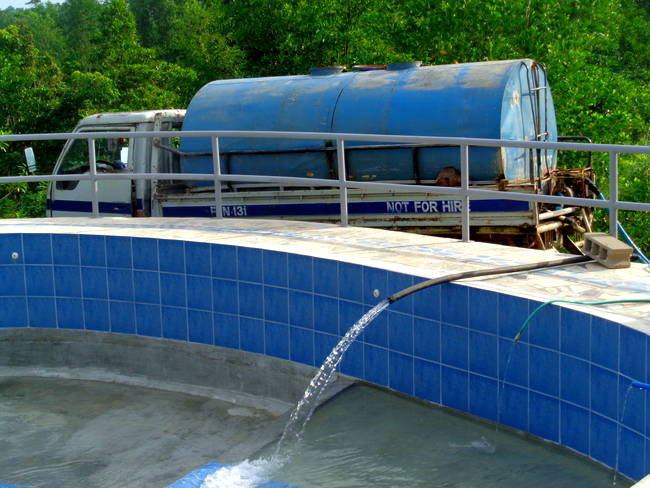 Short Summer and more rain this year in Guimaras

I always dread the summer months of April and May in the Philippines. High temperatures average close to 34-35 degrees Celsius, 93 degrees Fahrenheit. Combined with the high humidity, an average of 86%, the summer months are extremely difficult for me.

This summer, however, was marked by more rainfall which helped “cool” things down for us. We’ve only had two loads of water delivered to our home this year, a couple of weeks ago, and one of those deliveries was for our swimming pool.

Remarkably, I’ve only turned the air con on in our bedroom three times thus far this summer. Normally, I’ll run our air con from mid-April through mid-June.

While a few nights have been oppressively hot and humid, I doubt that even after almost eight years in the Philippines, I’m acclimatizing to weather in the Philippines. I believe the sparse use of air con can be attributed to the milder summer. Even Filipinos I have talked to have remarked that the summer season was quite short and more bearable this year.

Of course, I’ve had our fan on at the highest speed, 3, but that has managed to keep us cool throughout the last two months. I turn the fan to a lower speed after I get up in the morning for my asawa who doesn’t need as much cooling off as her overweight, bald-headed “kano” husband requires. I absolutely love the rainy season!