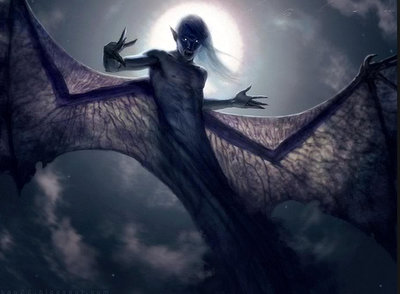 My asawa and I retired to the Philippines almost eight years ago. We’ve dealt with a myriad of devils and demons in this Southeast Asian archipelago since our move. Chief among these terrifying creatures is the Aswang.

An Aswang, or Manananggal, is a shape shifting monster in Filipino folklore and is usually depicted as a female.

Aswangs usually possess a combination of the traits of a vampire, a ghoul, a warlock/witch, or different species of werebeast, or even all of them together.

This monster is the subject of a wide variety of myths and stories. Spanish colonists noted that the Aswang was the most feared among the mythical creatures of the Philippines, even in the 16th century.

While Aswangs are known to inhabit southern parts of Luzon, and parts of Mindanao, for the sake of this article, I will only be dealing with the “Visayas Aswang.”

Since aswangs are shape-shifters they are known to live among the locals as regular townspeople, often quiet, shy and elusive. Our full-time maid, “Lennie,” suspected to be an aswang, is indeed quiet and shy.

However, that description could apply to 95% of Filipinos, as long as they haven’t quaffed copious bottles of Red Horse. (Source: Wikipedia)

My father-in-law who lives in the nipa hut behind us is afflicted with Alzheimer’s. He hadn’t eaten his dinner the past few days. This had baffled my wife and me until the other night when my spouse kept hearing her father repeat “aswang, aswang, aswang” over and over again whenever our helper, “Lennie”, had left him his food.

Lolo thought “Lennie” was an aswang.

Now our nephew that lives with us serves every meal to his lolo (grandpa) and lolo is eating again.

I’ve dealt with the issue of aswangs in the past.

In October 2009, I related the story of how my wife’s family was attacked by a shape-shifting aswang that tried to devour my spouse’s sister, Emily, who was a baby at the time. Aswangs love to chow down on innocent infants.

A year later, I reported on an aswang that was seen in San Joaquin, Iloilo province.

In March 2012, while living in Savannah Subdivision in Iloilo, I overheard my wife’s manicurist talking about an aswang who had attacked a tanod, barangay policeman, right outside our subdivision.

The 67-year-old aswang was so strong that the peace officer had to beat her off with a stingray switch. Every aswang hunter worth his salt knows that a stingray switch is the best defense against any aswang. Though, a “karmin” bracelet is also effective in dealing with the creatures.

I Confront Our Helper

Our helper and my wife were cooking in the dirty kitchen the day after I got word that our maid might be an aswang.

“Lennie,” I said. “Are you an aswang?” (I believe in the direct approach.)

“Lennie” was taken aback but managed to answer “no.” My wife just laughed.

Since my asawa, who’s had dealings with aswangs in the past, believes our helper, I’ll let it go… for now.

But rest assured, when darkness falls, I’ll be on high alert and looking out the window for any flying creatures of the night.