Clash of the Filipina Maids 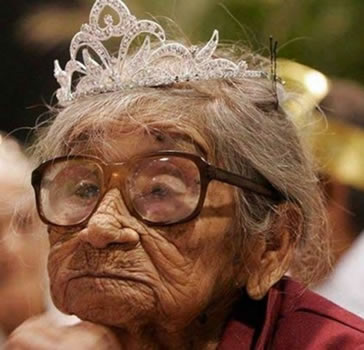 We’ve recently hired a new domestic helper for our household in Guimaras. The crusty old expat, yours truly, issued an “executive order” which proclaimed a new part-time helper was needed to augment our current staff. My “executive order” was not held up in any federal court.

Current Helper is Good Worker but Has Missed Work

“Lennie,” a thirty-something relative, who has been employed with us since the first of January, is capable and hard-working. This “older” laborer was previously employed as an OFW, Overseas Filipino Worker, as a domestic helper in Lebanon.

“Lennie” has cleaned, dusted, mopped and swept everything in our house every day without being asked.

That said, our new industrious maid did, however, miss two days of work in a span of two weeks. I went 11 straight years at my old job at AT&T without claiming one single sick day.

Two absences in such a short amount of time were not acceptable to me. I began networking with fellow expats and their spouses to see if anyone knew of a part-timer we could hire. “Lennie” works Monday through Saturday with Sundays off. Her salary is 3,500 pesos a month, 70 US Dollars, with room and board. 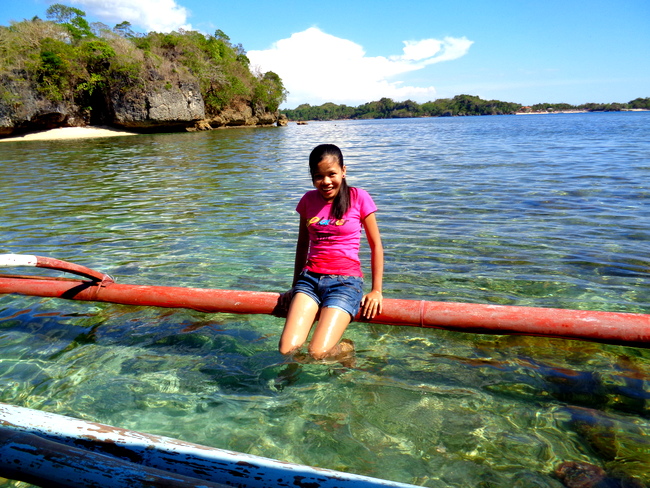 Our former helper, a relative, who was with us for two years

Looking for the New Helper

An additional helper that would work Friday through Monday, four days with three days off, could help out on the weekends when the laundry was done. The new helper could also cover Lennies’s day off. Salary? 2,500 pesos a month, 50 US Dollars, with room and board for the days she worked.

Now we pay way above the norm, 1500 pesos a month, 30 USD, for our region of the Philippines. The DOLE, Department of Labor, sets 1500 php as the minimum basic salary for our neck of the woods.

So why do we pay more? Because we insist on quality, hardworking employees that also have to bathe and feed my 85-year-old father-in-law who lives in a nipa hut behind us. My father-in-law has Alzheimer’s disease and needs extra attention. My asawa and I believe it is only fair to pay our helpers higher wages.

Candidate One: The Iloilo Hussy

After a week or so after asking fellow expats and their spouses about a possible part-time worker, we received three leads for possible help.

A very helpful Filipina, spouse of an expat friend, knew of a lady in nearby Iloilo who was a possible candidate. However, after speaking to the Filipina’s foreigner husband over a cold bottle of San Miguel Pale Pilsen, I was advised that the Iloilo woman might not be our best choice.

Seems the pinay in question has a penchant for “messing around” with other Filipina’s husbands after she’s had a few bottles of Red Horse; she was promptly removed from our list of candidates.

A 21-year-old Filipina was also recommended as our part-time domestic helper. Problem is, the young lady didn’t show up for her scheduled interview with my asawa. But, deciding to give the young lady another chance, we offered to pick her up the following day so my wife could chat with her.

My nephew and I took off in our blue Ford Ranger to the appointed meeting spot. My asawa was helping “Lennie” with the laundry. The young woman was to meet us at 8:30 am. At 9:00 am, my nephew phoned the Filipina who was still at home but “on the way.”

“On the way” in the Philippines could mean 30 minutes to several hours (or days.)

At 9:30 am, I had my nephew phone the tardy job candidate again. After keeping us waiting for an hour, she informed my nephew that she couldn’t get a ride to our place but would be there the next day.

Now that should have made us scratch us off our list for good but we decided to see if she would show up as promised the next day.

Around 9:00 am the following morning our Belgian Shepherd, “Killer,” was frantically barking at our front gate. A motorcyclist with a female passenger had arrived. We could only assume it was the Filipina who had missed two previous appointments. After we locked up “Killer,” the Filipina made her way to our front door.

The young Filipina handed my wife her resume. We never had any previous job applicants give us a job resume but I quickly looked it over.

“Can you cook?” I asked the young man who had come to the interview in shorts and a ball cap.

“Well, my wife really needs someone on the weekends who can cook,” I informed the young lady.

But, since we did need another helper, I left the decision to hire the girl up to my wife.

My asawa decided to give her a chance and asked how much the fare was for the motorcycle driver she had hired to reach our home. “150 pesos” was the reply, and that was for one way. The young woman lived in a remote part of Guimaras making travel very difficult. No jeepney routes ran nearby her home, so she said.

But it would cost us 300 pesos, six USD, for her fare each week in addition to her salary; it is our practice to provide all of our workers with their fares back and forth to work. In comparison, “Lennie’s” weekly fare is only 50 pesos, about one USD.

But what the 21-year-old potential new maid did not know was that we had another possible candidate who could work part-time for us. Once our brother-in-law’s helper had heard that we were looking for another worker, she informed my asawa that she knew of a 60-year-old lady that was looking for work.

60-year-old? At that age I figured the lady had some cooking skills. I took another “executive action” and informed the 21-year-old that she lived too far away. This frugal American expat in the Philippines wasn’t willing to shell out an extra six bucks a week for transportation costs.

However, my asawa overruled me and told the young woman that we would give her a chance; she could start work next week.

But was the crusty old expat able to convince his spouse to hire the older, 60-year-old Filipina? Stay tuned.