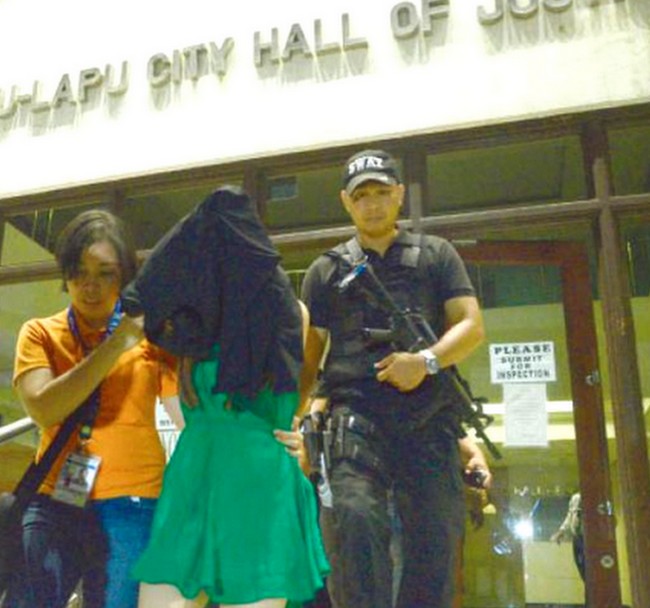 “More Female Pushers in Iloilo Peddling Shabu.” In Western Visayas, the region of the archipelago we call home, 34 women have been arrested for drug dealing. The bulk of females selling shabu (meth) are located on nearby Panay Island, Iloilo province.

The Police Regional Office 6 (PRO-6) has been carrying out “Project Double Barrel Reloaded” since March 1, 2017. 190 persons have been nabbed for selling drugs. The 34 Filipinas taken into custody comprise 18 percent of the total arrests.

Even seniors are getting into the act: Pilar Selorio, 71, a resident of Sta. Barbara town was recently arrested in Zarraga, Iloilo.

The PNP Regional Drug Enforcement Unit (RDEU), together with officers from the Zarraga Police Station, nabbed Selorio after she handed a sachet of suspected shabu worth P1,000 to an undercover agent.

Police later seized from Selorio four more sachets of shabu with an estimated street value of P43,000, 860 US Dollars, and a mobile phone.

“Before, it’s seldom that we could catch women into illegal drug pushing. Usually, they were arrested if they collude with their partners or husbands,” said Superintendent Gilbert Gorero, PRO-6 spokesperson.

Local law enforcement officials have also noted how bold the Panay pinay pushers have been in selling shabu.

“The big volume of shabu we recently recovered was from women pushers,” Gorero said.

Gorero theorized that employing women in illegal drug deals could be a strategy of some drug lords.

“With women, there are a few technicalities involved. Male anti-narcotics operatives could not just frisked them, as they might be accused of harassment,” Gorero said.

The superintendent noted that there is an impression that women are less likely to commit crimes than men.

Over 2.5 Million Pesos Worth of Shabu Seized from Women

On April 30, three women were arrested in two separate but related anti-illegal drug operations in Iloilo City. The value of suspected shabu seized from suspects Jennie Bee Goriona, Vivian Sian, and Susan Sobrepeña was estimated at P2.6 million, 52,000 US Dollars.

Are there any pinay pushers in Guimaras, the island province we call home? Police arrested a Filipina suspected of pushing illegal drugs in a buy-bust operation in Buenavista, Guimaras, last March 5th, 2016.

According to the Guimaras police, Bedeo was one of the alleged sources of shabu, methamphetamine in the town.

Five more plastic sachets containing suspected shabu and the P500 marked money used by the undercover policeman were recovered from the suspect’s possession.

So even sleepy little Guimaras, the Mayberry RFD of the Philippines, has females pushing shabu. Sadly, I’m not shocked.