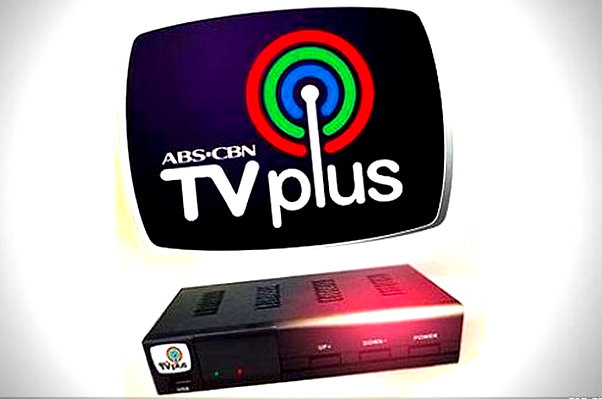 Regular readers of “Philippines Plus” know your author, the crusty old expat, is a cheap son-of-a-gun. Sure, we might be paying big bucks for our monthly 1290 Peso Plan with Cignal satellite, 26 bucks, but I wanted a more frugal option for one of our other four television sets

Now you might be wondering why we have four sets in the first place. While I can only watch one boob tube at a time, it all boils down to mere convenience for me.

One tv is  hooked up to our satellite dish.

Another set is hooked up to our MagicSing karaoke system.

A third television is connected to our Nintendo Wii video game.

And now, our fourth set, located in our guest bedroom, is hooked up to our new ABS-CBN TVplus Black Box.

Look, I know there’s starving children in India but I’m not Mother Teresa, OK? I hate bothering hooking up different gadgets to the same television set. Having four telly’s makes it easier for me. I’m willing to spend some extra cash to make my life easier. 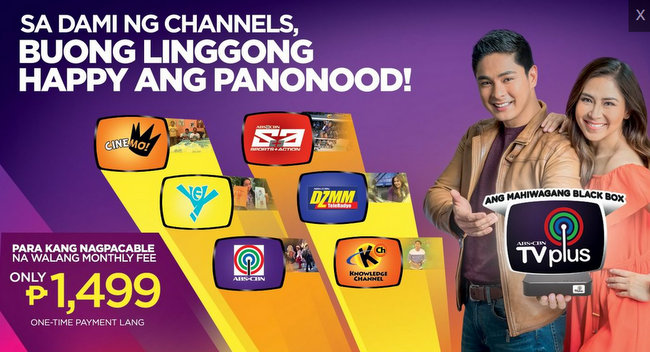 WHY NOT BUY ANOTHER DIGITAL BLACK BOX FROM CIGNAL?

Sure, I could have purchased another black box from Cignal. Truth is, I already have an extra box from them but I didn’t want to pay for additional monthly programming. With the ABS-CBN gadget, I only have a one-time charge of 1499 pesos, 30 bucks.

Here’s the scoop. We only get a limited number of channels on the ABS-CBN gadget and the available stations all originate in the Philippines. While my asawa and I normally watch only non-Filipino programs, save for “Ang Probinsyano” (The Province Man), our maid and niece that live with us prefer to watch Filipino programming.

Sooooooo, nice guy that I am, I figure why not plunk down the cash for the ABS-CBN black box. While our live-in domestic helper enjoys watching “Ang Probinsyano” at 8 pm, she’s too shy to come into our living room and watch it with my asawa and me. 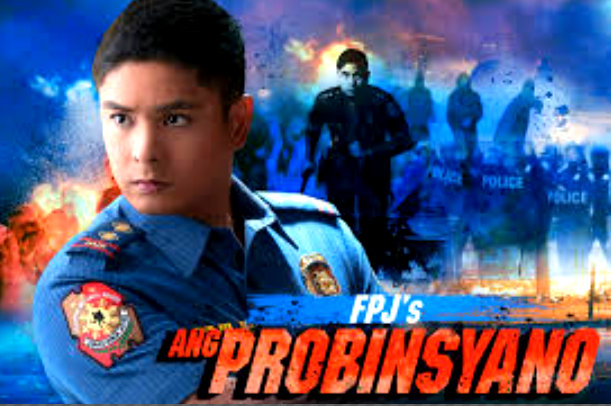 ABS-CBN TVplus is a digital terrestrial television product and service owned and operated by ABS-CBN Convergence, a subsidiary of ABS-CBN.

The set comes with a indoor antenna suitable for a duwende but the picture quality is good. While the box doesn’t offer HD-quality pictures like our Cignal set-up, I’m impressed the minuscule antenna that I placed near a window works as well as it does.

SIGNAL IN GUIMARAS BUT NOT ALL OF ILOILO

We purchased our ABS-CBN TVplus black box from an outlet at the CyberZone in SM City. The helpful employee at Computer Concept checked to make sure we could get a signal in our island province of Guimaras. Coverage in Guimaras was available in our municipality. Parts of Iloilo cannot receive a signal.

The associate activated our black box and set up our available channels.

It didn’t take long for me to set up the box and get a signal. I was impressed. Even a crusty old expat like me could handle this new-fangled gadget. I figure even a trained monkey can do it so most of my readers should be covered.

When my asawa and I first moved to the Philippines almost eight years ago, we could have used a budget-friendly device like the ABS-CBNplus black box. The picture quality on the box is much better than the cable outlet we first used on our island province plus there’s no monthly fees to pay.

If you’re looking for a inexpensive alternative to cable or satellite tv in the Philippines, the ABS-CBNplus black box is a good alternative and worth checking out. This crusty old expat recommends it.