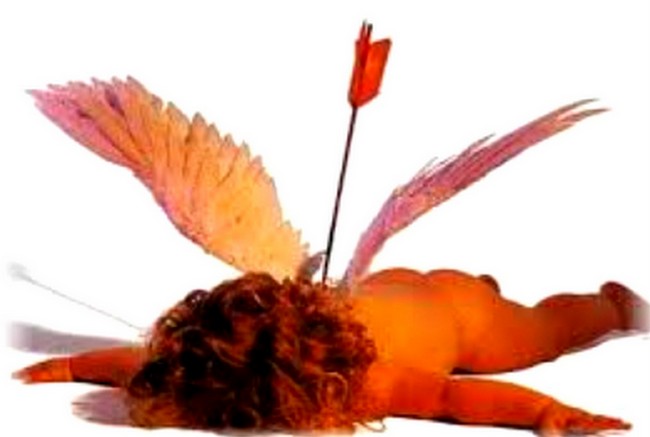 True Love. Sometimes its not always Cupid firing off those arrows to the heart. Occasionally it’s Lucifer himself, masquerading as an angel of light. Case in point: “Sweetheart Scam: Guimaras Woman Loses 32 Million Pesos.”

FILIPINA FROM GUIMARAS IS THE VICTIM

A Filipina from our own island province of Guimaras recently lost 640,000 US Dollars to Nigerian and Malaysian scammers.

Mercy (not her real name), is a widow of a British national.  She resides in Buenavista, Guimaras, Barangay Agsanayan Carigon. The Pinay went to the National Bureau of Investigation 6 (NBI-6) after she feared she had fallen for an online scam.

WHAT’S LOVE GOT TO DO WITH IT

Mercy met the group’s alleged mastermind, Nigerian Ogba Peter Amawhe who is based in Malaysia, in an online chat room in April 2016.

Amawhe, who remains at-large, introduced himself as Stephen Desmond, an American national based in Chicago, Illinois.

It was the usual online “sweetheart scam“. Like “The Father of Lies”, Ol’ Slewfoot himself, “Desmond” worked his magic on the widow from Guimaras. Mercy fell in love with him.

After the hook was firmly set, Amawhe hinted to Mercy that he was planning to open a petroleum-related business with a capital of P500 million.

The Nigerian scammer convinced Mercy to open six bank accounts where she made deposits in several branches.

She eventually coughed up 32 million pesos!

ALL OUT OF LOVE, THE TRAP IS SET

When the business transaction did not materialize, a giant light bulb finally lit up over the widow’s head. Mercy feared that she may have been conned.

That’s when the Pinay hopped on a pump boat and skedaddled over to NBI HQ’s in nearby Iloilo.

She agreed to give an additional P8 million for bait. This time the money would be used for an entrapment the NBI had planned.

Amawhe agreed that someone would pick up the initial P3 million. That someone was Rosalyn Ibarra, a Filipina. Ibarra was arrested during the entrapment operation in Cavite.

Ibarra, a resident of Bacoor, Cavite, was the live-in partner of  Nigerian national Frances Onyebuchi Amadi, a member of the scam gang.

Meanwhile, not knowing that Ibarra was already busted, Amawhe’s group went on with the deal, expecting to get the remaining P5 million. The greedy bastards!

But their run ended in Iloilo City when NBI agents collared them.

The four foreigners were charged with syndicated estafa in relation to the Cybercrime Prevention Act of 2012 at the Iloilo City Prosecutor’s Office on Feb. 27, 2017.

The five are now in NBI custody while efforts are being made to find and arrest Amawhe, whose true identity was uncovered after NBI operatives tracked down his internet protocol (IP) address.

THE FBI WARNS: “DON’T DO ANYTHING FOR LOVE.”

On what is known as the “Sweetheart Scam,” the US Federal Bureau of Investigation said victims are contacted online by someone pretending to be interested in them.

He or she may receive a phony profile or phony photo from the scammer, forming a connection.

The next thing they know, victims begin receiving roses, chocolates and gifts. But ultimately, the victim’s newly found admirer is going to ask the victim for money.

According to the FBI, the average financial loss from these romance schemes is between $15,000 and $20,000. That number is nearly double what it was a decade ago.

The victims are mostly women between 50 and 59 who believe they’re in a real relationship.

While I’ve dealt mostly with Filipina scammers preying on foreigners online, my advice to anyone online is the same I’ve given for years on this website:

IF THEY ASK YOU FOR MONEY ONLINE, RUN!!!