Philippine Bureau of Immigration Barred 9,000 Aliens from Entering RP in 2016 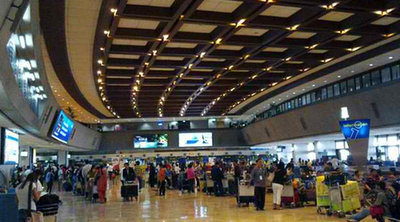 Bureau of Immigration (BI) inspectors at the Ninoy Aquino International Airport (NAIA) and other ports of entry turned back more than 9,000 foreign travelers last year.

This was a result of the BI’s intensified efforts to strengthen border security and prevent the entry of undesirable aliens in the Philippines.

“That we were able to stop these unwanted aliens from entering our borders is proof of our continued vigilance in the discharge of our mandate as gatekeepers of the country,” the BI Chief said.

Kicked Out to Prevent Aliens from Becoming a Public Charge

Morente revealed that most of the excluded aliens were denied entry after they were identified as likely to become public charges.

A public charge refers to an alien who is likely to become primarily dependent on the government for subsistence due to his lack of capacity to support his stay in the country, thus making him an added burden to society.

A foreigner may also be refused admission if based on the immigration officer’s assessment his presence here is considered harmful to the national interest or a threat to public health and safety.

According to Marc Red Marinas, Acting BI Port Operations Division Chief, those who were turned back also included aliens who are on the bureau’s blacklist of undesirable aliens such as fugitives, suspected terrorists, and convicted sex offenders.

“We also turned away foreign passengers who did not have entry visas and those who failed to procure outbound tickets which is a basic requirement for foreign tourists,” Mariñas said.

It was learned that 2,034 Chinese nationals topped the list of the excluded aliens, followed by 269 Indians, 179 Vietnamese, 163 Americans, and 119 Indonesians.

Although the bulk of the excluded aliens were intercepted at the NAIA, there were also a few who were turned away in the other international airports such as Mactan, Clark, Kalibo, Iloilo, and Davao.

There were no reported protests, rioting and looting across the Philippines to protest the ban.
(From Philippine Bureau of Immigration Press Release dated January 27, 2017)