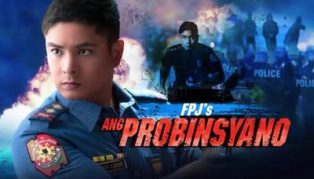 “Philippines: My Top Ten Favorite TV Shows.” I retired to the Philippines with my lovely Filipina wife almost eight years now. During that time I’ve logged in countless hours of “boob tube” time scouring the vast TV wasteland. Researchers at Oregon State University did a study years ago which revealed what any red-blooded, beer-bellied American guy already knows: men are more likely to dominate use of the remote control, more likely to annoy their partners with its use, and more likely to “channel surf” – skipping from channel to channel in the endless pursuit of perfect television. I plead “nolo contender“ to all of the above.

That said, here’s a list of my favorite shows I’ve viewed over the past years while living in the Philippines. The vast majority of the programs I’ve enjoyed originated from the States. However, there is one program which originates from the archipelago that I’ve included.

My current “have-to-watch” show. This sitcom depicts a lower-middle-class family and their humorous struggles with life in The Midwest, Indiana. I probably enjoy this show so much since, I, too, come from the Midwest, Central Illinois. I can relate to Mike, the dad on this comedy, who always wears plaid shirts, much like I did back in Illinois during the harsh, cold winters.

The programs airs three times a week on 2nd Avenue in the Philippines. I catch the 5:30 am showing every Thursday. I don’t want to take a chance and miss the Sunday afternoon airing in case we experience one of our infamous Guimelco brown outs.

Gritty, dark, violent with lots of action. Sorry to see this program end. One of my all-time favorite television programs along with “The Sopranos” and black-and-white episodes of “The Andy Griffith Show” when Don Knotts co-starred as ace deputy sheriff Barney Fife.

Gritty, dark, violent with lots of action (see a pattern here?)  Timothy Olyphant portrayed Raylan Givens, a tough deputy U.S. Marshal enforcing his own brand of justice in his hometown of Harlan, Kentucky.  Boyd Crowder (Walton Goggins) played his nemesis throughout the series.

A reality show which airs on National Geographic. Wicked Tuna follows a group of salty fishermen from the nation’s oldest seaport, Gloucester, Massachusetts, as they make their living the way it’s been done for centuries—rod and reel fishing, one catch at a time—all in pursuit of the blue fin tuna. Dave Carraro is my favorite captain. Youngster Tyler is a loud-mouthed punk.

Who would ever thought that one of the original “Brat Pack” would turn into a stone cold killer? James Spader, the lead, realistically portrays Raymond “Red” Reddington, a former U.S. Navy officer turned high-profile criminal.

“Red” voluntarily surrenders to the FBI after eluding capture for decades. He tells the FBI that he has a list of the most dangerous criminals in the world that he has compiled over the years. Reddington is willing to inform on their operations in exchange for immunity from prosecution.  It’s gritty, dark and violent, a recurring theme in my top ten favorite shows.

Phew! Finally a break from gritty, dark and violent. Steve Carell was brilliant as Michael Scott, the head office doofus.

Todd is always breaking Parker’s balls, but the young Parker usually gets more gold at the end of the season always putting Todd in his place. One of my favorite shows on Discovery.

Now in its 3rd season on the History Channel, 10 people are thrown onto a remote location without any back-up crew. Each person is allowed to bring ten items with them, exlcuding the cameras they’re provided with to film their saga. Last man (or woman) standing gets a cool 500,000 US Dollars.

Chicago P.D. is an American police drama television series, a spin-off from Chicago Fire. The show focuses on a uniformed police patrol and the Intelligence Unit of the Chicago Police Department that pursues the perpetrators of the city’s major street offenses.

It is considered one of the highest-rating Philippine TV series of all times, garnering a Nationwide Rating of 46.7% on its 92nd episode (Source: Wikipedia.)

My asawa and I view this show Monday through Friday without fail. It’s the only Filipino show that I watch. It’s action-packed, but not always so dark and gritty. I’m able to pick up most of the plot since many of the lines are spoken in Taglish.