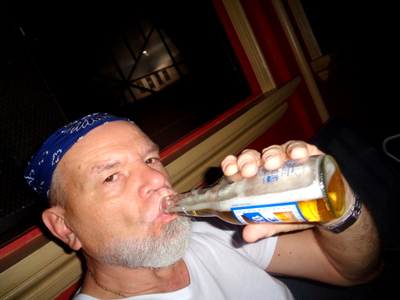 I experienced “My San Mig Light Ephipany” early one Sunday evening. Another brown out, courtesy of our local “power” company, Guimelco, had struck our sleepy island province of Guimaras. Mayberry is a boom town compared to Guimaras. Our sidewalks roll up at 6 pm. The majority of activity after the sun sets consists of tricycle drivers trolling for 10-peso-a-ride-passengers while burning up 20 pesos of gasoline in the process.

A COLD SAN MIG LIGHT BY THE POOL

It was a little past 6 pm. I was watching the latest episode of “Fresh Off the Boat” on Fox when our power outage smacked me in the face. Grabbed a cold San Mig Light from our fridge and stepped outside to our backyard pool. Plunked my fat kano butt down on the polished aluminum bench and took in the view. It was then I had “My San Mig Light Ephipany.” 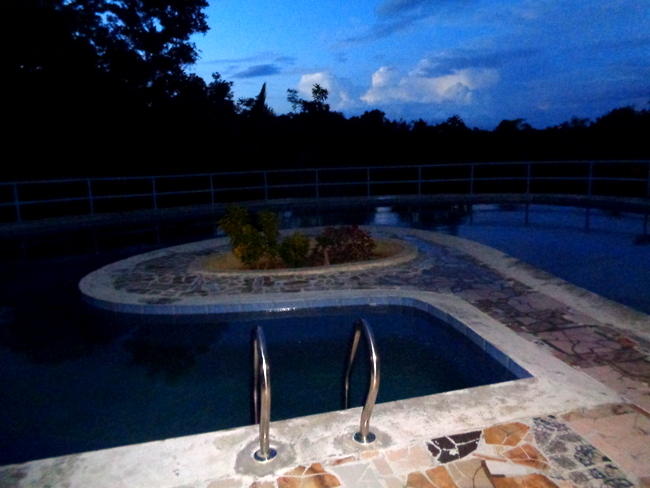 Because of the power outage, I was going to miss the 6 o’clock news on CNN Philippines. I only catch this newscast because it’s in English. Normally, during the day, I’ll get my dose of news from the States via Fox News courtesy of our Cignal satellite.

But as I sat, sipping my San Mig Light, looking across the night sky, I realized I didn’t have to watch the news everyday. On CNN Philippines I would only be missing the daily criticisms of President Duterte and his war on drugs.

“Ignorance is bliss” the old cliché goes. Why bother with being informed and interfere with my life in paradise?

But I finished my bottle of San Mig Light, left over from our House Blessing, even as our power returned during the news broadcast.

What does it all really matter in the grand scheme of things? Polishing off my San Mig and enjoying the twilight view took priority that particular Sunday evening. I imagine Andy and Barney would have done the same as they sat on Aunt Bee’s front porch swing in their Sunday best reminiscing about the day’s events in Mayberry RFD.