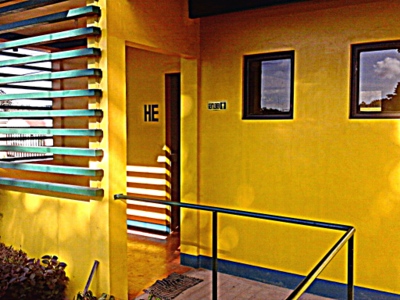 If you’re about to sit down to a meal while you’re reading this, be forewarned, you might not have the stomach for this post. “The Poop & Nothing But(t) the Poop” details my latest visit to our local hospital in Guimaras.

FIVE DAYS WITHOUT ONE TURD

Still there? There’s no polite way to say it. I hadn’t been able to take a crap in five days.

I’ve never been that backed up my entire adult life.

I recall my dear, departed Grandmother always having Bran Flakes and prune juice on hand. Now I can relate.

My dear asawa had been trying to get me to go the doctor.

Dropping in to see a physician ranks right up there with visiting a dentist.

But last Wednesday morning around 8:00 am, my discomfort was so intense I advised my spouse that I needed to go to the hospital….now!

Our provincial hospital in Guimaras, the island province we call home, is about a 10-minute drive from our home if you step on the gas.

My amazing asawa, who learned to drive in the States at the age of 40, did indeed “put the pedal to the metal”. She could have passed up “The Flash” if he had been on the road that day.

My spouse quickly parked our Ford Ranger truck. We made our way to the emergency room. There was no way I was going to be able to wait for Outpatient Services which would take from three to four hours.

There wasn’t even room to swing a dead cat in the emergency room. While I managed to snag the one remaining plastic chair available as my wife went to the emergency room counter, I hoped my wait wouldn’t be long. I was becoming extremely nauseous.

CONSTIPATION IS TECHNICALLY NOT AN EMERGENCY 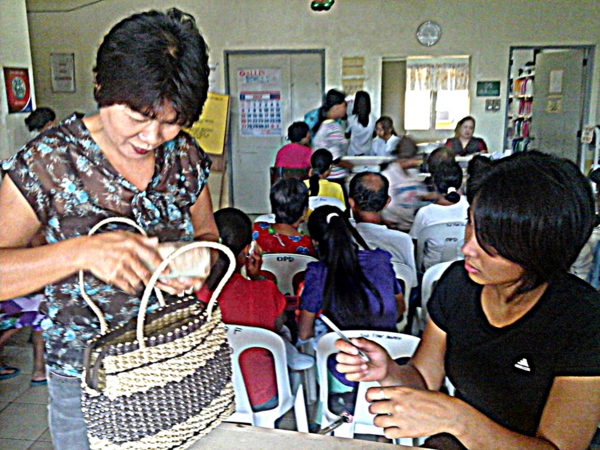 Look, I get it. Constipation is technically not an emergency. While previous visits to this medical facility for kidney stone attacks did qualify as an emergency, I was counting on my asawa getting some fast results.

Thankfully, an emergency room doctor came over to me a few minutes after my arrival. The doc consulted with my wife in the local Ilonggo dialect, as I squirmed uncomfortably hoping to get some quick relief.

The doctor’s solution to my problem? SUPPOSITORIES!

I protested. My wife had gone to our local drug store the day before to purchase some medicine for my condition. The local drug dealer was out of any pills like Ducolax, so the pharmacist sold my asawa a suppository.

I advised my wife that the suppository jammed up my butt didn’t work so why a suppository now?

That’s what the doctor ordered, I was advised. We were escorted to an area with air con behind the emergency room.

I stripped down to my boxers. Soon a male nurse arrived to deposit the suppositories.

“How long will it take?” I asked, losing any sense of dignity I had.

THE POOP & NOTHING BUT THE POOP? 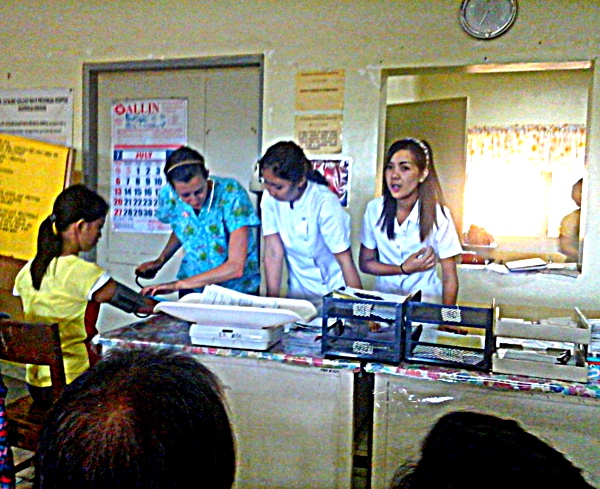 30 minutes passed. (Time and nothing else had passed at this point.)

45 minutes passed. Still no sign of any emerging poop. Much like a newborn baby that first pops it’s tiny head after being pushed through the birth canal, I was anxious for any tardy turd to make an appearance in my butt.

After an hour went by with no sign of any crap, I complained to my wife. My loving and patient asawa went outside to chat with the attending nurse.

I was informed that my poop was going to be very hard and it would take awhile yet.

In the meantime, with my face to the wall and my covered butt facing out, I could hear other people in our room. Soon, I heard cries of “Help, Papa!”

A young girl was having her knee stitched up and likely without any anesthesia.  After ten minutes of listening to the poor girl’s suffering, I put on my pants and advised my asawa it was time to leave. Poop or no poop.

As I made my way to the same plastic chair I had occupied in the Emergency Room my better half went to speak with my doctor. After a brief huddle, the physician wrote out two prescriptions for oral medications, neither of which involved suppositories.

The doctor, who was extremely kind and helpful, also advised my wife that I should not eat bananas or drink a lot of water. One of the reasons I was in so much pain was that the water I had been consuming was not passing through as urine. It was being blocked.

Bananas, I later discovered, are one of the top seven foods that cause constipation. Dairy products, such as whole milk and cheese, white rice, fried foods, snack foods, and red meat also can contribute to constipation. All crap that I enjoy.

As my wife went to purchase the needed medications at the local pharmacy, I waited in our truck.

And yes, that is when the poop finally started to come.

Thankfully, my wife was able to race home, this time actually passing The Flash who had stopped for a Red Horse at a local eatery. A change of clothes and a shower and I was finally finding relief after five days. I hadn’t experienced such pain since my kidney stone attacks several years ago.

A BIG THANKS to my ever-loving spouse and to the doctors and staff at the Provincial Hospital in Guimaras. It feels great to be regular again.

(In case you run into a similar problem, the laxative prescribed by the doctor is called “Lactulose.” Lactulose is to be taken once a day after a meal. I was also prescribed some tiny pills that I am to take three times a day before a meal. These meds are called Domperidone.

Can get you get them without a prescription? Probably, my wife had refilled various prescription medications I’ve had since the original prescriptions never have any refill limits on them.

Plus, my sister-in-law once obtained steroids for my wife years ago for severe knee pain my spouse had. Didn’t need a prescription but the doctor that treated my asawa said the drug store shouldn’t have sold the steroids without one.)

5 thoughts on “The Whole Poop & Nothing But(t) the Poop”