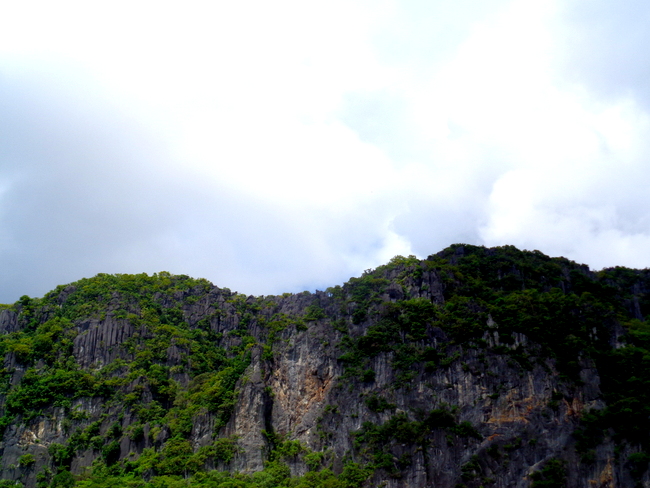 Electrifying El Nido is a first class municipality located in the province of Palawan in the Philippines. It is about 420 kilometers (260 mi) south-west of Manila, and about 238 kilometers (148 mi) north-east of Puerto Princesa, Palawan’s capital. It’s known for its white-sand beaches, coral reefs and limestone cliffs.

WAITING FOR THE BUS TO EL NIDO

El Nido is currently ranked #1 in Condé Nast Traveler‘s list of “20 Most Beautiful Beaches in the World.”  CNNGo has called it the Best Beach and Island destination in the Philippines for its “extraordinary natural splendor and ecosystem.” (Source: Wikipedia)

My lovely asawa and I had just spent a night in Taytay visiting relatives. Because my wife’s brother is a traffic enforcer in the city, he has many contacts. Since my brother-in-law has connections, I was hopeful we wouldn’t have to wait long for a ride to El Nido which was about an hour away.

While I might be a retired American expat in the Philippines and have plenty of time to squander, we were on a limited time schedule. We had to be back in Puerto Princesa the next morning for a trip to the Underground River. It was a 5-6 hour trip to the capital from El Nido. 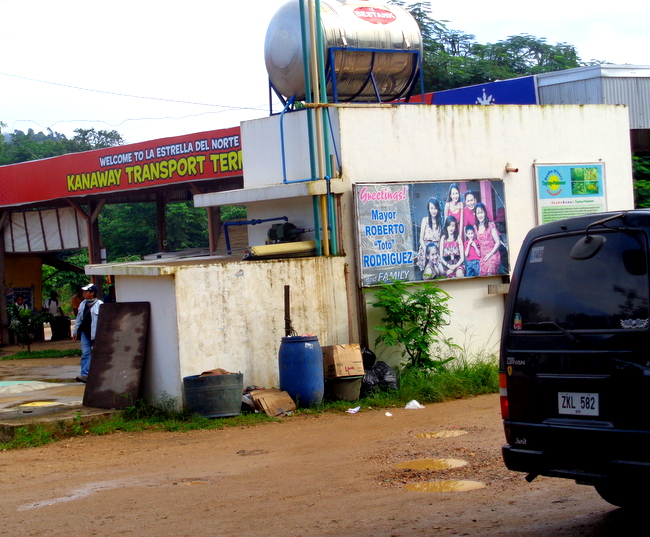 One non-air conditioned vehicle from Cherry Bus had just left. My brother-in-law made the rounds talking to various van operators. One driver said he would take us for 1,500 pesos, 31 US Dollars.

We would wait. And wait we did. 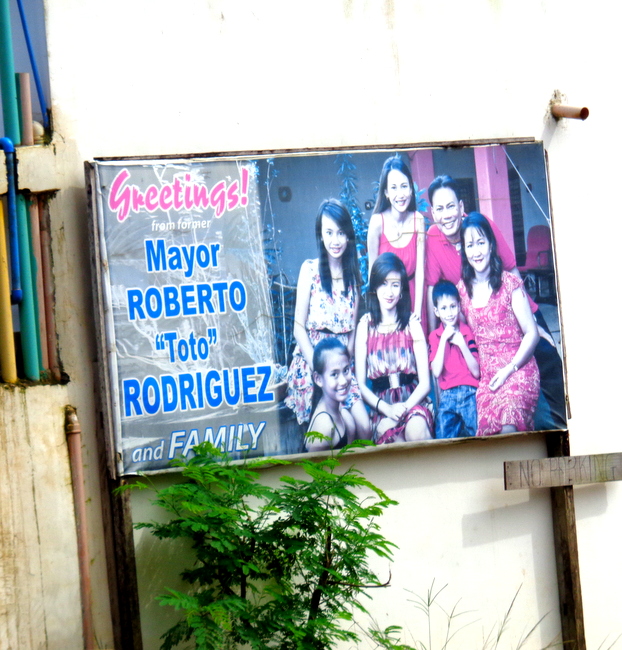 Former mayor of Taytay and his family welcome all visitors

FINALLY ON OUR WAY

Consequently, because I was too cheap to fork over 1,500 pesos to expedite our trip to El Nido, we had to wait another 30 minutes before we finally procured a van.

There was confusion at the terminal, however. One driver came over to my brother-in-law to inform him that two seats were available in their air-conditioned van.

We dutifully traipsed over to the van. However, there was immediate chatter between my brother-in-law and the driver of the vehicle we were told to enter. After a few minutes, we were instructed to return to our original waiting area to board another transport van that was ready to go.

I surmised that the van we were initailly told to board didn’t have first dibs on us. It’s not wise to jump your turn while waiting for any form of transportation in the Philippines. It literally can get you killed. That’s what happened to a jeepney dispatcher back in our home province of Guimaras. 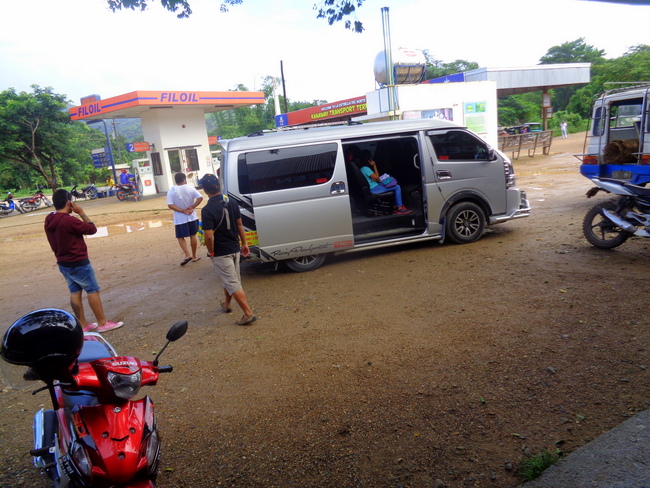 WHY RIDE AN AIR-CON BUS IF YOU DON’T WANT AIR CON?

My asawa boarded our transport van for the hour-long trip to El Nido. As our vehicle took off, I noticed the driver and a passenger in the front seat both had their windows down. I cranked up the air con vent in front of us and waited a few minutes, waiting for the windows up front to go up.

The driver rolled up his window. He nudged a Filipina in the front seat who was sleeping and leaning against the door, window wide open with the air con blasting.

Nothing happened. The passengers window was left up.

I spoke up, much to my wife’s chagrin.

“Sir!,” I politely but firmly inquired, “why is the passengers window still down? The air con is on.”

“So if one passenger doesn’t want air con then…..” I piped up again.

“OK, sir,” replied the driver and the passenger window shot up. It remained closed for the rest of the trip.

My fat kano face enjoyed a blast of cool air from the air con as we took in some of the beautiful scenery as seen below. The time passed by quickly and 50 minutes later we were entering the outskirts of El Nido.

As we departed the van I apologized to the driver for any trouble I may have caused. “No trouble, sir” he said with a big smile.

Look, I get it. I’m a crusty old expat at times. I’m trying not to open my big fat kano mouth as much, but sometimes it’s hard. 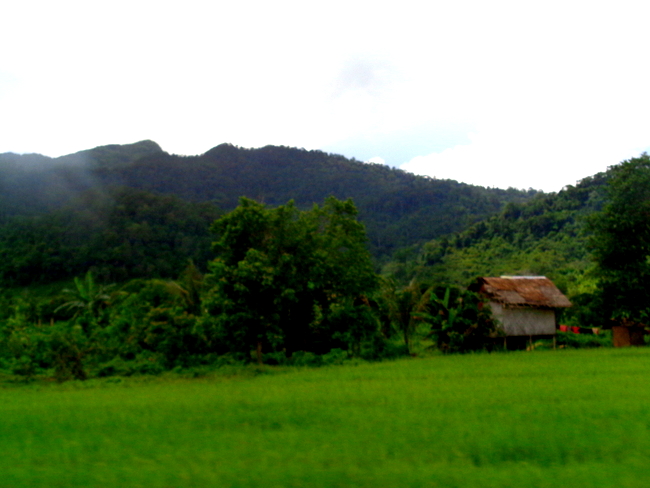 There were hundreds of businesses, eateries and resorts, lining the road on both sides. Locals and tricycles were in full force. To be honest, it was a scene of mass confusion. Thankfully, my asawa had contacted a niece who lived nearby, one of her brother Amando’s daughters. She was “on the way.”

“On the way” in the Philippines means the person’s arrival could take up to an hour. 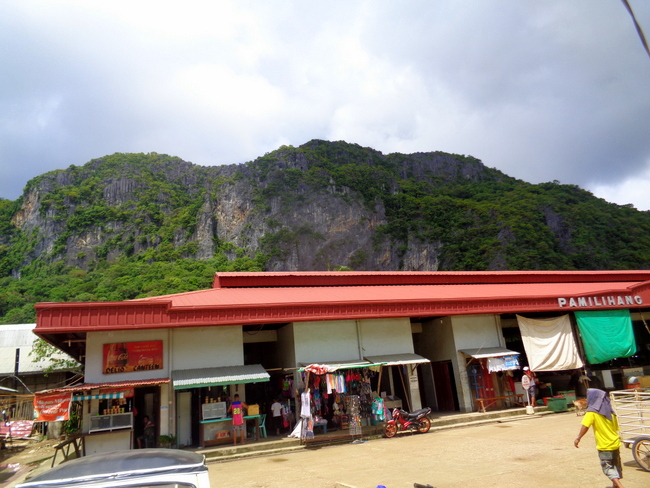 30 minutes were were still waiting. I passed the time taking pictures.

Here’s a look at the area across from the small waiting station our van stopped. It was around 1:00 pm by now and threatening to rain. One gentleman, seen in the next photograph, decided to take a siesta. 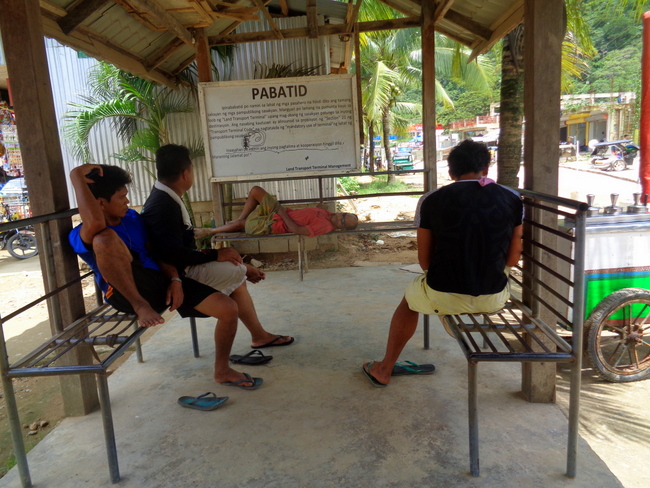 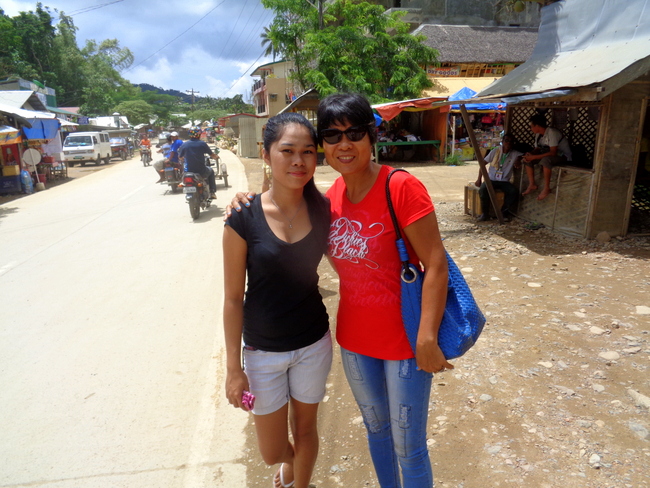 Our 20-year-old niece, Aiza, finally arrived. That’s her in the picture above the plug for my book,  with my lovely asawa. We decided to find a place to eat as it was past our lunch time and our niece,  had to report to work at 2:00.