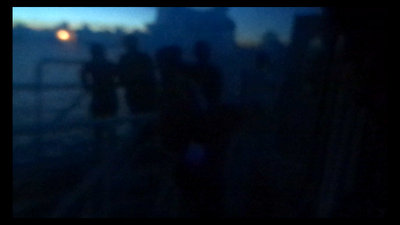 Our recent trip from Manila was marred by tragedy: “Man Overboard! Our 2Go Cruise Manila/Iloilo.” Nine and 1/2 hours  in to our 22-hour cruise back home, my wife suddenly called out to me: “Someone has jumped overboard!”

From our vantage point in our luxury suite on board the M/V St. Therese of the Child Jesus, my wife had seen the drama unfolding before her very eyes. The time was approximately 6:00 Tuesday evening, July 19, 2016.

We were in the waters off Roxas City-Mindoro and Romblon. My spouse had been relaxing inside our spacious cabin room when she saw two Filipinas outside screaming. I took the following photo shortly before the tragedy occurred.

My asawa had a pensive look on her face as if she had a premonition as to what would soon occur. 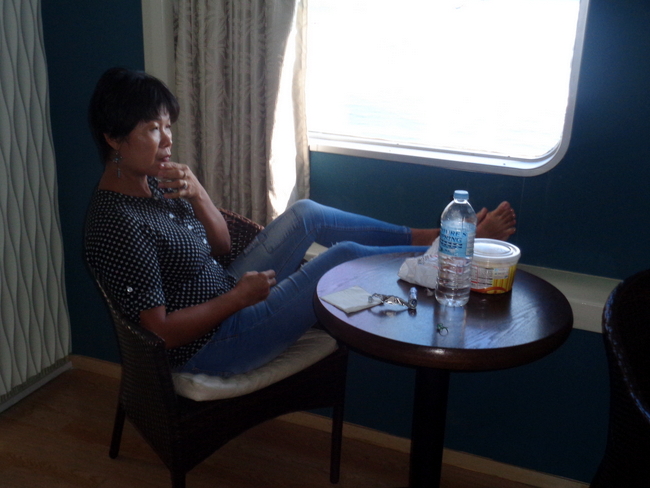 The two ladies my wife saw outside that window were trying to prevent the unidentified man from jumping off the ship but to no avail.

The life preserver was thrown out as passengers flocked to the scene straining to catch a glimpse of the passenger who had jumped.

Security officers on the ship soon cleared the area and our vessel stood still in the water. 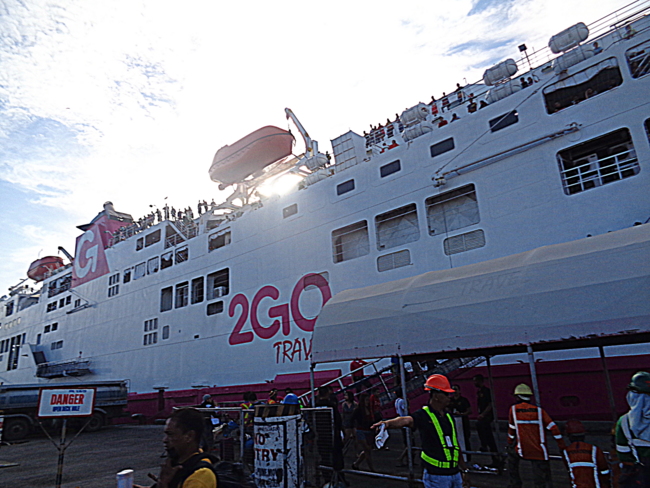 I have no idea how long the ship remained at a standstill. Our vessel was scheduled to arrive in Iloilo around 5 am but we did not reach our destination until 7 am, two hours later.

Palabrica said the passenger might have been bound for Bacolod as all Iloilo passengers were accounted for once the ship docked in Iloilo.

The man was said to be about 40-45 years old, and was wearing jeans and a blue shirt.

A Friday, July 22nd article from the Negros Daily Bulletin  stated a woman had reported her husband missing. Her spouse was a passenger on the 2Go vessel. Two days after the St. Therese of the Child Jesus arrived in Bacolod City, the ship’s final destination, her spouse, Enrico Pamplona 47, had not arrived home.


Emma Pamplona, 46, of Sitio Patyo, Barangay 1, Manapla was constantly calling her husband and asking about the weather conditions and the vessel’s location. She called him  from 3:00 p.m. to 5:00 p.m. Tuesday.

At 5:00 pm Enrico excused himself to go to the comfort room. He left his cellphone on his bed.

She tried calling  later but no one answered the phone. She called again and someone picked up the phone. But it wasn’t Enrico. It was the victim’s bunk mate.  Most vessels have economy accommodations that offer passengers a section with dozens of bunk beds with a common comfort room for everyone to share.

Unfortunately it would seem that the missing husband,  Enrico Pamplona, was indeed the man who jumped overboard.

Our most sincere prayers go out to the man’s wife and family.