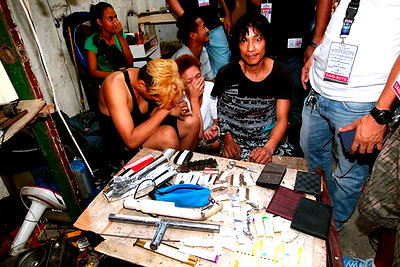 Our parking lots attendants in Guimaras, the island province we call home, were recently arrested for shabu possession. Two males and one female, a sister of one of the men, were taken into custody in handcuffs, and were allegedly in possession of shabu, meth, methamphetamine.

Guimaras ranks Number  2 in illegal drug activities in Western Visayas, the region of the Philippines we have resided in for the past seven years. Guimaras used to be the least crime-free province in the archipelago.

But drug pushers and users alike are dropping faster than bird crap from a flock of Central Illinois blackbirds. President-elect Duterte has declared war on drug pushers and is urging law enforcement officers to shoot and kill any pusher resisting arrest.

The number one drug dealer in Guimaras was killed in a police shoot-out recently. If you’re taking any form of illegal drugs in the Philippines, including weed, you’re walking a dangerous tightrope.

Philstar reports that as of three days ago 59 drug-related death sentences have been meted out to shabu pushers since the May 9 elections in the Philippines. The word is out. Sell drugs and you might just wind up dead.

Sounds like a plan. However law enforcement deals with the shabu problem in the Philippines works for me.

But I was surprised when we learned that our regular parking lot attendants were busted for shabu. Whenever we travel via pump boat to nearby Iloilo City, we park our Ford Ranger in a parking lot near the Jordan Wharf.

The attendants were always friendly and made sure they parked our vehicle in a shaded area. For 35 pesos, 75¢, we could park all day. I always gave the guys a generous tip. Unfortunately, some of that tip money may have been used to support their drug habit.

We always took our keys with us and made sure the truck was locked. Not everyone can take their keys.

We hadn’t seen the two guys that regularly park our truck on our last two trips from the Jordan Wharf but were informed by reliable sources that the trio were taken away in handcuffs. The one female arrested also has a young baby. Very sad.

But like the saying goes: “If you can’t do the time, don’t do the crime.”

Afraid for their safety and in response to Duterte’s war on drugs, thousands of drug users and drug peddlers throughout the Philippines have also been voluntarily turning themselves in for rehabilitation; 4,000 from Central Mindanao alone. 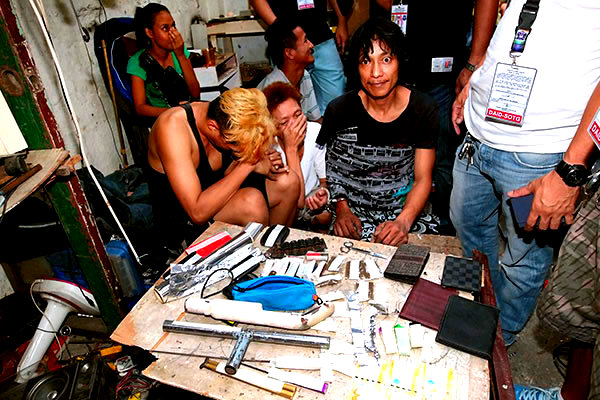 Amazing what a change in leadership for a country will do. Politicians all throughout the Philippines are jumping on the Duterte bandwagon and offering bounties for drug pushers killed.

The Secretary-General of the United Nations, Ban Ki-moon, is already butting in and scolding Duterte. Duterte basically told the Secretary to “f**k off.”

Like Bob Dylan said way back in 1964, The Times They Are a-Changin’.

(COMMENTS ARE NOW WORKING FOR THIS POST. SORRY FOR THE DELAY)