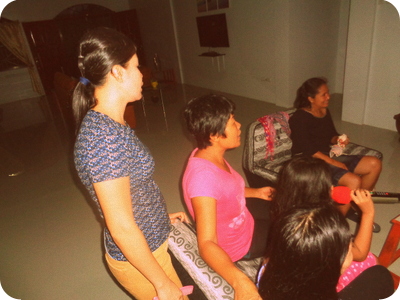 My sister-in-law is visiting us. She’s been working as a domestic helper in Kuwait for the past six years. We decided to have a karaoke night to welcome our returning Overseas Foreign Worker, OFW.

What better way than to get together with friends and families than to have a sing fest. Remember, you’re really not a true Filipino if you don’t sing karaoke.

While I’ve written in the past that I believe ALL  Karen Carpenter songs should be banned from karaoke bars in the Philippines, I’m happy to report that not one single person belted out “On Top of the World” or any other Carpenter classics.

But, as our niece , JalAmiel, is a huge Frozen fan, you can bet the theme song from that popular Disney animated film was sung a couple of times during our karaoke night. I squeaked out a couple of tunes before retreating to our master bedroom and closing the door. 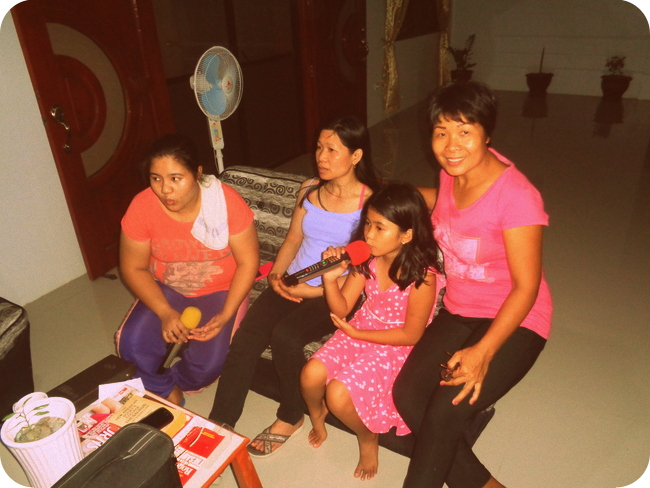 One of our special guests was the lovely LenLen, fiancée of our good friend back in the States, Captain Tom. Tom’s future wife is standing on the right wearing the stylish scarf. My sister-in-law Alida can be seen next to LenLen.

Our niece Michelle is seen sitting on the right with a huge grin plastered across her face. Sister-in-law Marjorie is next to Michelle and my own beautiful asawa is also holding a microphone and evidently getting emotionally involved in the duet with her sister. This songfest happened before we left for our trip to beguiling Boracay and I have no idea what the name of the song was. 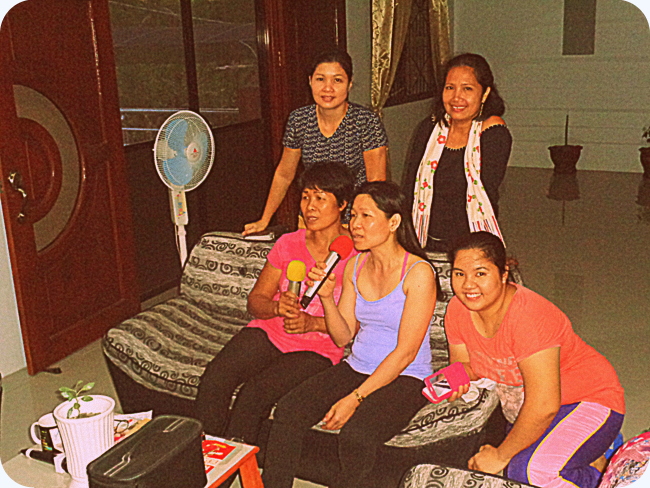 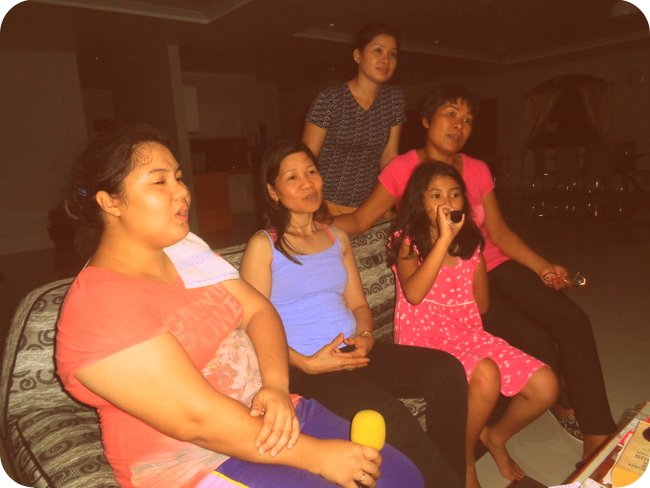 JalAmiel belted out several tunes. I was in my room but did take some time to snap the photographs seen on this post. It wasn’t my bedtime yet but I couldn’t watch the other television in our living room, which has the “Karaoke Korner”  and it’s own flat screen TV dedicated to only karaoke.

I need to purchase some wireless headphones for our main flat screen so I can watch my favorite television shows such as “Wicked Tuna” and “Alone” without being drowned out by the karaoke.

In introspect, I think we would have been better off have having a separate room for the karaoke with sound-proof walls. 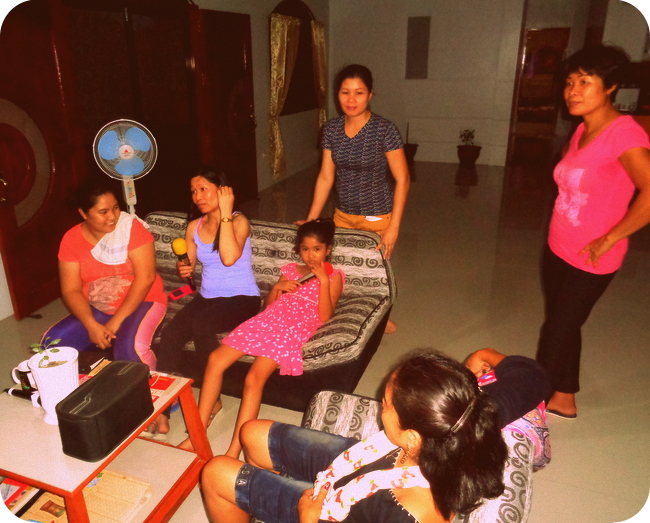 It was a hot, muggy night and two fans were put into position to try and cool of the karaoke crowd assembled at our home that evening. I believe the event last for around four hours. After the session, the group headed over to the kitchen area to eat some pancit and fried egg rolls.

I came out of my room to avail of some of the egg rolls and washed them down with a glass of Sprite.

Marjorie will be with us for a few more weeks before she heads out to Manila to catch her flight back to Kuwait. We’re going to tag along with her in a Dimple Star bus that leaves Guimaras and hooks up with a ferry. I believe the trip lasts around 24 hours.

24 hours might seem like a long time but for a guy that’s been retired and living in the Philippines for almost seven years, what else do I have to do? I have all the time in the world and excel at doing nothing. Regular readers of this website, and my asawa, are well aware of that.