Don’t Rely on Google Maps for Directions in Iloilo City 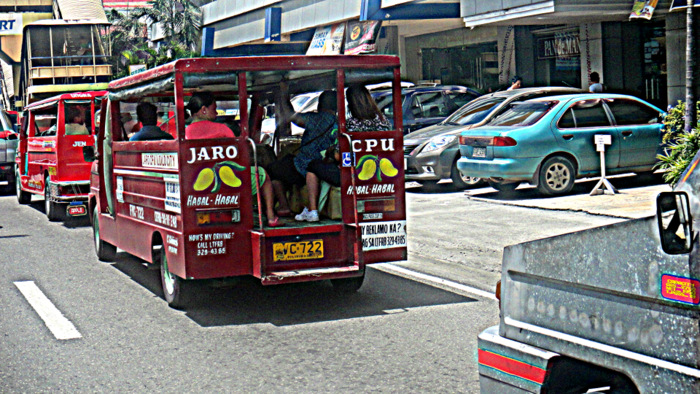 Don’t rely on Google Maps for directions in Iloilo City. We wasted an hour the other morning in Iloilo looking for a company that provided swimming pool equipment. My asawa and I were shopping in the big city and decided to look for Amici Water Systems Sales and Services, Iloilo. Our crew had begun digging our new swimming pool in the Philippines and Amici was listed as a place to purchase pool supplies.

Amici’s website stated that the  Iloilo branch provides water heaters, pumps, and swimming pool and spa products market in Western Visayas and officially opened in January 2010. The company also had outlets in Cebu and Davao, so I deduced that this establishment would be a good starting point for our new pool construction.

I have absolutely zero knowledge on how to build a pool. We never had a swimming pool back in the States. But with the rainy season in the Philippines now over, I figured this would be a great opportunity to start this major project in our island province of Guimaras.

Sure, there’s plenty of beach resorts in Guimaras with white sandy beaches and sparkling blue turquoise waters, but my asawa always wanted to have a pool. And a pool she shall have.

With my Google Map in hand, we headed out after a cold pancake and eggs breakfast at Jollibee’s.  Remarking to my spouse that my meal was cold and not even warm, she replied that her breakfast was also cold.

She thought that’s why the price was reduced to only 60 pesos since the breakfast was served late in the day, 9:45 am. I didn’t question her, I was hungry.

According to the map, seen below, Amici Water Systems was located near Robinsons, Santa Teresita Church and the GT Hotel Iloilo, all places we were familiar with.

The torrid tropical sun was beating down on us and we thought, according to the map, that we could walk over to the pool supply outlet.

After about 15 minutes, my wife asked for directions, showing people the map. We had walked by the church and the GT Hotel and were going around in circles. Like Moses and his Chosen People, we  wandered around some more. My wife asked more locals, again, pointing to the map.

After almost 40 minutes we both were frustrated and hot, so I suggested we ask a nearby pedicab driver. The driver looked at the map and claimed he knew where Amici was located. We climbed aboard and seven blocks away we arrived at our destination!

Turned out we were only a few minutes from SM Delgado’s Jollibee where we started from. 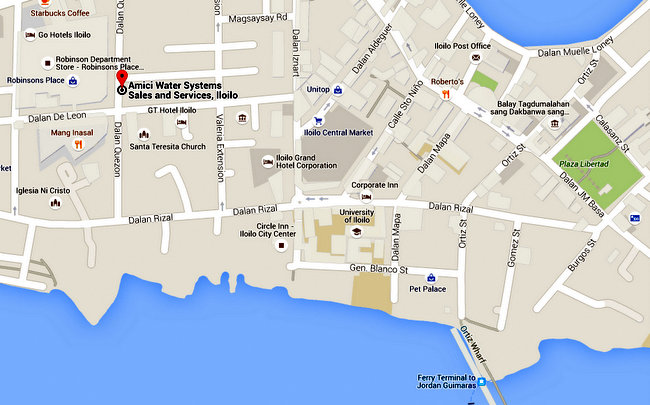 We walked into  Amici Water Systems, Google Map in hand, and told the employees on duty that we had a hard time finding their place. I informed them that the Google Map was way off in their directions. They knew.

For the record,  Amici Water Systems in Iloilo is located at Door B-1 Quezon Street in Iloilo City and is not anywhere near Robinsons, Santa Teresita Church or the GT Hotel Iloilo.

It’s also not located in the Villa Arevalo District, which the Google screenshot shown below, indicates. This, too, threw us off. 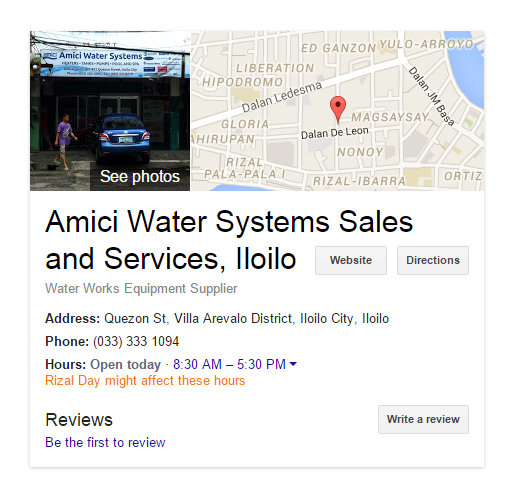 The Sales Engineeer, Alfredo, was out of the office but I contacted him the next morning via a text message and he quickly responded and plans to visit our site in Guimaras next Tuesday. I was pleased with his fast reply and look forward to his visit since Amici, though they don’t build swimming pools, does install and provide all the necessary plumbing, pumps and filtration systems for a new swimming pool in the Philippines.

Now this isn’t the first time we’ve had problems using Google Maps to find businesses in Iloilo City but this location, seven blocks away from where Google Maps said it was, was our worst experience using them. Other locations were three or four blocks off but we were able to stumble onto correct destinations by asking directions and walking around.

Here’s a look at the pool design that we are going to fashion our own swimming pool in the Philippines after. My asawa and I both loved the miniature island feature and hope to have the pool completed before the start of the next rainy season, either May or June. More details to follow as work progresses on it. 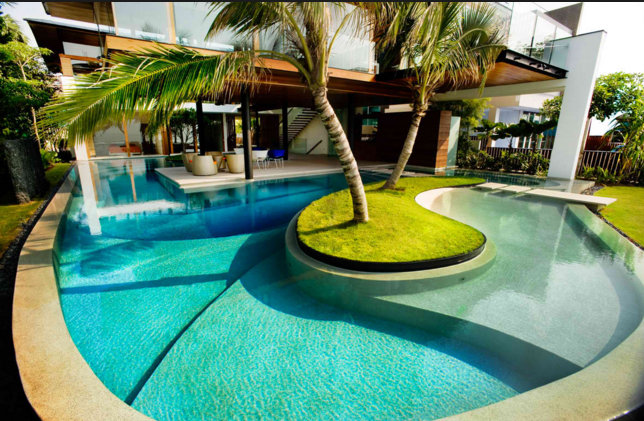