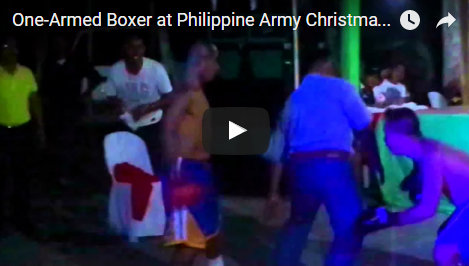 My asawa and I recently witnessed a boxing match featuring a one-armed boxer in the Philippine Army. We were guests at a Christmas party at an Army military camp located in Iloilo City. The pugilists were part of the entertainment for the evening, along with a Miss Gay 2015 Beauty Pageant and a dance competition which featured some Army personnel dressed in bras.

Though we retired to the Philippines over six years ago,  it was the first gay pageant and boxing match either my wife and I had ever attended.  We’ve been to dance competitions, such as the ones held during the annual Manggahan Festivals in Guimaras, but none of the participants were men sporting a bra.

An Army friend of ours, who was also one of the beauty pageant contestants, was kind enough to invite us to this Christmas celebration. That’s him, pictured in the following photo, in the center. If I’m looking too happy, it’s probably because I had a couple of bottles of San Miguel Pale Pilsen already. 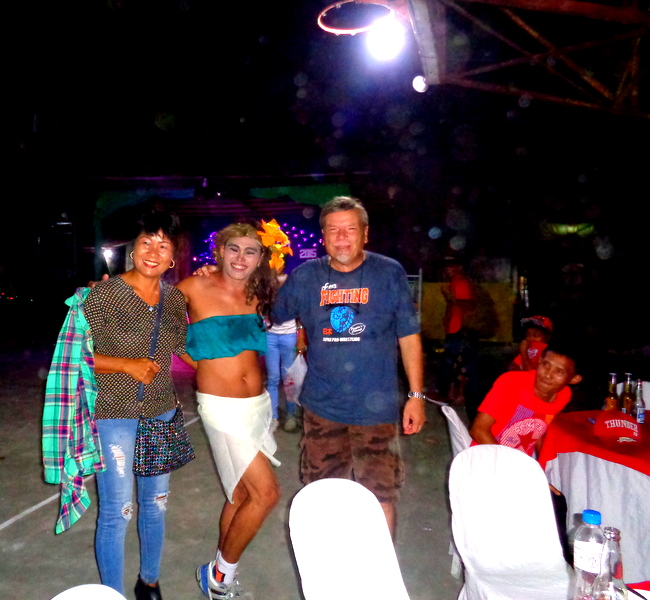 Truth be told, I doubt that many Christmas parties the readers of Philippines Plus might attend will feature a Gay Pageant , one-armed boxer, or dancing men dress in bras. Of course, if you do, that’s your personal business and something I really don’t need to know about.

The event was quite a bit more entertaining than a Christmas Eve Mass and also involved alcoholic beverages, lechon and my first taste of goat, seen below swimming alongside some pineapple chunks. The goat tasted just like beef to me. 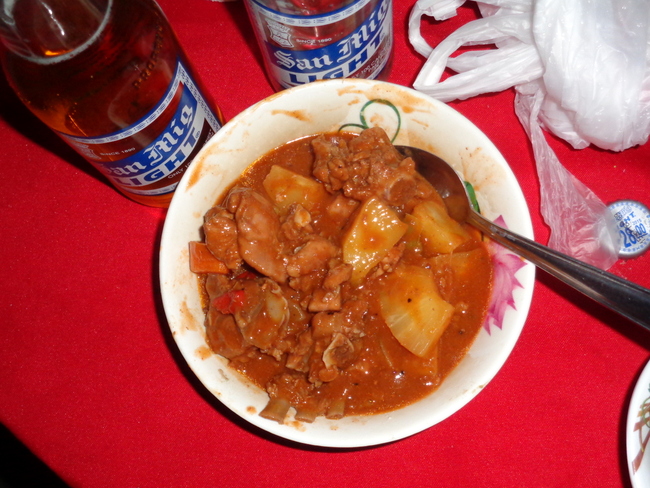 I made some new friends, such as the First Sergeant of the battalion my Army friend is with. Sarge is on the left. Next to me in the dark shirt is a United Nations Security Adviser from Syria. The guys in the unit jokingly called him, “Tim Duncan,” after the NBA star.

The gentleman on the far right, a member of the unit, kept a steady flow of beer and food coming to me. After Christmas, I need to drop about 30 pounds. The extra weight I’ve packed on could potentially bring back my Fatty Liver Disease. 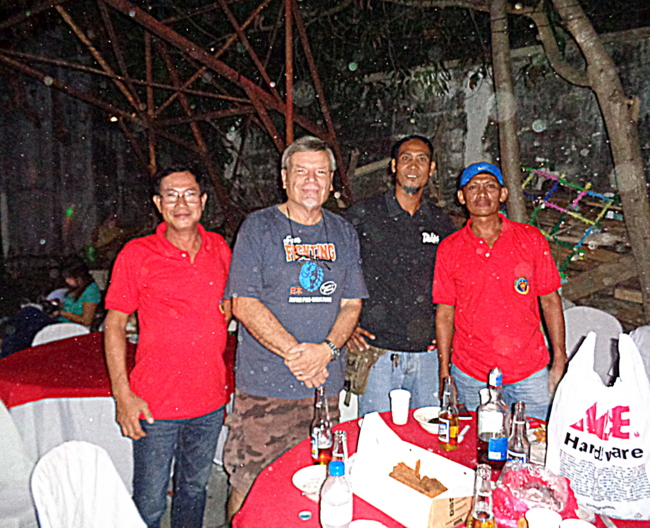 I’ll have more videos and stories regarding this event in upcoming posts. A big thanks to the Army Unit and our friend who invited us. Everyone, including the Camp’s Commanding Officer, made us feel welcome.

I’ve been told that the man with one arm lost his limb on a mission for his battalion. We, at Philippines Plus, salute him, and his comrades, for their selfless duty to their country, the Philippines.

Now here’s the video: One-Armed Boxer in the Philippine Army