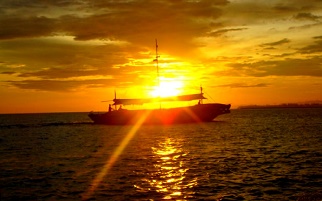 It’s probably a post title you’ve never seen before, “God Bless the I.R.S.,” at least not on this website,  but I have to give credit where credit is due. And when it means more pesos in my pocket, well, I’m even more motivated to toss out some accolades. 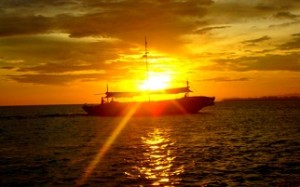 It was a cloudy day in paradise, our island provincial home in Guimaras, and my asawa was off to Iloilo to return some tiles for the front porch of our new home in the Philippines.  Our foreman, Boy, needed 54 more tiles for our front porch. My wife had even taken a picture of the needed tiles but did not have a sample to take along.

My spouse had shown the tile picture to the A.M. Builder’s employee who has helped us out in the past. The employee picked out a tile with the same pattern he said matched the cell phone photograph. I asked my asawa if she was sure they had the right tile.

“They said it’s right!” she exclaimed.

So as my spouse returned to Iloilo the next day to try and purchase the correct tiles this time, I sat home trying to catch up on emails and comments on this site. We had returned from Cebu City the afternoon before and I had no desire to return to the big city and rectify an error that I felt I had not part in. Believe me, I have made plenty of mistakes that I do own up to, but this was not one of them.

As I was typing away on the “Queen City of the South” post in the basement headquarters of “Philippines Plus,” our helper, Mera, called down to me. Our niece Michelle was calling. The U.S. Embassy in Manila had sent me a letter to my asawa’s  other home in Guimaras where her sister and brother-in-law reside, along with three nieces and a nephew. Our local barangay officials could not leave the letter to anyone but me, as the Embassy required my acknowledged signed receipt of the missive.

I had no idea what the U.S. Embassy wanted. After over six years of living in the Philippines, I had never received any correspondence from them.

I went to our front gate at “The Farm” to let the officials in. A few minutes after I had unlocked our entrance, a motorcycle pulled up with two well-dressed gentleman on board. They were the barangay representatives, with letter in hand.

I thanked the gentlemen for delivering the letter and passed them a 100 peso note for their trouble. They were extremely polite and after signing for the letter, were on their way.

We had cashed in part of our retirement account last year to purchase our new Ford Ranger XLT and to fund the construction of our new home in the Philippines. I did not seek any professional tax help when I filed our tax forms.

I guess I could have tried to locate some American tax lawyers or accountants to help me but I merely dug around the IRS website and figured out what our taxes should be. At least I didn’t come on short on my tax payments and not receive any penalty.

I was delighted to receive the extra money which was used to buy some new appliances and furniture for our new digs.

Listen, as much as I might complain about the state of affairs back in the States at time to fellow expats, my hat’s off to the I.R.S. on this one. Kudos to you, Internal Revenue Service, and many thanks.