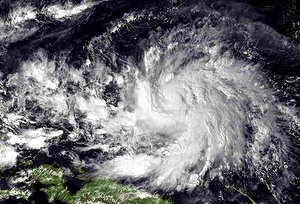 Philippines Super Typhoon Ruby (Hagupit) gains strength and is now heading towards Eastern Visayas according to a report from ABS-CBN News and Yahoo! News Philippines.  Guimaras, the island province headquarters of this website, Philippines Plus,  is located in Western Visayas and will likely face hazardous weather conditions as a result of this super storm which is now packing winds gusting up to 250 kph (over 60 miles an hour for those Yanks out there.)

All is quiet on our mango province as I report, for the third time today, on the progress of this treacherous typhoon. Lolo, my father-in-law, is fast asleep in his bedroom and is not speaking to his dead relative Fernando or singing his usual nonsense songs which make the 1910 Fruit Gum Company compositions’ seem like musical masterpieces in comparison (remember the group’s classic hits, “Simon Says” and “1,2,3 Red Light” back in the Sixties?)

I’ve tried to nap but The Sandman has failed to slip any sleepy dust into my eyes as I’m keyed up waiting for the storm to hit. No trips to nearby Panay Island, Iloilo City, today. Too risky to ride the pump boats with storm signals exploding all over the place faster than a teenager popping zits. 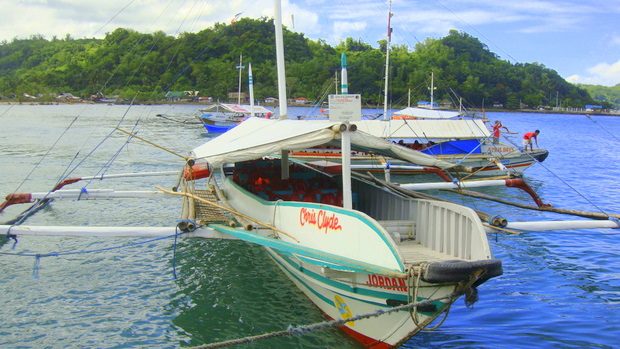 No riding the pump boats today!

My asawa is fast asleep on the sala (living room) couch and our helper, Mera, is catching a quick nap before she goes outside to sweep and prepare firewood in the dirty kitchen for tomorrow morning when I heat up our hot water for coffee. Why waste LP if you don’t have to? We have plenty of dead branches to use as fuel and after Ruby hits, we’ll have a torrent of twigs to pick up that will furnish a fresh supply of firewood. (And when I use the term “we” that is never to  be misinterpreted as including “me.”)

Super Storm Ruby is expected to make landfall Saturday night. I’ve already called my Dad in Las Vegas to notify him of the upcoming typhoon before he hears it on the national news. Of course, he’s probably playing bingo at his favorite casino by now, but I want him to be aware of what’s going on in case I can’t communicate with him for awhile.

(On a personal note, my Dad has been diagnosed with COPD, Chronic Obstructive Pulmonary Disease, and is having an extremely difficult time breathing. I’ve tried to persuade him to stay out of the smoke-filled casinos but he assures me that his bingo section is smoke free. I hope so for his sake. For those of you that believe in prayers, I would appreciate any you could send out for my 82-year-old Dad. He’s in bad shape and is trying to get help at the local Veterans Administration as he is a Korean War Veteran having served in the Air Force as a Flight Crew Chief.)

Public storm warning signals have been issued for over 34 regions. It’s best to always pay attention to the storm signals, especially if you’re planning to travel in the archipelago. And if you’re anywhere in the Visayas Region, as we are, it’s best not to travel anywhere and stay put until the storm has passed.

I’m personally amazed at the number of bone-headed fishermen that will still go out on rough waters even with storm signals raised. Many times their small vessels will capsize and they end up drowning.

Public storm warning signal number 2 (winds of 61-100 kph expected in at least 24 hrs) has been raised over the following areas, which PAGASA said will experience occasional rains and gusty winds:

Public storm warning signal number 1 (winds of 30-60 kph expected in at least 36 hours)has been raised over the following areas, where PAGASA said that residents in low-lying and mountainous areas should be alerted against possible flash floods and landslides:

The military and various government agencies have raised their alert status as Super Typhoon Ruby nears the country. The Armed Forces of the Philippines is now on red alert, the highest in a 3-level alert system.

The Philippine military has been deployed in areas that may be hit by Ruby and are said to be ready  to respond to any emergencies, as well as provide humanitarian assistance.

The Health Department, meanwhile, is on blue alert in Visayas, as well as the Bicol and MIMAROPA regions.

Blue is the second highest alert in the DOH. We fortunately still have power at this time but are braced for the storm and are expecting torrential rains and high winds along with the inevitable brown out.