A warm welcome to Brian Purrone Jr., a new guest contributor to Philippines Plus. Brian is  43 years old and works as an industrial millwright in the very cold and wet Oregon. He started to travel to the Philippines in 2013 and has visited twice. On his last trip he met his   beautiful fiancée Joycel  who just recently landed here on a K-1 Visa! Congratulations, Brian and Joyce! Thanks to Brian for the following article and he promises to share some of his stories regarding the K-1 Visa process. Please leave a comment and welcome Brian to the fold. 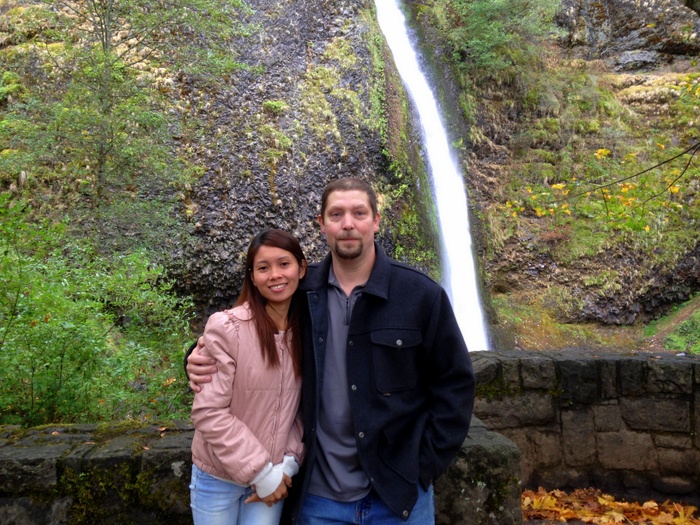 My head is spinning I don’t even  know where to begin!! Suddenly the grasp on the English language I thought I have mastered has slipped away. So many sights, sounds and smells have overcome my senses. The first thing you notice here is the heat it is staggering the humidity oppressive, the people absolutely beautiful.

Manila was a collage of traffic, horns and people by the millions. I landed in Cagayan De Oro yesterday. As the plane touched down there was no mistake, this particular TOTO was no longer in Kansas. We exited from our 747 right on to the tarmac which led to an open air terminal. The smell of jet fuel hung in the air so thick you tasted it. It made your eyes water people were walking feet from the turbo jet engines bustling here and there, everyone and I mean everyone had smiles on their faces. 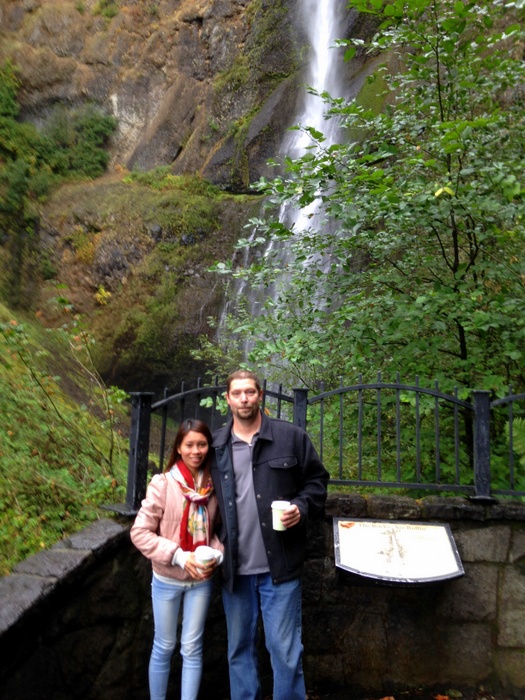 After we made it to the resort a taxi to the city center was in order. There was some sort of Friday night party/bazaar taking place. Jeepneys, taxis, cars, trikes and people moved about in a way that makes westerners dizzy “at-least this westerner.” Dinner was from a pig and they served every part and I tried everything. “Mental note to self— small intestine tastes well like s**t.”

Market today sunny 95. Have you seen the markets in the Indiana Jones movies? Well this was the market. Dusty dirt streets people everywhere selling everything. We walked into a shop to find some trinkets to bring home. My escorts/guides were looking around and I found myself wandering like I have been for the last few days. I wandered to the side of the store after the first right it went into a labyrinth of baskets handmade and rope.

Dark, dusty and musty, light streaming in from the cracks in the wall that faces the street I could see the shadows of people outside walking by. I felt like I was 10 all over. I was exploring this place I had dreamed of as a child. That’s when I heard it! Voices and they were in a panic and distressed. That’s when I also realized the voices were calling for me, the people in charge of me were concerned. I had disappeared.

I worked my way back to the center of the store wishing I had been able to consume all these sights as a younger man. Alas I am here now. As I re-entered the main portion of the store is when I saw it. There among the beads, shells, hand carved oil soaked wooden ornaments and hats tucked up high. Perched atop some debris is a small skull, a skull with very human like features. But it was small the size of a cat perhaps. It was a monkey’s skull!

This poor fellow met his demise and was now here in front of me. He was attached to some other decorations that in my opinion distracted from his uniqueness and his personality. I had my guides question whether or not they had more. After the woman shop keeper scoured the far reaches of her store, much to my surprise she produced a bag with about 10 of the poor fellows.

I promptly sat on the dry cracked dirt floor and riffled through them picking out a fine dark specimen. After some heated debate with the shop owner, which is customary here.  A price was agreed upon. He should fit nicely in my son’s room. The moment I pulled him from the bag I began to think of Hayden, How he should be here, how he should experience this part of our world. “You will be here soon enough son.”

We left the store and I placed my glasses on as the sun’s rays nearly blinded me. The transition from the dark musty shop to the sun filled streets was too much. As my eyes adjusted to their new surrounding I noticed a figure walking towards me. There was no doubt this figure was coming straight at me. He was tall and in this part of the world tall is not common. His name is Bill and a fellow American.

As Bill approached with his hand out he had a broad grin on his face. We talked in a foyer of a bakery, shielding ourselves from the scorching afternoon sun. Our discussion ranged from the ever present heat to business in Phil. He told me of rice farming, sugar cane and of being a durian exporter. I could not help have that strange feeling I have had here a few times that I was in some sort of special club. Members only- willing to travel to dark places. I couldn’t help but wonder if this was how Hemingway felt during his travels of our planet.