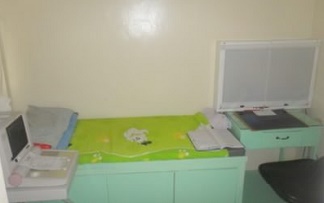 In my previous post, “The Great Guimaras Ultrasound Gaffe,” I was scheduled for an ultrasound this past Saturday at 3:30 pm. Here’s the conclusion to that story in which my limited patience was pushed to the utmost limits. After living in the Philippines for over five years, I have become more patient in some situations but when the doctor from Iloilo City that was scheduled to do my ultrasound at the Centri Clinical Laboratory  blew me off, I hit the roof. 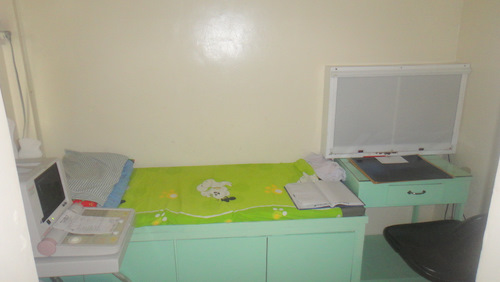 I don’t remember a time when I’ve been more irritated in over five years of living in the Philippines. As the doctor at the Provincial Hospital in Guimaras had suggested a follow-up ultrasound after diagnosing me with a fatty liver, I wanted to make sure I had that test done as soon as the physician had recommended.

So when the receptionist at the lab had rescheduled my ultrasound for Saturday at 3:30 pm, I was utterly happy to get it done and learn if losing 13 pounds, exercising regularly and eating healthier had done the trick, since Fatty Liver Disease, FLD, is completely reversible.

My wife received a text shortly after 2 pm on Saturday that the doctor from Iloilo was on her way to Guimaras to do the ultrasound. After my nephew Sharwin sent a text message to our local trike driver, NoNo, to meet us at our gate, my asawa and I hurried over to our entrance where our tricycle driver had just pulled up.

We raced across town to the Centri Lab where the receptionist spoke to my wife in the local Ilonggo language. The resulting translation floored me: The doctor had already stopped at the clinic and was on her way to two other clinics on our island province. She then would proceed to the local Provincial Hospital. She did not wait even though we had received the text message from the receptionist to come over, an hour earlier than scheduled, for my ultrasound, and had arrived within 15 minutes of said message.

The receptionist, head down, furiously sent off a flurry of text messages to the inconsiderate doctor. She reported to my anxious asawa that she had no idea when the doctor would return to the clinic. 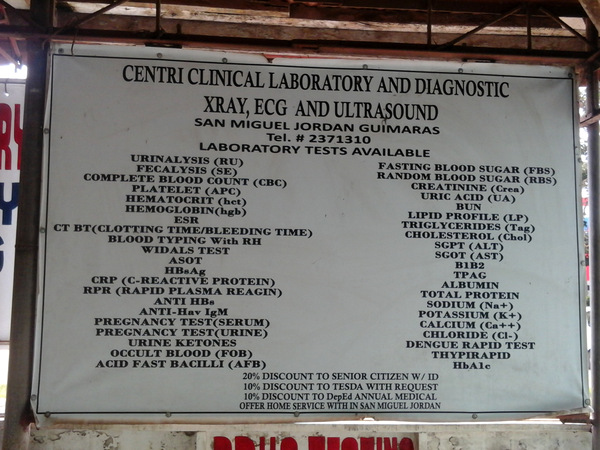 I fumed. I waited. After 30 minutes, still furious, I walked outside. Our driver NoNo spied me across the street, wheeled his trike over, and asked: “Is it OK?”

“No, it is NOT, OK,” I replied and advised him I did not have any idea when we might be done. He took off, probably glad to escape the angry kano.

The receptionist had already fled the scene when I returned but another doctor, that my wife had spoken to on a previous occasion, was talking to my asawa. The physician informed my spouse that the doctor would probably not return until the evening because of all the patients she had to see at the local hospital. 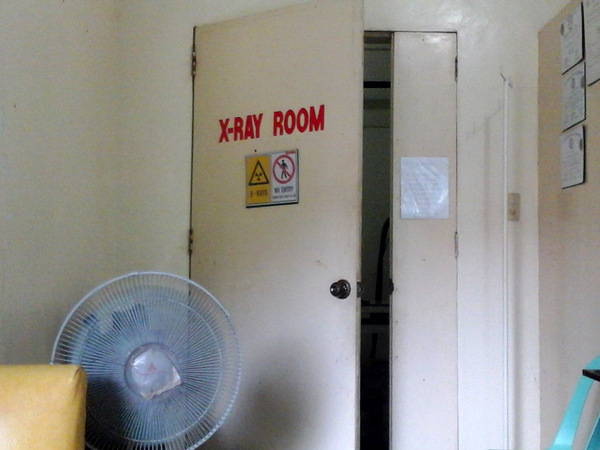 That was it for me. I left and made my way down the path to the front entrance.

I do not expect to be regarded as a “king” in the Philippines though I am aware I am often given special consideration from the locals without even asking. I only expect to be treated as anyone else. That’s all I ask. Of course, I realize a doctor is pressed for time, no matter what country they may reside in.  But for the receptionist to text message my wife that the physician was on her way and after arriving within 15 minutes of the message without the doctor having the courtesy to wait or make an attempt to come back, is disrespectful and unprofessional, in my opinion.

My wife and I took off on foot for the 30-minute walk home and as we passed the local provincial hospital in Guimaras, where the doctor was supposed to have so many patients, I went in to find the doctor. A nurse on duty and familiar with the ultrasound department (the hospital has an ultrasound machine but it is too old to be of any use, I am informed by the nurse) advises me that there is no doctor on duty.

I thanked her and left. My asawa had gone ahead home. We will now go to Iloilo to have my ultrasound done. At least I know the physicians there are professional and can get the job done for me in a timely fashion. But the Centri Clinical Laboratory in Guimaras? We won’t be returning. Ever. And I’m sure the receptionist there is very happy about that. And frankly, so am I.