If this were a website where more colorful language was allowed, the title for this post would certainly not have read “The Great Guimaras Ultrasound Gaffe.”  But you can bet there were some phrases I uttered this past Saturday at a local laboratory  that cannot be repeated on this site or in front of any nuns or preachers of the Gospel. Merchant marines? Yeah, no problem. 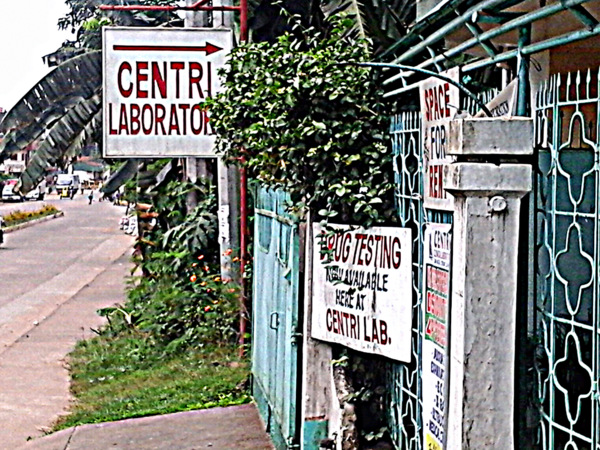 Regular readers of Philippines Plus are aware that I had a kidney stone attack last month. During the subsequent ultrasound not only were seven kidney stones revealed, but the doctor doing the test also discovered I had a fatty liver. Now everyone has some fat in their liver but when you have more than 5-10% the medical field deems that you have “fatty liver disease.”

So after a visit to the Outpatient section at our local Provincial Hospital, the attending physician, aside from telling me that I could drink no more alcohol, advised me to have another ultrasound after one month. It’s been one month.

I’ve lost 14 pounds this past month and now weigh 189 pounds as of this morning. I walk every day for one hour. I’m eating much better and have cut out all fried foods and sweets.  My wife has been feeding me so much “rabbit food” that I expect to wake up one morning with a cottontail growing out of my butt. 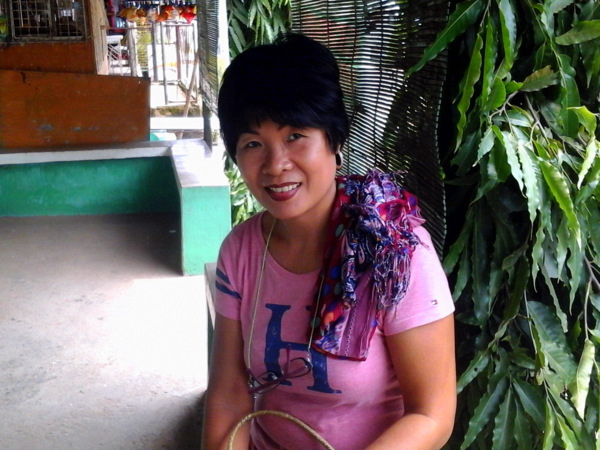 The Sainted Patient Wife waiting outside of the lab

So this past Friday morning we took a trike ride to Centri Clinical Laboratory located near the “New Site” in San Miguel, Jordan, Guimaras. I had my previous ultrasound taken there and didn’t want to make the pump boat trip to nearby by Panay Island where we could have the test done at one of the local hospitals in Iloilo City.

We were advised by the receptionist that the doctor would be in that afternoon at 2:30 pm. I was told I did not have to fast.

“Really?” I said. “I had to fast before my other ultrasound. I haven’t had anything to eat since 6:00 am this morning.”

My wife gave the receptionist her cell phone number in case the doctor, who was coming in from Iloilo, would be delayed. We walked across the street to eat a mediocre lunch at “The Grillers.” At least the joint has air con and free Wi-Fi. It didn’t make sense to return to “The Farm”‘ since the appointment was only two hours away.

After a lunch of Baby Back Ribs and white rice, neither of which I am supposed to eat, we killed some time on our Samsung Tablets until I became bored and suggested we go back to the healthcare clinic and wait there. Since I was out of water I took two small bottles from the refrigerator at the eatery and set them on the counter.

“How much?” I asked the cashier.

“50 pesos!” I exclaimed, “I’ll go across the street and buy them at the Island Supermarket.”

I returned the two bottles whose combined volume wouldn’t have been enough to slake the thirst of an underweight duwende on crack.

After purchasing a 1.5 liter bottle at the market for 28 pesos (the two bottles combined at Grillers would not even had made one liter), we crossed the street to the clinic. 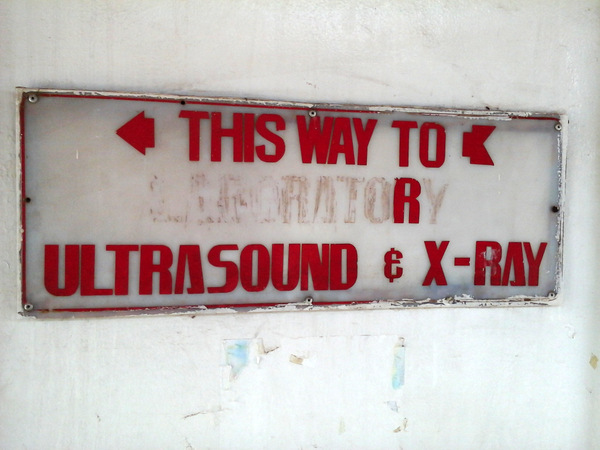 The receptionist advised my wife that the doctor would not be arriving now until 3:30 that afternoon.

“I want to be sure that the doctor knows I need an ultrasound for my liver,” I informed the employee. “I don’t care about the kidney stones it’s the liver I need to know about.”

“But sir, if you want an ultrasound of your liver you have to fast!” the receptionist informed me.

“What? But you told me that I could eat and did not need to fast!” I replied.

“But that’s when I thought we were only going to do an ultrasound on your kidneys. The order for your ultrasound does not mention the liver, only the kidneys,” the  office helper now informs me.

“The doctor will be back tomorrow at 3:30 if you want to come back then,” I’m told by the agent.

“I guess I have no choice. We will come back tomorrow,”  I said disgustedly.

It was a miscommunication that I didn’t like but would have to deal with.  Another day would not make that much difference. So after walking over to the Cignal Office to pay our satellite television bill, we headed back in a tricycle to “The Farm.”

3 thoughts on “The Great Guimaras Ultrasound Gaffe: The Kano Loses His Cool”