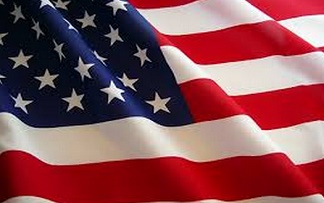 American expat’s return to America. That’s correct. I’m going back to the United States of America, the land of the free and the home of the brave. I haven’t been there in over five years since my retirement to the Philippines with my beautiful Filipina wife. My asawa will stay behind with her Father, who is afflicted with dementia, and who had to be stopped today from going to a cock fight. Of course, we don’t know who invited him to this event, but he was determined to go. Our 16-year-old domestic helper, Mera, barely five feet tall and probably not weighing much than a duwende went out to stop Lolo.

The Tom Cat, The Kano and Lolo

I had to play the enforcer and stand on the porch and yell at the almost deaf lolo, grandfather, to get his attention. He turned around and came willingly when he say “Domingo,” his name for me since he can’t pronounce my real name, “Dave.”

I cannot fully express in words how welcome it will be for me to get a break from Lolo, Grandpa. He has continually pushed the utmost outer fringes of my limited patience with his non-stop gibberish he carries on with his with his dead buddies from morning to night. Every day. Without fail.

Of course, it will be good to see my own Dad in Las Vegas, the reason for me going back to America, albeit only for two weeks. I try to keep in touch with my Father via magicJack but haven’t heard from him in a few weeks. Next week my five-year magicJack subscription ends and since I don’t have any credit cards, I won’t be able to renew it.

Now you might think that Skype would be an alternative to magicJack. Sure, I could download the program, but my Dad is going to be 82 years old. He’s not the most computer savvy person out there. He’s not going to be able to set it up. I guess I could install it for him during my visit in late September and keep in touch with him in the meantime with my International Sun PrePaid Card which only charges two pesos a minute to the United States.

It will be strange to set foot on American soil again after such a long absence. I don’t miss the States and if it wasn’t for my Dad I wouldn’t be going back now. Who knows, maybe I will meet some other American expats in Las Vegas while I’m there.

I’m sure Lolo won’t miss me. I doubt that he will even be aware that I’m gone. I will dearly miss my asawa, of course, but the two weeks will probably pass by quickly. And when I return, Lolo will still be on the front porch, talking with all of his dead friends.