Sigh. Papa Duck and his Asawa Anne attended the Annual Mutya ng Guimaras, Pearl of Guimaras, beauty pageant, with my spouse and I during the world travelers’ visit to our island province home this past May. We were there for the coronation of the new queen and though I thought we had missed out on the swimsuit competition which was held in April, imagine our delight (well, OK, maybe I shouldn’t include the spouses in “our delight”) when I realized that the fabulous Filipinas would don swimsuits in this final phase of the competition. But, sadly, dear readers, my photo parade of pretty pinays in skimpy outfits got lost in Picasa, Google’s image viewer for organizing and editing digital photos. Here’ s a picture of a poster from the actual swimsuit phase of the contest which I missed.

Well, OK, one picture was somehow salvaged, the one shown below, but the photos with the bikini-clad beauties were wiped out during a recent computer crash. But at least the temporary malfunctioning of my computer did bring about our new WiFi from Globe and the World Wide Web to our remote rural location, when my computer tech performed his wizardry and got us a signal when no one else before could accomplish this. 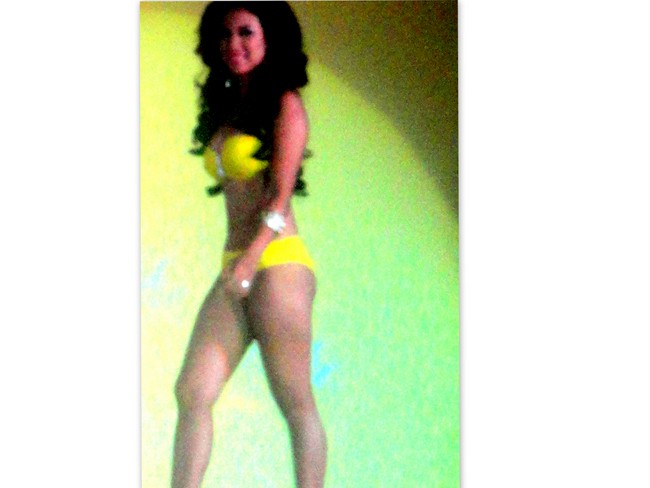 But it came at a price. The loss of hundreds of pictures which I had not sent to my Picasa Web Albums. I’ve been using Google’s photo editor for around ten years. I had a ton of pictures stored on them, and have been able to rebuild the Picasa data base and retrieve some of the photos, but unfortunately, the pretty pinays parade of photos are lost for all eternity. ​

Now I’m not blaming Picasa. I could have transferred my important pictures to the Picasa Web Albums or store them on an external hard drive. But I didn’t. I’ve tried to recover those images by using some free software from the internet but nothing has worked out. If I understand all the Google research I’ve done, it looks like Picasa wasn’t storing the pictures anywhere and once they’re gone, they’re gone.

I also attended the Mutya ng Guimaras, Pearl of Guimaras beauty pageant in 2011. Here’s a picture from that 2011 article. As you can see the pretty pinays are wearing one piece swimsuits as opposed to the two piece models they wore in this year’s competition.

Here’s another look at the one of the cute Filipinas from the 2011 pageant. The ladies’ measurements were posted on the big screen along with their name.

No measurements were posted in this years’ Manggahan Festival, a disturbing sign that our local home province is becoming more politically correct. Here’s a picture I took a couple of years ago during a beauty pageant at Robinsons in Iloilo City. 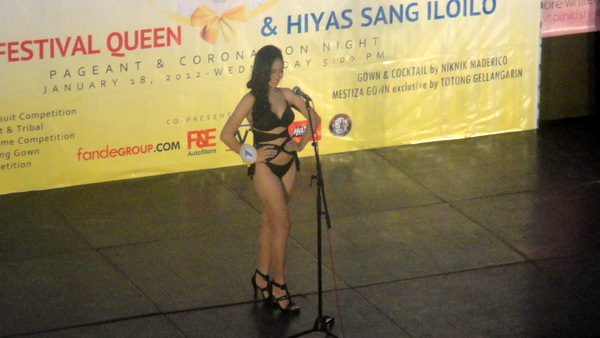 But sadly, again, my pretty pinays parade of photos are lost in Picasa. I’ll have to wait until next year’s Mutya ng Guimaras, Pearl of Guimaras, and make sure I download the photos on a secure site where another computer crash won’t delete them. Maybe by that time I’ll have a new digital camera, too, that will enable me take better quality photos (if only for the sake of my readers, of course.)

12 thoughts on “Pretty Pinays Parade of Photos Lost in Picasa”