Call it “writer’s block,” call it old age, call it what you want. But occasionally I draw a blank when it comes to posting new articles for this website, “Philippines Plus.” Listen, I’ve started three posts already this morning on my Word Press platform and I’ve sent them all to the trash. “Justified” comes on in one hour and I’m stymied. So don’t be surprised by the title of this particular offering: “Why Karen Carpenter Songs Should be Banned from Karaoke Bars in the Philippines.” 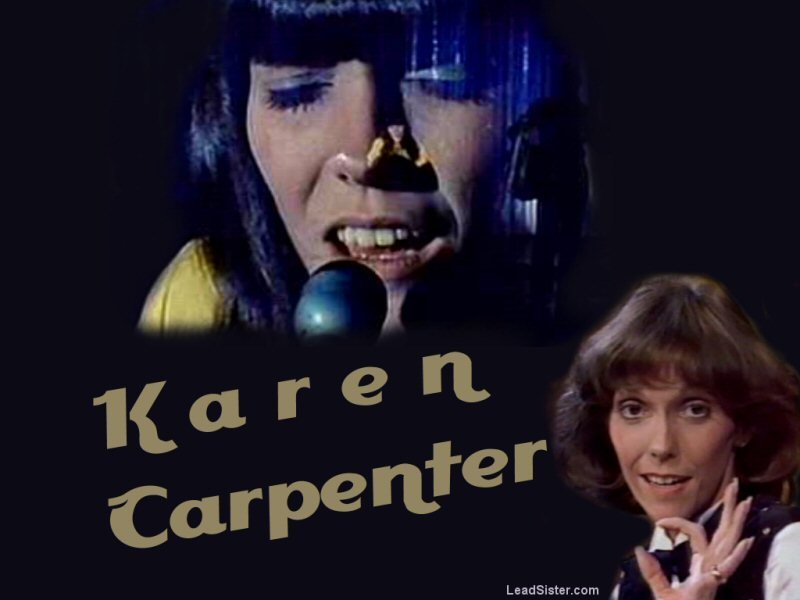 Regular readers of this website will not be shocked by this title. I’ve been known to publish an offbeat post a time or two (or three.) This comes naturally to a person who admittedly doesn’t always follow the PC Police or the  WWJD, What Would Jesus Do?, crowd. I don’t know it for a fact, but I’m pretty sure that my Savior wouldn’t approve of banning anyone’s songs from a karaoke bar, unless those tunes belonged to Justin Bieber (and isn’t it swell that Selena Gomez and “The Bieber” are back together again?)

OK, in full disclosure, I have to admit I never liked The Carpenters.  I grew up in the radical decade of The Sixties and worshipped Jimi Hendrix, Jim Morrison of The Doors, and Janis Joplin.

Yeah, I know they’re all dead now, along with Karen Carpenter (brother Richard’s still kicking around.) Karen passed away at the age of 32 from heart failure due to complications with her anorexia.  But I never could stomach (no pun intended) the sickening sweet lyrics of this group, a personal favorite of President Nixon (side note: If Mr. Nixon would have been a politician in the Philippines, he never would have had to resign in disgrace. He could have just lived in some plush hospital suite, be hand fed grapes by gorgeous Filipinas in skimpy outfits and occasionally don a neck brace for public appearances.) 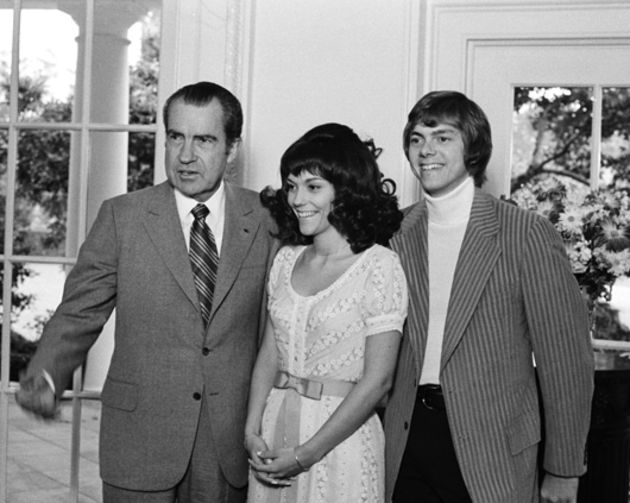 I have never gone with my buddy, The Tom Cat, now back in the States,  Papa Duck, or my asawa to sing karaoke in Guimaras, our island provincial home, without someone belting out one or two (or more!) songs by The Carpenters. Alas, The Tom Cat’s true love, LenLen, was guilty of this. Sweet girl but, The Carpenters, come on!

In fact, if memory serves me correct, Papa Duck’s Asawa Anne sang a Karen Carpenter song during their visit to Guimaras in May. Nice lady, but again, The Carpenters?

And you can bet that when my wife got together with her Filipina friends back in the States and cranked up the ol’ Magic Sing, I would be subjected to a ton of songs by the saccharine sweet duo.

What is this fascination with The Carpenters in the Philippines? Why the obsession? Is it because many Filipinos are themselves so thin and can relate to the singer (I’m not including the beefy kids supported by OFW relatives, Overseas Filipino Workers,  stuffing their pie hole with a Champ Burger at the local Jollibee while checking their Facebook accounts on their smart phones.)

I don’t know. I just wish Karen Carpenter songs would be banned from karaoke bars in the Philippines because no matter how many bottles of San Miguel Pale Pilsen I consume, whenever I hear “On Top of the World,” it still irritates me.

Won’t happen? You never know. Maybe I could start an online petition on Facebook and get her songs banned. Look,  Frank Sinatra’s “My Way” has been banned in some KTV’s in the Philippines.  It’s reported that at least six people have been killed in karaoke bars after singing Frank’s signature song. Some got snuffed because their attacker said they sang off key. And you thought I was harsh.