Regular readers of this website, and those that have been with me since the early days of “The Rooster Crows at 4am!,” will know that I was a fairly regular visitor of The Shirven Hotel in Guimaras. 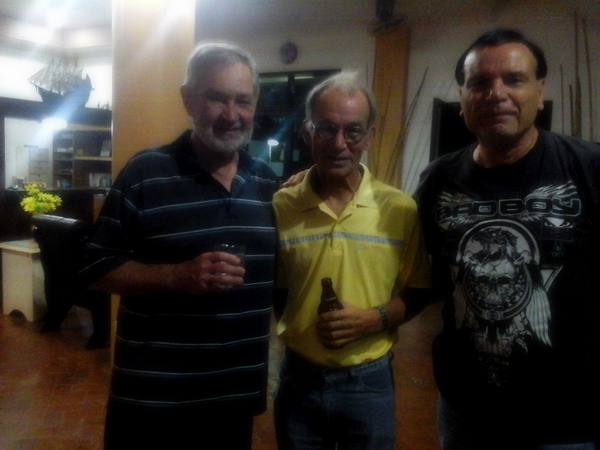 The Shirven is owned and operated by the delightful and vivacious Joy and her longtime friend and companion, the gregarious David.

I’ve never met David before even though I’ve lived in the Guimaras and nearby Iloilo City region for close to five years now.

Every time I would go into The Shirven, located in beautiful downtown San Miguel, in Jordan municipality on the mango island, someone would invariably ask me if I had ever met David. I never had. I was beginning to think he was a legend, or a part of the local folklore such as the duwende or aswang.

And since we share the same first name, it made me want to meet this local legend even more.

Recently, my beautiful asawa and I finally got to me the mystery man in the flesh. That’s him on the far left in the lead photo. Paul, a friendly British expat is in the middle and that’s me on the far right wearing my classic “Bad Boy” t-shirt.

Thanks to a tip from Aussie expat Peter, and his lovely wife Emily, we were informed that The Shirven was having an expat meeting on a recent Friday a few days before my wife and I would celebrate our 14th Wedding Anniversary.

We were going to make the short trek to the hotel on our anniversary, but decided to join in the expat meeting which was a going away gathering of sorts for Joy and David who were headed back to America.

Joy and David are world travelers and when they’re not in the Philippines overseeing the operations of their hotel or visiting some other far flung destination on the globe, they reside in the States. That’s Joy standing in between David and their lovely staff member, TinTin. 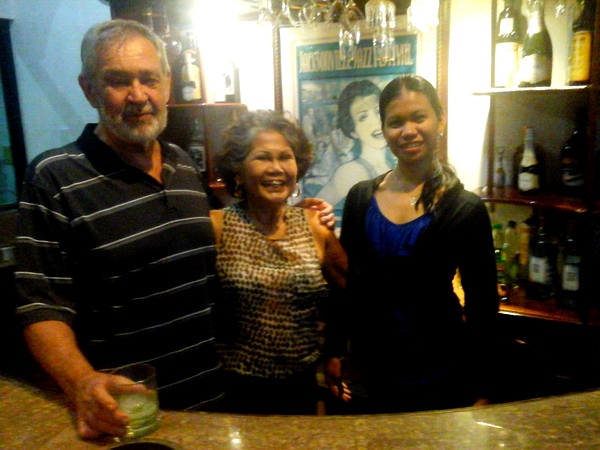 After visiting with Joy and David, we learned that the couple has hired new management and made several welcome changes in their operation. I’m calling it the rebirth of The Shirven Hotel in Guimaras.

I won’t go into any details, but I will reveal that the former management was guilty of gross negligence and absconded with a great deal of money from the establishment.

But The Shirven is definitely on the rebound and Joy and David are looking ahead. 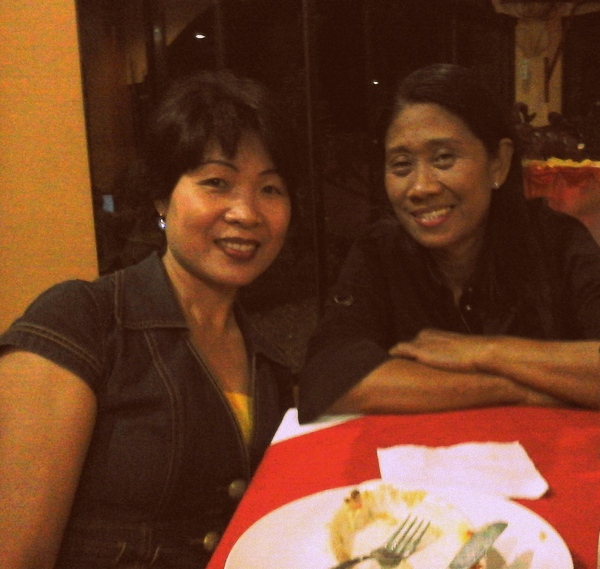 My asawa, left, and Emily

The food is great! My wife seen on the left in the picture above enjoyed a delicious shrimp dish. That’s our new friend, Emily, seated next to my asawa. Emily’s husband, Peter, an Aussie, is seen in the following photo standing next to me. 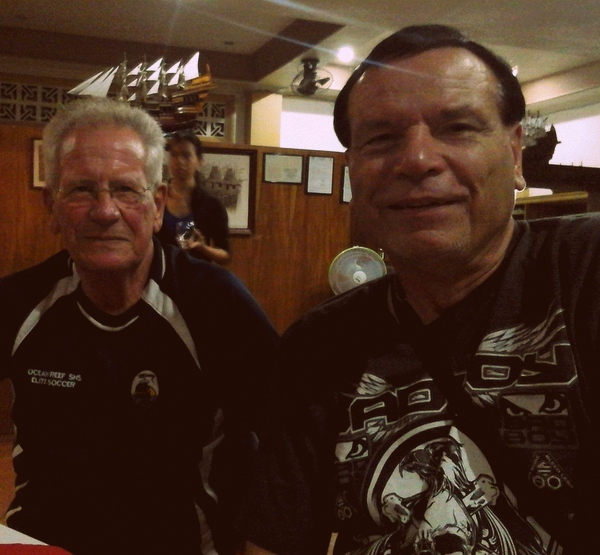 I had my usual fish and chips with a cold bottle of San Miguel Pale Pilsen. Joy has refined the batter again, made it much lighter, and it is great! I love their fish and chips and pronounce it the best fish and chips platter in the Philippines.

We had a time visiting with old and new friends, and I thoroughly enjoyed meeting David, who calls St. Louis his old stomping grounds. Only an hour from where I grew up in South Central Illinois.

David and I also have German ancestors (whom he had the pleasure of meeting in Germany during a family reunion) from the Alsace Lorraine region.

I’m looking forward to David and Joy’s return and encourage anyone visiting Guimaras to stop by The Shirven and enjoy a great meal, cold beer and the company of good friends.