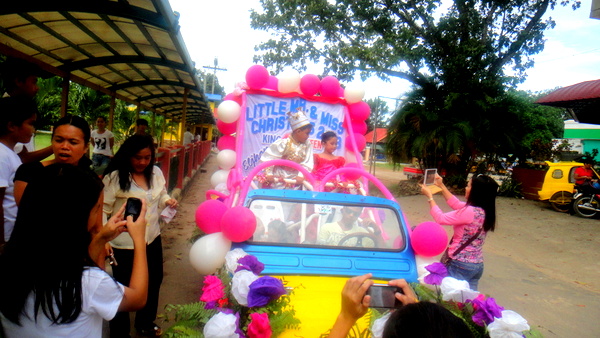 No permit was needed for the parade. No special arrangements necessary. All you have to do is head out on the main road with a few floats and marchers and you’re ready to go. Maybe I should consider entering my own float for Philippines Plus next Manggahan Festival. Now that would be a sight!

My asawa and her father-in-law, along with niece Sharwin and Shaina, took a tricycle ride from “The Farm” and waited near the Provincial Capital where the parade was to pass by. My sister-in-law, Alida, had rented an air-con room for the pageant that was to follow. As you can tell by the following photo, my wife’s father did not seem very happy to be there.

The parade was to start at 8:30 that Saturday morning. But having lived in the Philippines for over four years now, I knew that there was no way it would start on time. We waited. And waited some more.

My spouse made a quick call to our niece, Michelle, who works at the preschool, at 9:00 to check on the progress of the parade group. The route had been changed to pass by St. Michael the Arch Angel’s Catholic Church before it would arrive at our vantage point.

15 minutes later we heard the siren of the PNP escort which alerted us to parade.

About six or seven floats passed by. I was impressed by the number of participants in this event and attribute it to the growing success of my sister-in-law’s preschool. The school had a waiting list for new enrollees this year and had to turn many potential pupils away. Next year my sister-in-law and her husband, Joery, plan to build a new larger classroom to accommodate those wanting to enroll in their facility.. 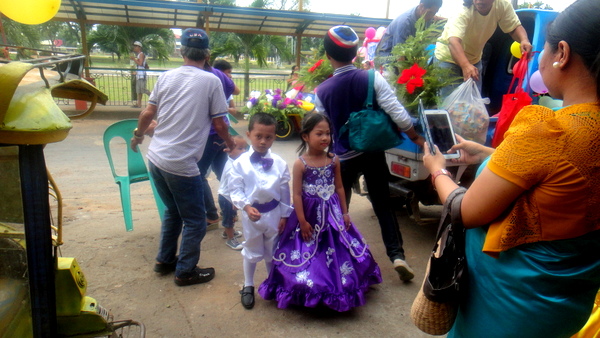 This is a photo of one of the couples participating in the 1st Little Mr. and Miss Christmas Pageant of Guimaras. All the kids were dressed in very elaborate outfits. I don’t how the boys felt about getting all dressed up but from my observations, the little girls seemed a bit happier about the whole thing. 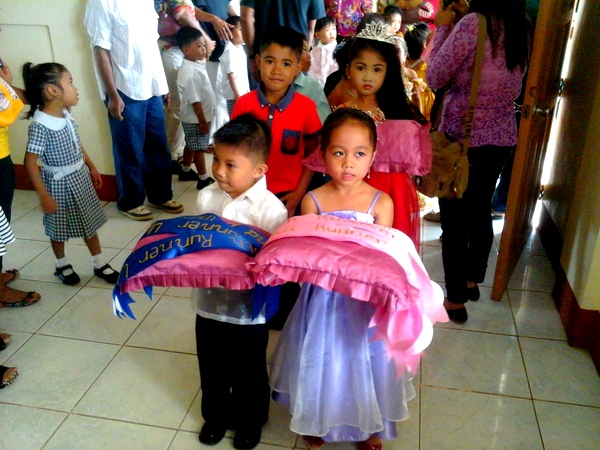 The pageant participants went indoors and were led by the first runner-ups carrying the pillows. Behind the couple are our niece, JalAmiel, and her brother Jorreal.

Here’s another look at Jorreal and JalAmiel, who is carrying the Queen’s crown. My nephew, a typical boy, seemed more content on playing with his teeth than he is in the upcoming coronation of the king and queen. 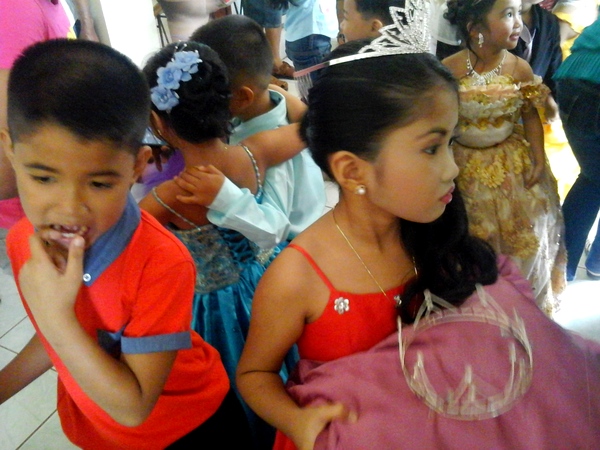 Of course my asawa, Tita (Aunt) Daday wants a photograph with JalAmiel and Jorreal. And who can blame her? 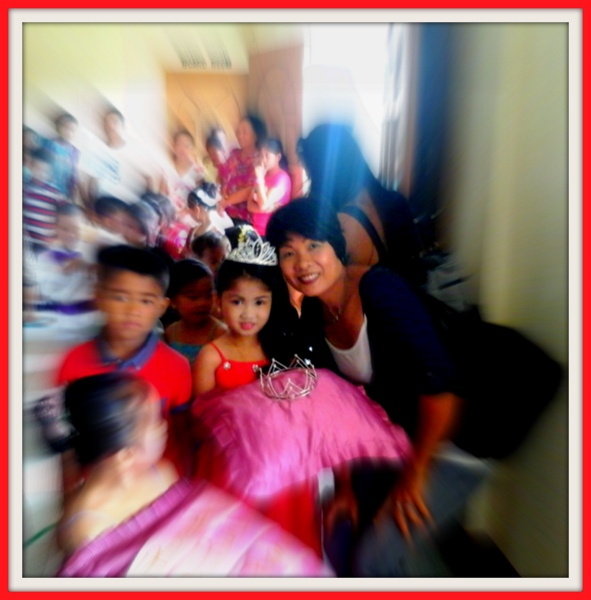 John Carl and Lourinne Danielle were crowned as the reigning 1st Little Mr. and Miss Christmas of Guimaras. Their respective parents are on each side of the mango island’s new royalty, and the Honorable Vice Mayor of San Miguel, Jordan, Guimaras, is pictured in the center. 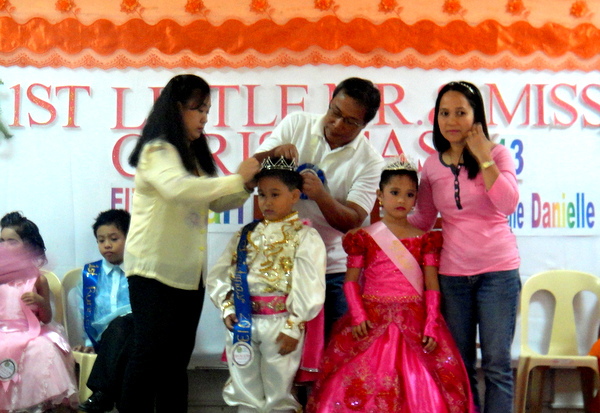 How were the winners of this Christmas pageant determined? It is common in the Philippines for pageant contestants to be sponsored by family member and friends. Donations are made for their favorite and the winners, are of course, those that have been able to obtain the most sponsorship money.

This 1st Little Mr. and Miss Christmas of Guimaras fundraiser for my sister-in-law Alida’s Guimaras Joyful Pre-School, Inc., was suggested to her as a good means to raise monies for their new school building. Part of the proceeds from the event was also used to host a Christmas party for the preschool students later that afternoon.

It was a thoroughly enjoyable event and extremely well organized. I was impressed by all the planning and work that went into. My in-laws did a tremendous job and make this event a great success. It was a good way to enjoy part of the holiday season plus I got a free pizza and Coke out of the deal. Congratulations to the winners and to all those that participated. They’re a great group of kids.