My American expat friend, The Tom Cat, only has a few more days until he returns to the United States. I will not longer be able to refer to him as an expatriate but I will always call him a friend. Unfortunately, his last week in the Philippines was marred by a recent visit to the Western Union office in San Miguel, Jordan, in Guimaras. 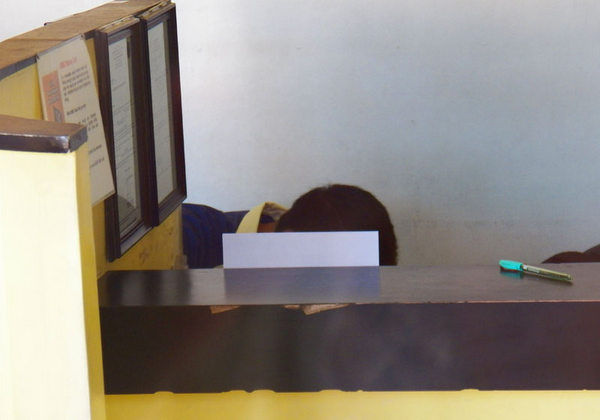 Western Union clerk in Guimaras that hid from Tom when he returned to take a few photographs.

Regular readers of Philippines Plus will know that I try to present both side of "paradise." The good, the bad and the ugly.

Folks, much as I love my new retirement home, there's plenty of the aforementioned elements to go around. And Tom just ran smack dab into "bad" and "ugly." And that never  feels good.

Here's a recent email The Tom Cat sent to me along with the accompanying photos:

I went to the Western Union in San Miguel, Guimaras yesterday to receive some cash for a freelance job.
I had to fill out their information card then waited for about 30 minutes to be called to the counter.
1. Sender's Name: Correct
2. Coming from where? Correct
3. The Western Union Code Number: Correct
4. The amount being Sent: Correct
5. The Receivers Name…  …I wrote Tom Collins
"REJECTED SIR! You wrote Tom Collins instead of Thomas Collins"
"Hold on you know me. Tom vs Thomas! For real!!!. This is going to cause a lot of inconvenience to several people, Come on"
"Sir you will need to contact the sender and have them go to Western Union and change the name from Thomas to Tom"
I slap the counter and say "This is an American company and in the states they would have understood"
I said nothing after that HOWEVER my mind had several words lined up for immediate use.
Thanks Western Union for causing me a big hassle and the sender. (1 hour in their office for the sender to change it)
I'm now setting up an account at a small bank here on Guimaras.
I have a good friend who has an account in the Philippines and the United States who will do transfers for me.
For my clients here in the Philippines I'm only going to allow payment through PayPal or my bank account.
Western Union you're now "REJECTED!"     I think I need a Pilsen.
Sincerely,
Thomas, Tom Collins 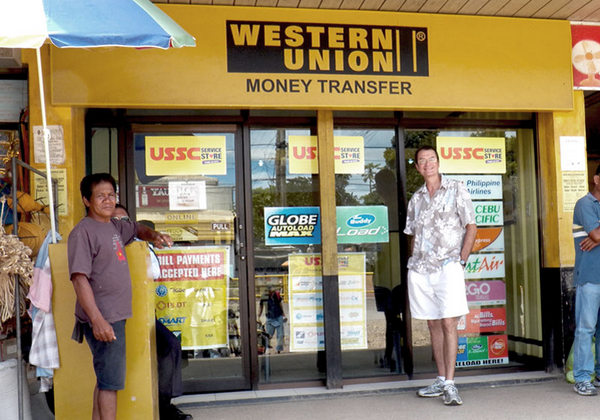 I've been to the Western Union office Tom writes about on several occasions when we lived in Guimaras. Since we're moving back to the mango province soon, I doubt that I will go back to that particular office to use their services. Tom has way more patience and tolerance than me. If he got upset, I can imagine the ruckus I might have caused.

I do have occasion to deal with Western Union in regards to business concerning this website. My asawa and I have had excellent customer service relations with the Iloilo City office located next to SM City. We'll continue to due business with them whenever we make any trips to Iloilo after we move. If ain't broke, why fix it?