The Return of Papa Duck (and Anne) 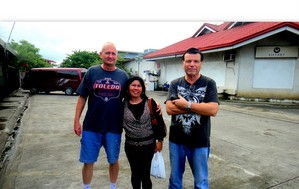 Papa Duck has flown back to the Philippines for good. The American expat, who recently married his lovely Filipina girlfriend, Anne, has officially retired in this archipelago of 7,107 islands. He's said "adios"  to the rat race in America. Farewell to stress.   "Au revoir"  to the daily grind. Yes, he's now living the good life. 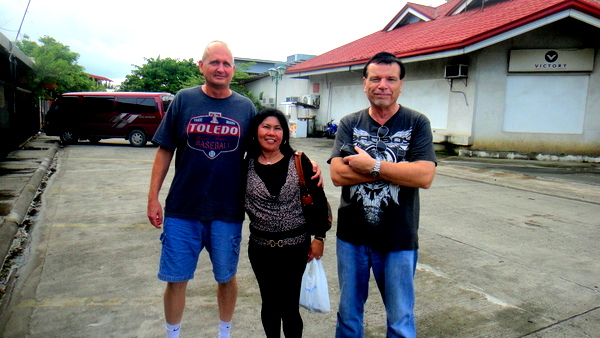 From left to right, Papa Duck, Anne and The Kano

But in every paradise there are challenges.  Papa D, who has been in the Philippines just over three weeks,  experienced  the recent flooding in Metro Manila last week  firsthand.  Cavite,  just outside of Manila, was one of the hardest hit provinces, and is where Randy and his new bride Anne are currently living.  As much as 60% of the Manila metropolitan region was flooded due to recent storms. The newlyweds had to sleep on the 2nd floor to escape the flood waters.

My beautiful  asawa, Melinda, and I, along with Rease W, an American expat living in Iloilo and a follower of this website,  along with his lovely wife Liza, joined The Tom Cat and his enchanting fiancée, Lenlen, for a trip to Raymen Beach Resort in nearby Guimaras, my wife's home province. 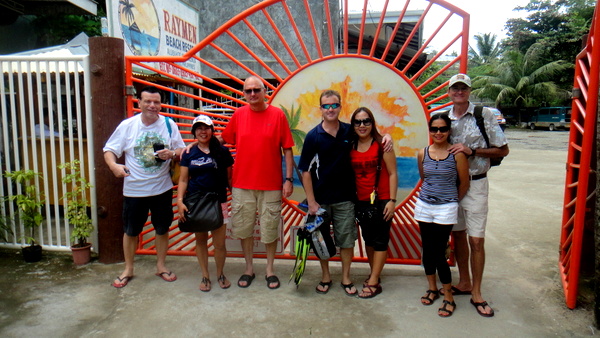 Here's the crew at the main gate to the Raymen Beach Resort in the mango province. From left to right, the author of this website, The Kano, who's gesturing wildly, Anne, Papa Duck, Rease, Liza, LenLen and The Tom Cat.

Here's the lovely ladies going for a swim. Liza, Melinda (my beautiful asawa),  Anne, and LenLen. It had rained earlier in the day but the weather took a turn for the better as the day progressed. 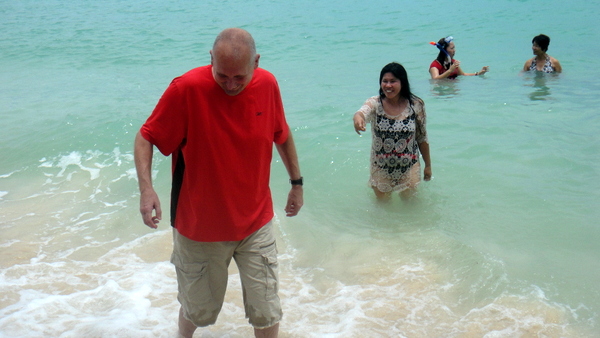 It was high tide and Papa Duck was fighting the waves crashing into the beach. The waves were quite strong for the first hour or so. 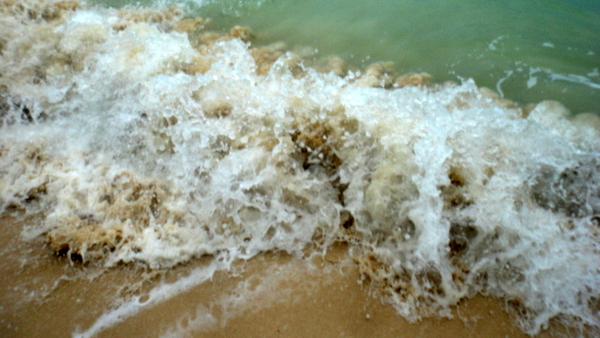 A close-up of the turbulent waters. My slippers were swept away twice and Papa Duck was kind enough to retrieve them for me. Remember, I'm an aging 61-year-old geezer. 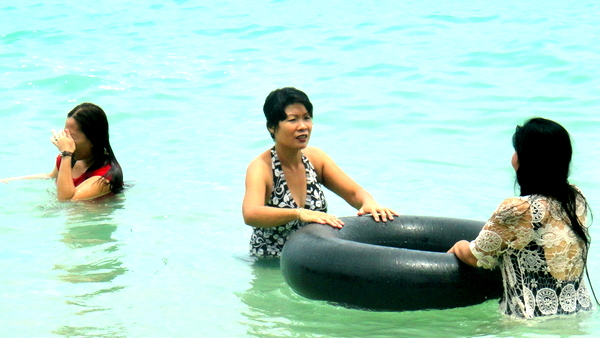 No, my asawa and Anne aren't arguing over who gets the inner tube. They were just having a little chika chika (conversation.) Liza, on the left, looks as if she might feel a migraine coming on with  all the chatter going on.

Tom and Rease went snorkeling,  but due to the recent heavy rains, visibility was poor. Randy and Anne graciously paid for the nipa hut rental and the multi-cab to reach the beach resort along with picking up the lunch tab.

A BIG THANKS to Randy and Anne for all of the supplies (and chocolate) which they brought to us from the States. And a HUGE THANK YOU for the generous support they gave us to help with my father-in-law's medical expenses. Their kindness is deeply and sincerely appreciated.

More on their visit on the next post as we retire to "The Farm" and Papa Duck and Anne head over to Savannah in Iloilo to look for a new home in the area. They like  Iloilo City  and plan to move here in the near future.

Thanks, too, to Rease, Liza, The Tom Cat and Lenlen for making our visit to the beach a great one. And thanks to my asawa for putting up with me. She's the best!