The most all-time popular video on YouTube, viewed over a billion times, is of course, “Gangnam Style.” It’s a K-pop single by South Korean rapper/dancer PSY.  Have you ever listened to a continuous loop of that song repeated for over an hour? I have. Welcome to New Year’s Eve in the Philippines. 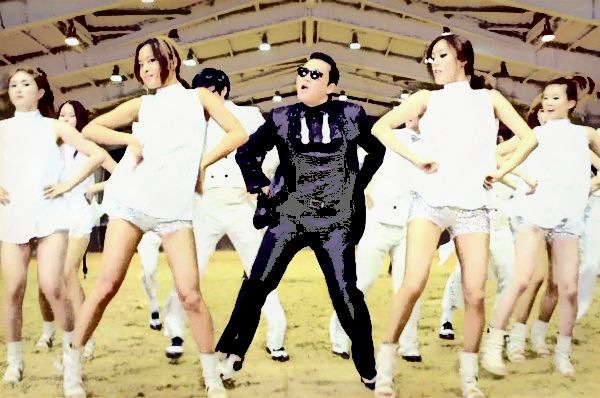 I was sick of the song before New Year’s Eve, when our new neighbor, “Harold, ” staged an all-night party. The only thing worse than  60 minutes of “Gangnam Style” are drunken, off-key karaoke singers with limited English skills, attempting Western pop classics like “New Kid in Town” by the Eagles.  And the “singing” is being done outside underneath a canopy. Where’s a good brown out when you need one?

I’ve adjusted to the constant barrage of fireworks that have been going off in our neighborhood the past few weeks, but this is the first time we’ve been subjected to an outrageously loud party on this holiday. It made the previous three New Year’s Eve celebrations in the Philippines seem like a church social with Aunt Bee from the Andy Griffith Show. 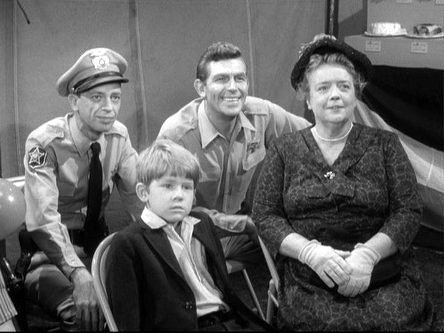 My asawa and I rarely went anywhere back in the States to welcome the New Year’s baby.  In the Philippines, we stay at home where  my wife serves the traditional noodle dish and round fruits which are to bring good luck and prosperity. I’m going to be 61-years-old next month. I rarely stay up past ten pm and I’m up by 4 or 4:30 am so I can take my early morning walk in relative peace and quiet. No way I’m going to make it until midnight.

Around 8 pm I cranked up the air con and the TV. “Justified,” my favorite new TV show, was coming up. With the volume turned up I almost drowned out the noise from our neighbor’s party. Caught an hour’s sleep before booming fireworks were ignited a couple of minutes before the new year began. 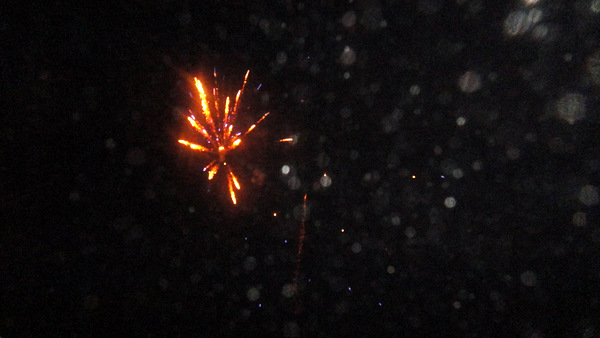 After a steady bombardment of ear-splitting noise for 15 minutes, the noise abated. But not the ruckus from the party. “Gangman Style” was still playing. The karaoke had thankfully ceased but I estimate that the Korean rapper’s big hit had already been playing for 30 minutes. The television was now off. My asawa and niece and nephew had managed to stay awake.

My spouse came to bed around 12:45 am. I wished her a “Happy New Year” and rolled over on my side. Suddenly, the volume on “Gangman Style” was cranked up to about 50 times what it had been! The noise drowned out our air con! That was it! My breaking point! I didn’t care if it was New Year’s Eve or not. My asawa tried to stop me and warn me the guys were already drunk. Didn’t matter. I was going across the street!

I opened our kitchen door and looked out. Most of the group had left but I saw four guys sitting underneath the canopy. As I opened our screen door,  a motorcycle pull up in front of the house. It was one of our nighttime security officer’s dressed in their Johnny Cash-style all black uniforms. Maybe it was Jack, the guard that helped me with a firecracker and kid problem back in November.

I walked over to the sentry as he got off his bike. Sure enough, it was Jack! I had seen him on patrol about a week before Christmas and had given him a P100, 2.43 US Dollars, tip for the holiday and as a “thank you” for helping me out. It was time to call in my marker.

“Happy New Year, sir!” Jack exclaimed as he held out his hand.

“Happy New Year, Jack,” I said as I shook his hand. “Can you get that noise turned down? They just raised the volume a few minutes ago.”

“I don’t care! If they don’t turn it down there’s going to be a problem!” I  firmly informed him.

Jack walked across the street and sat down by the revelers. I think Jack had been celebrating himself before his arrival. The neighbor and his crew waved at me and shouted “Happy New Year!”

“Turn down the music!” was my reply.

The music got turned down. Jack stayed. I went back inside where my asawa greeted me by the kitchen door. I told her that Jack the security guard had pulled up as I started to go outside. I also informed her I told Jack that “there’s going to be a problem” if the sound wasn’t turned down.

We returned to bed. I tried to sleep but was too upset. I was listening to see if the volume went back up. It didn’t. I got two hours of rest and got up at 4:30 and took my morning walk. Would there be repercussions from my Gangnam Style  backlash in Iloilo? Time will tell.