Our niece Shaina had arrived home around 6 pm without her younger, 13-year-old brother,Sherwin. I heard my asawa speaking to someone on the phone minutes earlier and was extremely glad it wasn’t me on the receiving end. Our niece and nephew that live with us go to the same high school and have specific instructions from my spouse to travel home in the jeepney together.  Vehicular traffic was backed up in front of our subdivision gate in Savannah, Pavia, Iloilo. A robbery had occurred and one of the thieves had been killed in a shootout right outside our main gate. 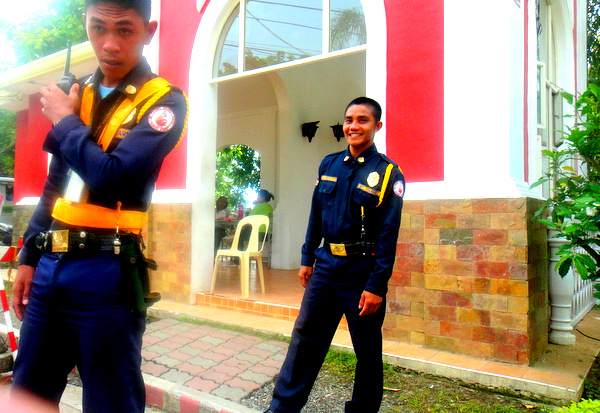 According to a report in The Daily Guardian, police in Pavia and San Miguel, Iloilo,  foiled a robbery attempt in the town, killing one of the suspects in a shootout late Friday afternoon.

Our nephew, Sherwin, had decided he didn’t want to wait for his sister to get out of class so he took a jeepney to Mandurriao plaza where he would wait for Shaina at the jeepney stop. Problem is, when Shaina arrived at the stop, Sherwin wasn’t there.

My asawa had made five calls to our nephew that went unanswered. She was livid with anger when she finally reached him. Jeepney traffic had backed up due to the robbery and the police pursuit of the thieves. He had just hopped on a jeepney. Why he didn’t get on one before his sister, who had arrived at Mandurriao later, is not clear. But one thing was certain. Our nephew was in for some big trouble in little Savannah when he arrived home.

It was already dark. Mandurriao Plaza is not the best place for a 13-year-old kid to hang out. Lots of “addicts” hang out there, according to my asawa. Shabu, meth, is a major drug problem in this area. 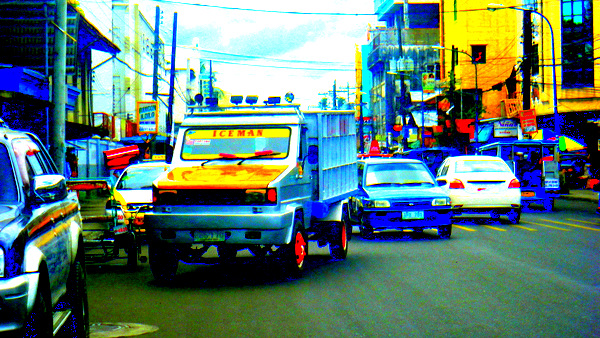 The Daily Guardian reports that the Pavia PNP, Philippine National Police,  led by S/Insp. Dante Dumaguing responded to calls for assistance from employees of King’s Oil office at Brgy. Hibao-an, Pavia 4:50pm yesterday. King’s Oil is near our subdivision.

Two suspects neutralized the security guard while the other four who were armed with handguns and a grenade carted away more or less P200,000 cash.

The suspects then fled towards San Miguel town onboard a Clint taxi unit driven by Raymond Ngirngir, a taxi group leader, who passed by the area.

The police caught up with the suspects and cornered them near the main entrance of Savannah Subdivision. A shootout ensued while one of the suspects tried to lob a grenade but the police quickly shot him dead before he could release it.

Police bomb experts extracted the grenade and wrapped it with adhesive tape to prevent it from exploding.

The remaining five suspects then surrendered when they realized that they were surrounded by authorities.

The dead suspect was identified as a certain Sonny Daw-ang. Another suspect who was caught in a follow up operation remains unidentified.

Ngirngir, who drove the taxi used by the suspects in fleeing, was also arrested but he denied being part of the robbery group.

The cabbie said he was passing through Hibao-an area when the suspects who were casually walking along the highway flagged him down.

Ngirngir said the suspects have just boarded his taxi when a pickup filled with police officers blocked their path.

The taxi driver said he was unaware that his passengers were robbers.

Dumaguing said they have been on alert after receiving reports that a robbery group will operate in Pavia.

Aside from the hand grenade, investigators recovered from the suspects P24,400 cash, a caliber .9mm pistol, and two caliber .38 revolvers.

We initially thought the robbery had occurred outside our subdivision’s main gate. Traffic was backed up for miles. Our nephew Sherwin finally arrived home after 6:30 pm, over an hour late. His tita (aunt), The Sainted Patient Wife, ripped into him. He has extra chores this weekend and has television privileges taken from him. My asawa played the “bad cop.”

I walked into Sherwin’s room and took on the role of “good cop.”

“Sherwin, I hope you listen to ‘Tita.” You don’t have to be afraid of me, but you DO have to be afraid of ‘Tita.’ You never leave the school without your sister again, OK?” I gently said. With his head lowered he answered in the affirmative. Message received. He did not want to suffer the wrath of his “Tita Daday” again.

The family sat down for a quiet dinner. The crisis was over. The traffic jam from the  Savannah Shoot-Out had cleared out by the time our niece April arrived home from work at SM City about an hour after Sherwin.  All was peaceful again in our subdivision as I prepared to watch the season premiere of Glee 4. I miss Finn, Puck and Santana (pictured below), but life goes on. 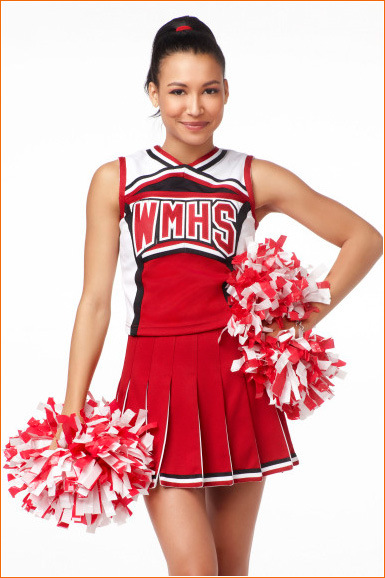 4 thoughts on “Nephew Sherwin and the Shoot-Out at Savannah”