Parola Dock in Iloilo is the wharf we use to travel from Iloilo City to Guimaras during the the monsoon season. I prefer the alternate departure area,  Oritz Dock,  since the steps leading to the pump boats we board on Parola are only big enough for an overstuffed duwende, and that's about it. 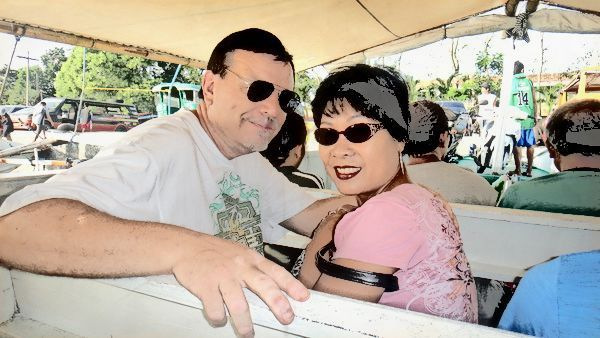 We've been hammered by high winds and heavy rain the past 24 hours. Though the rain from this latest tropical storm, "Helen," hasn't been as heavy as the onslaught from the previous typhoon that killed at least 95 people in the Philippines, we've still managed to get more than enough rain to restock all of our water barrels and bottles. 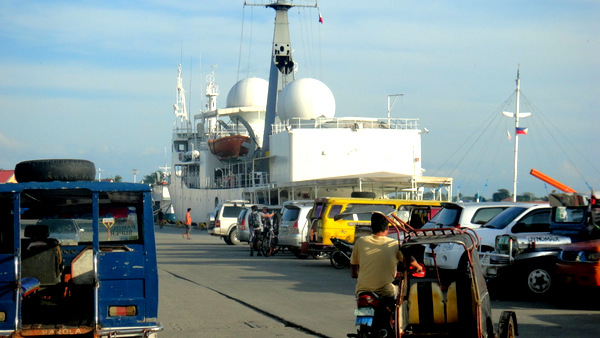 So when we took off this past Sunday morning from Parola Dock we were fortunate to have a break in the weather. The skies were sunny as the crew pushed our pump boat away from the dock. The jeepneys were already stacked up, as seen in the photo below, waiting for passengers from Guimaras. 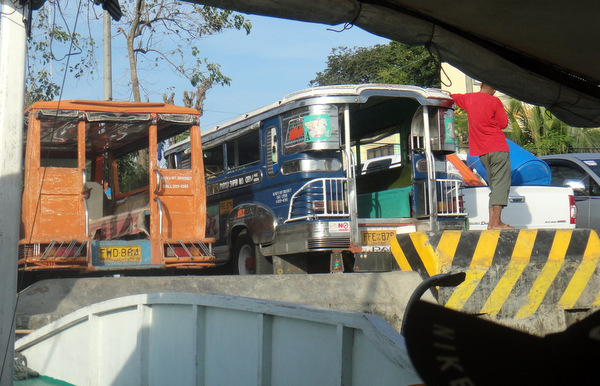 Crew members were busy loading motorbikes onto the pump boats. You'll usually always find some kind of motorbike or bicycle, especially on a Sunday. Lots of cyclists from Iloilo like to travel the main road in Guimaras on a Sunday jamming up the one lane road that has been under construction for at least three years.

Our jeepney from Jordan Wharf to San Miguel in Guimaras had to continually honk at bicyclists that weren't allowing him enough room to pass through. I'm sure our driver must have been getting frustrated. 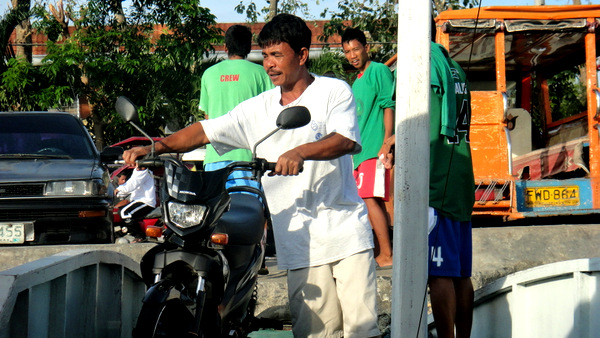 That's our niece, Michelle, on the left, along with our niece, Shaina, and nephew Sharwen, in the next picture. Don't worry if you see their names spelled differently every time I write about them. I swear the spelling changes whenever my asawa does take a rare look at this website and informs me that I've spelled their names incorrectly again.

You might notice a blonde in the background. She's a French girl that was part of the group of volunteers that I wrote about in my last post.  She also wore a bikini on Raymen Beach but I did not ask if I could take her photo as I did the Filipina and Korean girls. I did speak to her for a couple of minutes, but just thought I wouldn't even bother to ask for a photo. Had plenty of pretty pinays around anyway. 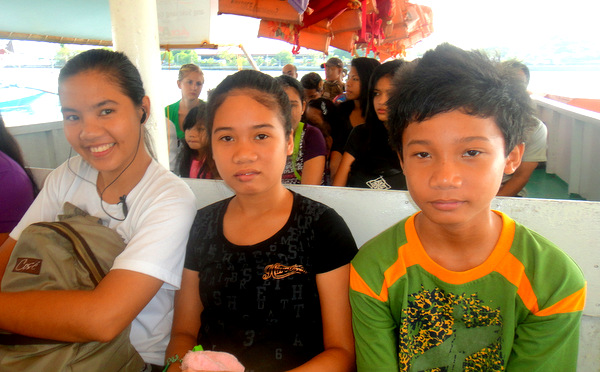 The next shot is a SuperCat Ferry next to a pump boat and  making a run from Iloilo City to Bacolod. We were catching a glimpse of the one making the 7:30 am run. The ferry makes four trips a day from Iloilo. 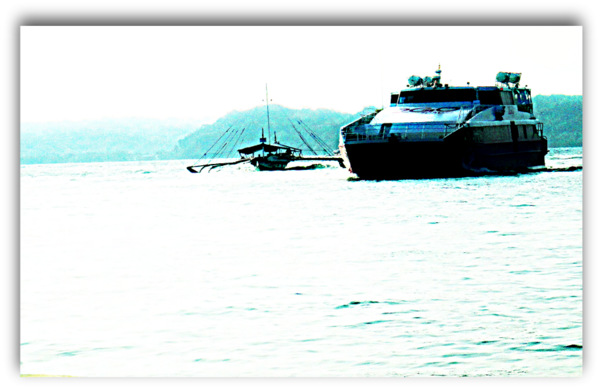 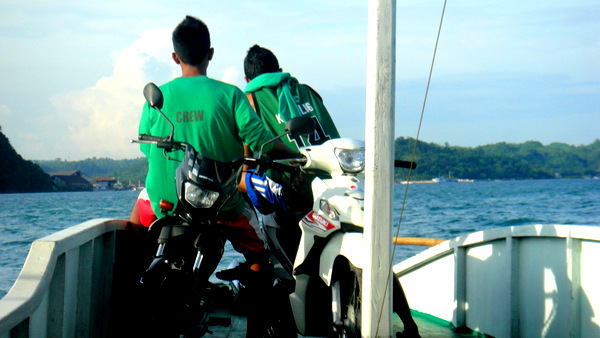 The pump boat crew has some convenient seating on the motorbikes as we approach Jordan Wharf in Guimaras. Takes about 20 minutes to reach Guimaras from the Parola Dock versus the usual 15 from Ortiz, but I had all the time in the world. I'm a retired American expat in the Philippines and I've got it made. And I know it.