My niece, April, was securing her necessary pre-employment documents required from the SM Department Store in Iloilo where she would begin work on August 31. She received her list of requirements last week, Wednesday. This past Monday at 2 pm she was to turn in those documents to the Human Resources Manager. That didn't leave her much time and with her Barangay Clearance still not in her hands, I was concerned she would be able to obtain her necessary paperwork in time. 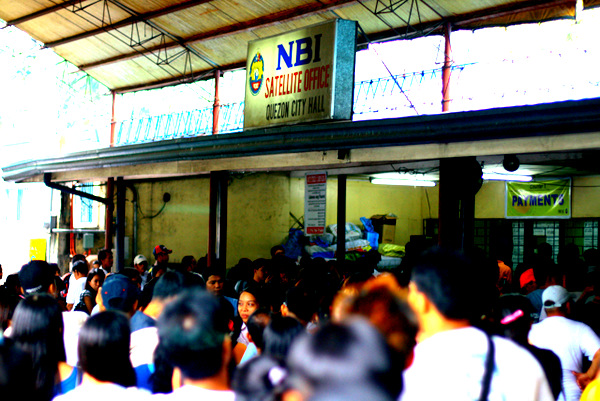 Our "hot" laundry lady had gone to the barangay office last week to save April the trip over there. As one of my faithful readers, Let, pointed out, it would have been quicker if our niece had secured the necessary document herself.

Our helper advised my spouse that the barangay captain had been on vacation. I could not believe there was not someone else in charge. The Kagaward is the acting Kapitan, as Tom Ramberg, one of this website's highly intelligent contributors,  noted in a remark on the previous post. The captain's secretary promised the clearance that Thursday afternoon. But the afternoon and evening passed with no word on the document. I was getting agitated.

Early Friday morning someone came to our door. I heard our twin nieces, April and Michelle, speaking to the visitor. It was the barangay captain's secretary. She had personally delivered the paperwork to our home. In fact, she had clearances for both of my nieces!

The secretary left and I heard her having a little talk with Jesus, our next door neighbor. I quickly put on my slippers, took a 50 peso (1.19 USD) out of my wallet, and walked next door. The captain's assistant was surprised to see me and refused my tip. "Please take it," I said, "for all of your trouble. We might need something in the future." She nodded and shyly took the bill.

My asawa left with April that Friday morning to get her police clearance. Her tita, aunt, felt it would be quicker to go to the local police station to get the necessary police clearance instead of going to the main Iloilo location. The local station was located near our barangay captain's office. Our laundry lady met my wife and niece at the station and helped procure the paperwork in just a few minutes.

The Sainted Patient Wife returned home to let our niece gather the remaining paperwork needed. April was able to get her T.I.N., Taxpayer Identification Number, from the regional B.I.R., Bureau of Internal Revenue office in nearby Molo and went on to the National Bureau of Investigation, NBI, office to get her NBI employment clearance. 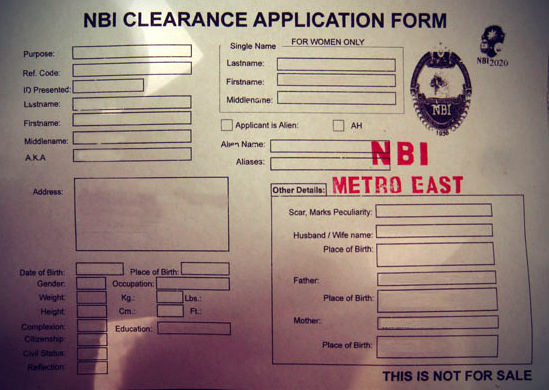 I had read horror stories online about how long the lines were at the NBI office in Iloilo located at Fort San Pedro. I downloaded the NBI clearance form online and had given it to April so she would have that paperwork filled out before her arrival. Didn't help.

Sister Michelle had joined April at the NBI office only to discover the doors were locked. They were only serving 600 people that day and would not process any more applicants despite pleading from my twin nieces and explaining that the paperwork was needed on Monday for April's job. Didn't matter. They were turned away.

Now what? The office is closed on Saturday and Sunday. (To be concluded next post.)