Are you an American expat living in the Philippines that keeps a close eye on the US Dollar to Philippine Peso exchange rate? Maybe you're a Filipino  working overseas who sends money home to your family every month as my asawa used to do years ago.  If so, the recent report that the Philippine peso recently hit a four year high is not welcome news for you. I'm certainly not thrilled with it. After almost three years in the Philippines, the current rate of 1 USD to 41.68 PHP doesn't do much for the budget. 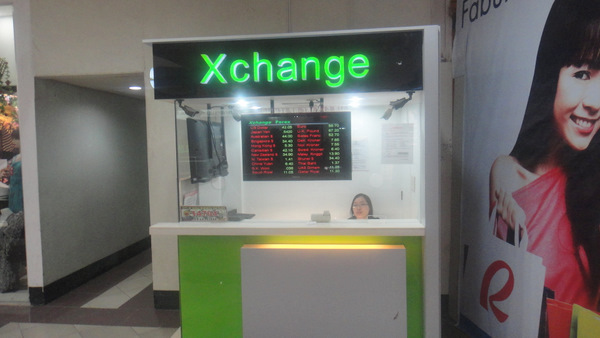 The Malaya Business Insight reports that the peso also has maintained the least volatility among Asian currencies. It posted the best appreciation against the US dollar among other Asian currencies from January to July 2 this year.

Data from the BSP showed that from January to July 2, the currency has appreciated by as much as 4.33 percent, the highest in the region. The most depreciated currency was India's rupee at -4.34.

In terms of volatility, or the degree of fluctuation against the dollar, the Philippine peso remains to be the least volatile in the region at 1.14 percent followed by the Singapore dollar at 1.2 percent.

Most volatile is still the rupee at 4.76 percent followed by the New Zealand dollar at 3.1 percent and the Australian dollar at 2.93 percent.

The stronger peso is certainly going to hurt the ranks of the Overseas Filipino Workers, OFWs, whose monthly remittances will mean less US dollars being sent to their loved ones here. Without those OFWs making sacrifices to support their families in the Philippines, the economy here would suffer a major blow since those remittances comprise a tenth of the total Philippine economy.

Results of the 2011 Survey of Overseas Filipinos showed that the total number of Filipino workers who worked abroad anytime between April to Sept. 2011 grew to 2.2 million in 2011 from 2.0 million in the same period in 2010.

Total remittances also grew for the period, to P156.3 billion from the previous year's P141.2 billion according to the  Business World Online.

While my asawa and I are currently living below the U.S. poverty level   of $15,130 a year for two people, we're still enjoying a comfortable lifestyle. We can still live cheaper in the Philippines.

Check out the above chart of historical US dollar to Philippine peso exchange rates since we've moved here. (Source: fxtop.com)

Though today's exchange rate is at it's lowest point since we first arrived in Guimaras, a rural province in Western Visayas, August 2011 (circled in yellow) was also another bad month. The best exchange months occurred when we moved in July 2009. May 2010 (circled in red) was another good month.

But we sit now and wait for our monthly deposit to be sent from our retirement account back in the States and won't do any exchanges until we have our allotment.

Maybe the exchange rate will even worsen in the coming days? Hopefully not, but I can't see any major improvements with the current state of affairs back in America that will strengthen the US Dollar.

Aside from the continuing dispute the Philippine government has with China over in the South China Sea, I don't see anything on the horizon here that would cause the weakening of the peso at this time.

Though I'm concerned, we'll just weather the storm and kick back and enjoy life despite the current exchange rate. It's still more fun in the Philippines. Most of the time.