The Wingman: Single Guy’s Best Friend in the Philippines

My new American expat friend "Jim" needed some help. In my previous post, I related a story in which my single amigo was having some difficulty in meeting some cute Filipinas of which Iloilo has an abundance. We were on our way to the SM Supermarket at SM City, and we decided to stop by the cosmetics counter so I could introduce Jim to a pretty pinay that had spoken to me earlier in the day. 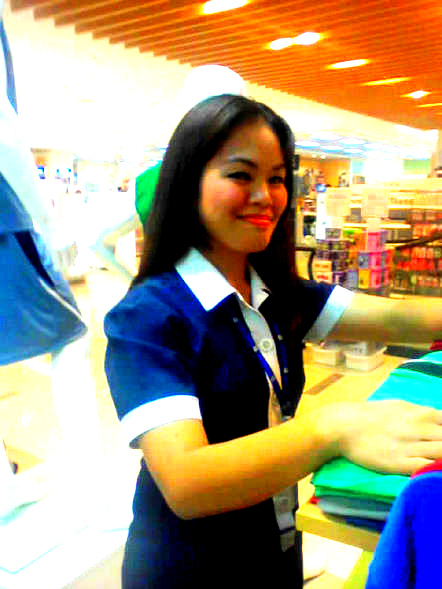 As we approached the counter we could see she was busy with some customers so we wandered off in the store until she was available. In the meantime we chatted with various sales associates located on the second floor of the SM Department Store.

As the wingman, I explained to the pretty pinays that we chatted with that I was an American married to a Filipina for over 12 years. I told them I've lived in the Philippines almost three years and wanted to introduce my friend who is in Iloilo City to stay. I advised them he is not on vacation and is looking for a girlfriend to hang out with.

Jim and I both told the pretty pinays that the sales associates at SM City where much friendlier than the ones at our local Robinsons Mall. We both felt the sales girls at Robinsons were "stuck up." I then attempted to explain that slang phrase without much success.

I stood by, as any faithful wingman would, and after seeing the conversation was going well for my amigo, I stepped back. I could see them exchanging phone numbers.

"Mission accomplished!" I thought. Chalk one up for the wingman.

It was approaching 4:00 pm, and I wanted to stop at the SM Supermarket for a few items before heading back home. Jim went to the grocery store with me. I passed by the poultry department and spotted the Magnolia Chicken crew. 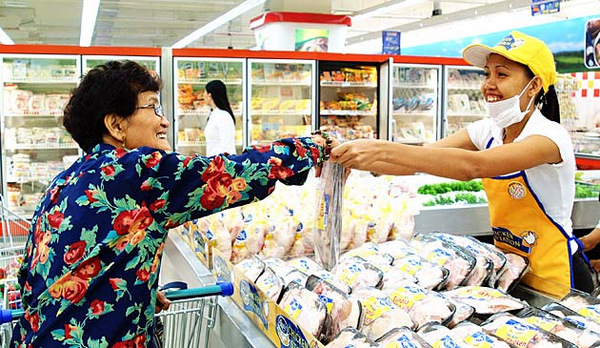 Whether I am at the SM Hypermarket in Iloilo or this outlet, I always make this remark to the workers: "Love those caps!"  I wish I would have had my camera with me that day or on previous visits to show you the outlandish hats they make the employees wear. Picture a large floppy red rooster comb perched on top of the cap in the photo above  and you get the general idea.

The SM City market has a young Filipina that works there, and I spied her stooping down on the floor. "There's the chick!" I yelled to her two male co-workers as I pointed to her. The guys both laughed. I've spoken to all of them before. Friendly, good-natured group. Sometimes they even thank me for my sarcastic remark about their headgear.

I called over to Jim who was checking out some fruit, kiwi that is. "C'mon, Jim, you've got to meet the Magnolia chick!" Customers surrounding the chicken station seemed to be amused. My American expat friend walked over. I introduced him to the "chick." She was smiling broadly. I teased her about her duwende-sized height, she is only 4'11" (which is actually the average height of Filipinas.)

Jim and the young lady, 25, chatted for awhile. Too many customers around to attempt to get her number, but my amigo advised her he would be back.

A successful day for the wingman. Glad I could help out my single friend in the Philippines. Jim and I parted ways and headed to our separate destinations. He's sent me emails since that day, and things are going well for him. I'm glad to hear that.