October 2011. We left Guimaras.  Moved to Iloilo. My asawa had a dispute with her younger sister, Alida. Her Mother had told relatives that after over 11 years of support, we had abandoned her. But for the first time since we left, the two sisters are finally speaking to each other. But it took the arrest of their brother, Flores,  in Manila,  to bring them back together. In the meantime, our 4-year-old niece has suffered from malnutrition. My asawa was saddened to see her so painfully thin (see recent photo with Din Din, Jorreal and JalAmiel on far right) today as her backbones stuck out from her flesh when she bent over to sit with her favorite tita (aunt.) My heart is broken. 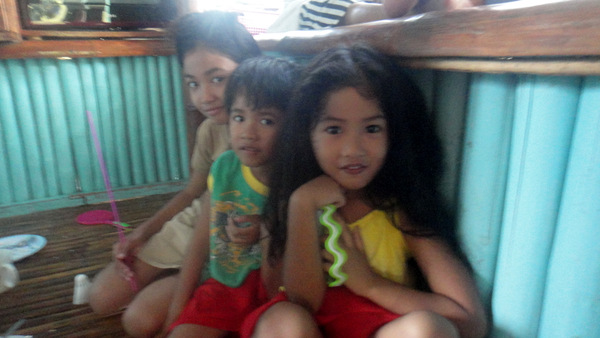 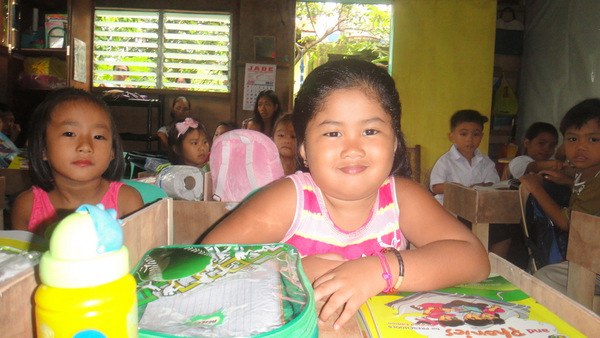 Back in 2004, Flores was trying to prevent her older sister's water from being stolen by neighbors. In the dispute, he was attacked by relatives of the family stealing the water. In anger and desperation he slashed the arm of one of the family members and fled.

Charges were filed but the police never apprehended Flores until last night, eight years later. He now sits in jail with a P20,000 (462.00 US Dollars)  bond and charged with "frustrated murder" (attempted murder.)

My asawa went to Guimaras today to sell the one cow she has in order to help raise bail for her brother. She visited her home and spoke with her Mom and her sister Alida for the first time since last October. Her nanay is also selling one of her cows to help get her son out of jail.

While I was not pleased that my wife was selling her animal while we have pressing needs of our own, I understand that she does not want her brother to sit locked up in a a jail. What he did was understandably wrong, but my spouse wants him out of prison until his trial date (which could be years from now.)

But out of this crisis has come some good. The family feud seems to be over. But with niece, Shaina and nephew, Sharwen, now living with us, we have extra expenses again. Our twin 18-year-old nieces, April and Michelle, pictured below, will join us on Tuesday. We will be supporting them until they can somehow hopefully find employment. 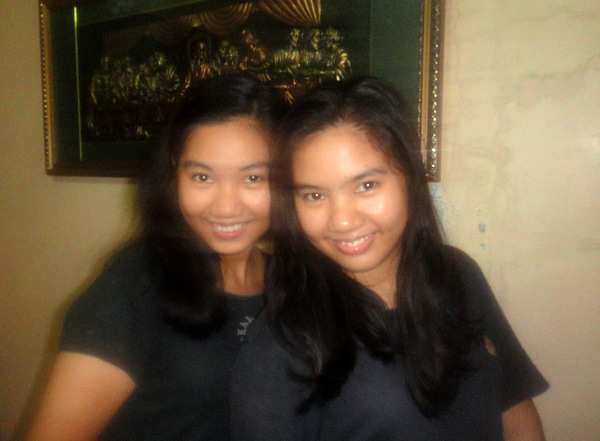 I am asking for help for JalAmiel, Jorreal and Din Din. They need vitamins, milk and school supplies. As you can tell by the second photo, JalAmiel was a chubby little child but now has grown too thin.

We also are trying to raise 300 USD, or P13,000 to buy bunk beds and mattresses for April and Michelle. The bottom bunk is a double-sized mattress and will sleep two people. It will open up the top bunk for our 14-year-old niece, Shaina, who currently has to share the sofa bed with her brother, Sherwin.

Can you help us? I know times are hard, but any amount will be sincerely appreciated. Also, all proceeds from  my eBook, "The Expat Guide to the Philippines," will go to our little niece, her brother Jorreal and sister Din Din and our twin nieces. A $25 donation will buy JalAmiel's or Jorreal's school supplies for the year and vitamins for a couple of months. I appreciate your support and thank you in advance for your kindness. 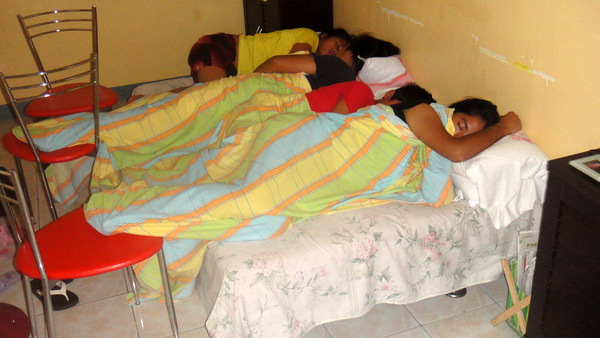 A BIG THANKS TO SCOTT H, KENNY P, CHARLES S, JASON B,  ALLEN T AND STEVE A FOR THEIR EXTREMELY GENEROUS CONTRIBUTIONS!

We also  need to purchase a new bunk bed and mattresses for our twin nieces living with us (see photo above.) Only $300  $150  $100   $0.00  to go and NOW we can purchase that bed. Another generous donation from Steve A. has enabled us to meet our goal! We'll buying the new bed in a few days! The Sainted Patient Wife and I sincerely thank everyone for their support. You guys are THE BEST!

THANKS to Jason B for another generous donation! The bed has been purchased but Jason's second contribution will go towards a new refrigerator. Our used one has a freezer section that is no longer even freezing ice cubes. The main fridge door is held shut by a bungee cord and food spoils quite frequently. There's always something! Thanks to everyone for their support. The story on the new bed is coming up shortly.

2 thoughts on “Help Needed For My Niece JalAmiel: The Feud Is Over.”