The National Youth Commission (NYC) this past Friday expressed alarm over the rise in teenage pregnancies in the Philippines that was disclosed in a report by the United Nations Population Fund (UNFPA). 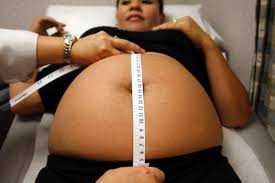 The report, which I read online at ABS CBN new.com, said the Philippines now ranks FIRST among ASEAN’s (the Association of Southeast Asian Nations) 6 major economies in teenage pregnancy with a rate of 53 in every 1,000 women aged 15 to 19.

“This problem is growing exponentially. It is becoming commonplace in the youth’s field of experience. Most young people would usually have a friend or know a peer who became pregnant at a young age,” NYC Commissioner Perci Cendaña said in a statement.

NYC also said a study showed that unplanned pregnancy is one of the main reasons why teens fail to finish schooling.

“Teen pregnancy has many dimensions and its strongest impact is on the young mother whose future will be jeopardized because she needs to take on the responsibilities of being a mother at a very young age,” said Cendaña.

Cendaña urged lawmakers to pass the controversial Reproductive Health (RH) Bill, saying that the need for an RH policy “is so obvious now more than ever.”

“Age-appropriate reproductive health education is key to influencing the lifestyle of young people so that they can be made more responsible of their actions,” he added.


But you might ask, how can this be? Isn't the Philippines overwhelming Catholic?  Around 84% of the population claims to be.

But that didn't stop a couple of our nieces in the Philippines from getting pregnant in their teen years. The one young lady was going to attend college and had done very well in school. Well, two babies later, the chances of this unmarried Filipina attaining a higher education are very doubtful. Frankly, whatever she learned in Mass must have  quickly been forgotten in the heat of passion.


Cendaña wants to put the bulk of the blame on the rise in teen pregnancy in the Philippines on the failure to pass the RH Bill. I talked to my asawa about this story. She rightly points out, I believe, that many of the kids are going unsupervised,  and this has a major negative impact on family life. Our teen-aged niece with the two babies has not had the influence of her father around most of her life. He's been working overseas as a seaman for decades.


Many children have a parent or parents working abroad as OFWs, Overseas Filipino Workers. With almost 10% of the Philippine populations away from their families, I believe my spouse has a valid point.  As she stated to me, many of the parents just send money back home to the lola (grandma), and sometimes the kids are not left with the proper parental supervision they need.


Would the RH Bill help? Probably. But with the Catholic Church vehemently opposing it,  as it has done for years, it is doubtful that it will ever become law in the Philippines. But something needs to be done. With the soaring birthrate in the PH continuing to be unchecked,  the rising teen pregnancy rate is adding to the economic woes of this country. I see enough starving children around here. It breaks my heart.

The proposed Reproductive Health Bill does NOT legalize abortion, but does aim to guarantee universal access to methods and information on birth control and maternal care. More jobs for Filipinos so they do not have to work overseas and leave their families would also help. And what about the teens practicing abstinence? That's always an option. Imagine that.