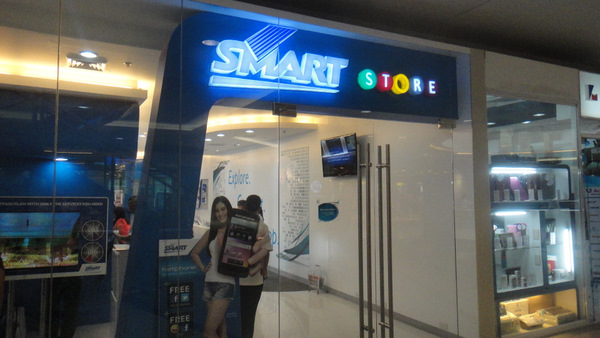 Went to the “Smart Store” at SM City in Iloilo City on Monday, October 10. My asawa and I were going to move from our home in Guimaras to a subdivision outside of Iloilo City. I thought my request was a simple one, simply transfer service to our new location. I had worked for telecommunications giant AT&T back in the States and such work orders are processed on a daily basis by the thousands. Arrived at around 10:30 am and got a ticket number to await my turn to speak to an account representative. About 30 minutes later, my number came up and I walked over to Counter 1 to explain what I needed.

My Smart Bro agent, Mary Joy, took down the address for our new installation and started processing a work order, or so I thought at the time. She informed me that I would need to remove the radio antenna from our home in Guimaras and bring it to our new address or I would be charged a 800 peso (18.41 US Dollars) re-installation fee. I advised her that I would not be climbing the 50-foot tower that our Smart Bro tech charged us P18,000 (414 USD) for, and I doubt that he wanted to climb the tower to retrieve it. Told her to charge me the 800 pesos. She collected P 1,450 (33.37 USD) from me which included the aforementioned 800 for the reinstall charge plus P450 (10.36 USD) for a pull-out, or disconnection fee and P200 (4.60 USD) for a deployment fee to have a technician dispatched to install the new service. As she handed me my receipt she advised me it would take a maximum of three days for the work to be done. I told her that was better than the five to eight day time frame that a Smart Bro rep at SM Delgado had told me last week when I had made an inquiry.

Though math was not my strong suit in school, I still estimated that by Thursday’s end we should have our Internet installed at the new location. I unpacked my computer around 3 am on Wednesday morning, the day after our move, and cleared enough space on the floor to begin hooking it up. We were unable to bring the custom-made computer desk my brother-in-law Joery had constructed for me two years ago, couldn’t get it out of our room without taking it apart, so I improvised and set up my equipment on empty boxes. Got everything hooked, turned on my CPU tower, it made a noise for a few seconds, but wouldn’t start. I switched outlets and tried using different plugs and adapters, but no luck. I was getting frustrated. Decided to go with my asawa to the SM Mall in Iloilo City as she wanted to buy some cleaning supplies and curtains for the house. Might as well tag along as I wasn’t getting anything accomplished here, though the thought of shopping for cleaning products and draperies didn’t really excite me that much.

Returned from SM City later that afternoon. I survived the shopping trip. Decided to attempt to get the computer running again. Time after time, I failed. I wondered if there was enough voltage in our new home to power my desktop. After a fruitless hour of frustration I gave up. I decided to send a text message to my computer tech, Panoy, back in Guimaras. I related the problem to him and waited for an answer. Hours passed and still no reply. Maybe he didn’t have a load for his cell phone or perhaps he was busy. Went to bed early that evening with my wife’s mobile still on. Received a message around 8:30 pm asking me if I had tried to plug the unit into a 220 outlet.

My computer technician had put a new power supply in my computer some months ago when he replaced my motherboard. I had my unit, which I had shipped from the States in a balikbayan box from Forex, and it had a 110 power source. I was using a Automatic Voltage Regulator I had purchased in Iloilo City over two years ago which had a 110V outlet along with a 220V outlet. 220 voltage is commonly used in the Philippines. I was too fatigued to get up and try my tech’s solution, but the next morning, Thursday, I awoke at 4am and plugged my computer to the 220 outlet on my transformer. Sure enough, the computer fired up and was working great. Now all I needed was Smart Bro to come and hook up my Internet connection. After all, it was Thursday and the Smart representative had told me on Monday that the installation would be done in a maximum of three days. By my books, today would be the third day.

After over a dozen unsuccessful attempts to try and reach a live representative at the *888 number which was listed on my receipt, I remembered that I used to call *1888 when I had problems with my Smart Bro connection. Each number had an annoyingly cheerful voice which chirped: “Great news!” and announced that on October 20 there would be new menu options available to offer even better customer service. I could hardly wait. I finally was able to reach a technical representative who advised me that there was not any record of my transferring service. What?! What kind of sick joke was this? I even recall the Smart Bro agent in Iloilo City telling me she had called the technician that does the installations for our subdivision and that there would be no problem with transferring the new service. Now I am told that there is no record whatsoever even though my issued receipt showed proof of this? 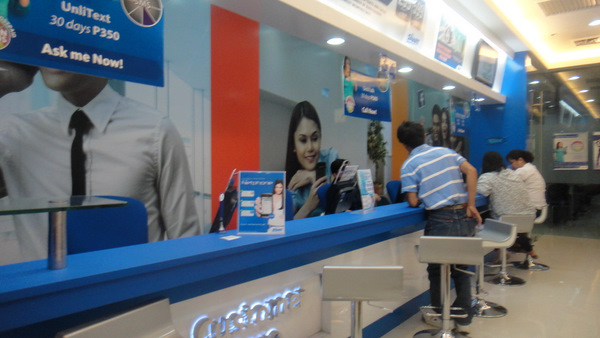 The unfortunate Smart Bro agent that gave me the bad news informed me that I would have to go back to the office at SM City in Iloilo to take care of the matter. I informed him that it was not my fault that the agent there screwed up, and that I wanted some contact numbers for the local office. I had been trying to reach a number printed on my receipt, (033) 320-0058, which was mislabeled as a “contact” number. No matter how times I had dialed that number no one picked up the line and there was not even an option to leave a voice mail. If this was an example of customer service, this was “customer service” at it’s worst.

After several minutes the representative came back on line and gave me two cell phone numbers for the Iloilo office. I was fuming by this point and dialed the one number. To my amazement, a representative from the Smart Bro office in Delgado answered the phone. She gave me another number and extension to call for the SM City office. After dozens attempts at reaching that number, I gave up. It had a continual busy signal. When I tried to call back the Delgado office no one would pick up the line. Evidently they had Caller ID and did not want to speak with me again.

I realized that my attempts to try and get any help over the phone were futile. Advised my asawa that we needed to go back to SM City and attempt to get this straightened out. It was a hot Thursday afternoon, and I was not in a good mood by any means. My wife told me to “be nice.” I told her we would see. We arrived at the entrance of the “Smart” Store, and advised the gentlemen at the front door what the problem was. He handed me a ticket so I could wait my turn for “customer service.” Only had to sit for a few minutes before my number was called. I explained the situation to an agent, Janice. She asked me to please wait a few minutes, and when she returned she apologized and informed me there had been a “processing error.” “By ‘processing error’, I asked, “do you mean that my order was not even put into your system?” She said “yes.” I asked her if she could please expedite the situation as I had a website which I cannot access until I get my Internet restored. She assured me that she would do everything she could to escalate my request and would even personally call me that evening to advise me of the status. I thanked her and headed over to McDonald’s with my asawa to grab a Big Mac. Fast food has a calming effect on me.

We returned home two jeepney rides later. Without the  the loud “plop,” “plop,” “plop,” of my mother-in-law’s slippers slapping the concrete kitchen floor anymore, I easily heard our cell phone ring. It was Janice from Smart Bro who informed me that my service would be taken care of tomorrow, Friday.  I thanked her again and drifted off into air con comfort with visions of adobo and pancit dancing in my head and blissfully ignorant of what trials and tribulations would await me tomorrow.(To be concluded in the next post.)