"WE'RE ON!" That's what my asawa, The Sainted Patient Wife, had written in a letter in response to her first and only boyfriend, Ariel. SPW was 23 years of age when she received a missive delivered to her by a relative of her new suitor. He had spied Melinda working in Nueva Valencia on Guimaras Island (he had a distant relative that worked for the same boss that she did) and was so impressed that he composed a note that the relative passed on to her. After over 11 years of marriage, I had never heard this story. I knew SPW had a past boyfriend, but had no idea that Ariel was the only guy that she claimed as a beau before we were married (she was 35 at the time.) 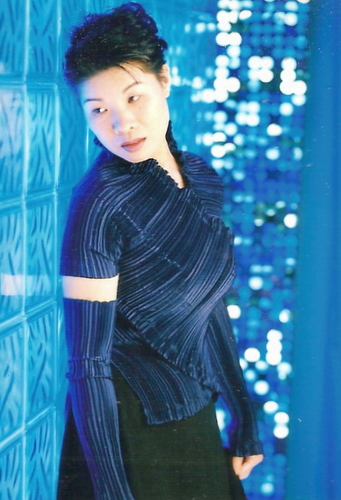 I was quite surprised that my beautiful Filipina had the single sweetheart.  It broke my heart when my asawa told me she had heard the chiz miz (gossip) of fellow classmates that referred to her as "fat and ugly." Kids can be cruel, no matter the country they may reside. She told me that it did not matter what they said, "I AM WHO I AM" she declared to me.

My pretty pinay did reveal that in later years she became more appealing to the opposite sex and had many admirers, but only the one boyfriend. After Melinda's response of "WE'RE ON" was received, the young suitor came to the home in Salvacion,  Nueva Valencia where she worked as a domestic helper. The chat only lasted a few minutes as Ariel had also come to Salvacion to attend a dance that he was attending with thw relative that also worked for Melinda's employee as she had to stay behind and do chores for her employer. Cinderella would not be able to attend the ball that night.

Five years, a birthday card, and two letters later in which my future asawa asked in one correspondence: "WHY DO YOU LIKE ME? I AM SO FAT." The boyfriend replied in a letter: "EVEN THOUGH YOU ARE BIG, I LOVE YOU SO MUCH."  Ahhh, the young man was such a romantic!

But after five years in which the couple had not met even met again, Ariel, who was leaving soon for Saudi Arabia to work, penned another letter to Melinda and addressed it to her home in Guimaras, having no idea where she was at the time.The letter reached her in Quezon City where she had found a new job and lived with her eldest sister. Her boyfriend was in the Metro Manila are preparing for his departure and sent a message that he would be over to the sister's house next Sunday to visit Melinda.

Sunday arrived as did the young suitor with his cousin in tow. They chatted for only two hours as Melinda had to go back to her job. Before leaving the young man asked: "DO I GET A KISS?" "KISS YOUR BUTT!" was her reply. They never met and again and lost communication after that Sunday "date." Ariel went on to work overseas and years later Melinda had heard that he had married and had children. Their five-year-romance, which only consisted of two chaperoned meetings, was officially over.

My asawa's past boyfriend was from San Lorenzo in Guimaras. I suggested we take a trip there sometime to see if he still resides there or at least locate some relatives that may know where he is. Thought it would be interesting for him to meet the guy that eventually married his former flame. I think he might be surprised to find out that she is married to an American expat that has retired to the Philippines.

Smartest thing I've ever done in my life was to marry The Sainted Patient Wife. Second smartest thing I've done is move to the Philippines. For a 59-year-old American expat, I'm living the good life. I'm truly one fortunate guy.


8 thoughts on “Only One Boyfriend. Only One Husband.”