Tropical storm "Juaning" made landfall the other day and gave us  the roughest ride on the pump boat to Iloilo City that I've experienced in the two years I've lived in the Philippines as an American expat. My asawa, who's taken many more trips on the Guimaras Strait than I ever will, got so sea sick that she almost threw up. It hardly bothered me, but the waves were so high that a  passenger boat from Guimaras headed to Iloilo sank Tuesday morning. According to an ABS CBN news.com report,  the pump boat, which was carrying 27 passengers and 3 crew members, sank off the shores of Buenavista, Guimaras around 10 a.m. after it was damaged by the strong waves brought by tropical storm “Juaning.” 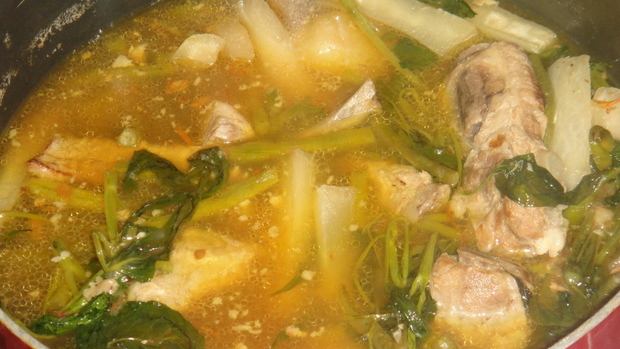 The passengers said the damage allowed water to get in the pumpboat.

No one was reported dead from the incident after the Philippine Coast Guard responded immediately.

Five of the passengers, meanwhile, were sent to the hospital.

ABS CBN reported that authorities had suspended all sea travels between Guimaras and Iloilo to prevent similar incidents from happening. (Note: Perhaps all travels from Buena Vista to Iloilo were suspended, but pump boat travel from the Jordan Wharf in Guimaras, which we use, was NOT suspended.

We came back later in the same afternoon from Iloilo City to Guimaras Island. It was a bumpy ride, but we made it the Jordan Wharf without incident. The Jordan Wharf uses bigger passenger vessels than the Buena Vista wharf. However, we had to use a different dock area of the wharf, and I had to negotiate walking a narrow six foot long plank carrying two bags to reach the dock. I made it. Good thing I hadn't been drinking any bottles of San Miguel Pale Pilsen before boarding our boat.) 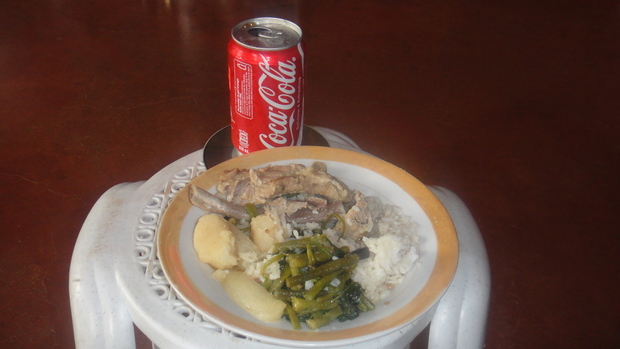 We didn't have to travel to Iloilo City today, and The Sainted Patient Wife prepared a delicious lunch of sinigang soup, a classic Filipino dish. Sinigang is characterized by its sour flavor most often associated with tamarind, sampaloc fruit. My asawa used rice, gabi, long green beans and pork spare ribs in her recipe along with water cress and radish. She oftentimes uses okra but didn't have any on hand for this batch. Tasted great. Had  another morning of heavy rains and high winds, but it sure didn't dampen my appetite for some tasty sinigang. Washed it down with a can of regular Coke. Let me tell you. It doesn't get much better than this!