I've got a great "job." Well, if you want to call sitting at my computer all day with no phones ringing, no boss hovering over me (The Sainted Patient Wife leaves me alone for the most part) and no daily commute on Interstate 55,  a "job". 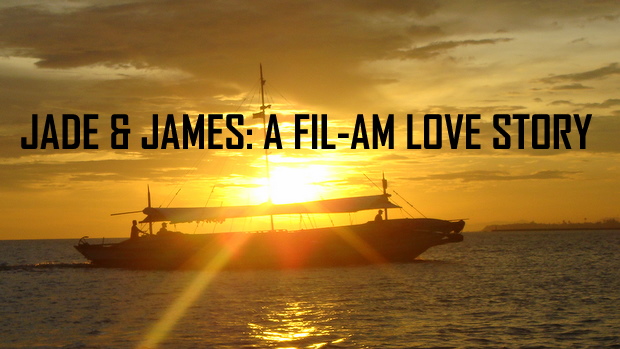 One of the terrific parts of my "job" are the emails and Facebook messages I receive from my readers. I received a Facebook message from a new Filipina friend the other day, and "Jade," (not her real name) sent me a interesting message which she has graciously allowed me to post. Her message, part of which was a love story in which she, a Filipina living and working in the Metro Manila area, and her American fiancee James, who works on an oil rig in North Dakota,  tells of how the two met on the "FilipinaHeart" website  (now called "FilipinoCupid.com." See my ad on the right sidebar for more info.) Now before you think I've gone all "mushy" on you, take a look at my mugshot on this website. Do I look like a "mushy" kind of guy? But I really was touched by Jade's message.  Here is the story of Jade and James in her own words:

"I stumbled upon your website while looking for accommodations and tourist spots on Guimaras Island and got sidetracked by your candid and witty accounts of your life as an American expat in the Philippines. Some of your adventures–and misadventures– are hilarious and engaging. I enjoyed reading your insights and those of your fellow Kano who, like yourself, are married to Pinays and their families. I find your devotion to your wife endearing and your search for a simple, happy life truly admirable. From hereon, I will try to follow your continuing mini-sagas and watch and learn as I, too, will soon become one half of a Fil-Am marriage.

On that note, my fiancee, James, is arriving in 2 weeks and we make it a point to go to a different destination when he's here and I thought this time it would be great to bring him to to San Joaquin, my dad's hometown, and meet my paternal relatives and then take a 2-day side trip to Guimaras before returning to Manila. I love Iloilo and the whole of Panay island to bits and wish to one day retire there permanently. But for now, work is in the big, noisy city.

James, on the other hand, is a twice-divorced Florida native and resident and works as a derrick man for an oil rig in North Dakota. So you can imagine the long drives my sweetheart has to make every 2 weeks to get to and from work (1,894 miles!). It wasn't so bad when his rig was in Louisiana but most of the drilling has moved up north. I constantly pray for his safety whether he's on the road or at work and get super anxious when I don't hear from him. We first "met" on Filipinaheart in 2009 (when we were both 48, you do the math) but then we lost each other for a year due to missed emails on that site. We found each other again on FH in June 2010 and started chatting and web-camming on YM and Skype consistently, despite the timezones and weird hours of both our jobs. Pardon the cliche, but it was like we've known each other forever. Oh, and there's also Boost mobile and Verizon when either one of us is in transit but I worry that his expense for that is through the roof. Just the same, thank God for technology.

On his first ever trip here in Oct 2010, he insisted he meet my family for the first few days before whisking me off to Coron for a week on our first real date (we did mini-dates online for months where he "took" me to different places, cute). When he returned in February, we went to Boracay. He flew in on short notice, driving from Louisiana to Dallas after a 21-day hitch and forging through a snowstorm on a flight that got diverted to NY. I found out later it was to personally deliver tons of chocolate in heart boxes– and a super special sparkly ring–and formally pop the big question, on Valentine's Day. Who could possibly refuse that? So here we are, engaged and bracing for the rigors of the US fiancee visa and preparing myself mentally and emotionally for the big uproot to Florida.

But for now, we need to go on our third out of town date for some sun, sea, sand and food! Our sanity depends on it. 🙂

So in a way, Dave, I will be living your life in reverse, that of a Filipino middle-aged woman who will be leaving behind everything she holds dear–family, home, friends, pets, career, security, country–to live in a strange land halfway around the world with the person she loves. Isn't that crazy? But I guess you know the answer to that."

I loved your story, Jade. I wish James and you all the best. Folks, as you can tell by this heartwarming account, there is still real love to be found on the Internet. As I've said before, if you're a single guy that has never visited the Philippines, I encourage you to visit. Your own "Jade" might be waiting for you here.

9 thoughts on “Jade and James: A Fil-Am Love Story”