Mel-O-Cream Donuts Comes to the Philippines

I had arrived home after spending the day at The Moon Cafe in Iloilo City with my new American expat friends, Paul from Iloilo and Jeff, "The Crazy Cano" along with Brother Tom. My asawa handed me a notice from our post office in Jordan, Guimaras, dated July 1 2011 informing me of a  package there that I needed to pick up. Hmmmm, day the notice was delivered to us was July 12.

I was not all pleased, but all I could do was catch a jeepney to the Jordan post office the next morning and pick up the package. While in Manila to obtain my Permanent Visa I had written a post titled "Is Krispy Kreme My New Favorite Donut? Confessions of a Mel-O-Cream Traitor."  A former AT&T co-worker, Brenda Padget,  made a remark on Mel-O-Cream’s Facebook home page informing them she had a friend living in the Philippines who could no longer enjoy his favorite donuts. I made a remark on the Mel-O-Cream page with a link to my article about the Krispy Kremes. I  whined that I could no longer enjoy my treasured  treats now that I resided in the Philippines.  I was ecstatic when Mel-O-Cream responded to my pitiful plea,  and stated that they would be shipping out a box of my favorite treats to our home in Guimaras over 7,000 miles away!

It was stifling hot as I climbed onto the front seat of the jeepney to Jordan the next morning. After talking to my brother-in-law, Joery, I knew that the Post Office was located in the Municipality complex which I had passed up hundreds of times on the way to the Jordan Wharf. Just was hoping I wouldn't miss it on my way, so I kept  a close watch outside as our jeepney made its way through the road on the edge of a jungle in Guimaras. My asawa had left for Iloilo so I was left on my own to make sure I had the driver stop at the right location.


About 15 minutes later, I spied the cluster of Municipality buildings, called out "lugar" ("stop" in Ilonngo, the local language)  to the driver and exited the jeepney. The Jordan Post Office was located to the rear of a pharmacy. I entered the small, dimly-lit building and was greeted by some surprised looks from those inside. Three people already stood  at the counter, but I just went up and showed my pick-up slip. (Ahhhh, the Ugly American that complains about Filipinos butting in line, and he does the same thing.)

Everyone was standing at the counter stunned so I had an opening, and I was going to take it. Guess I should have pulled back on the charm that day. I was dazzling everyone.  Checked my zipper. Nope, the barn door was closed. The postal clerk took my notice and  went to retrieve my package. A lola (grandma) seated and waiting for her turn, stood up and offered her chair. I thanked her but motioned for her to stay seated. The postal employee soon returned.  "Forty pesos." he announced. Have to pay a fee to pick up a package at our post office.


Since the clerk did not have change for my P100 note, I went to the pharmacy located at the front of the building and got some change. Paid my 40 pesos (93 cents), and I was given my package. A box with "Mel-O-Cream International" was inscribed on the outside.  It was mailed from the United States on June 10! Now on July 13 (at least it was the same year), I had received my donuts. I had no illusion that the tasty treats would not be tasty anymore, so I thanked the clerk, went across the road to catch a ride with any jeepney going  back home towards San Miguel and waited in the blazing sun.

When I returned home I opened the package with heavy heart, knowing that the most delicious donuts on the planet could not possibly be edible after such a long time.  I had waited until I could perform this solemn task in solitude as I didn't want to cry in front of my fellow jeepney passengers like some sissy boy.  Before examining the contents of the box, I spied the note which had the following message:


Please accept this package from Mel-O-Cream Donuts as a token of our gratitude for your continuing support of our quality products. Although we cannot send you freshly-baked donuts all the way to the Philippines at this time, please know that it is a goal we are striving to accomplish for the future. For the moment, we have sent these not-so-edible goodies for you to enjoy, and the next time you visit Springfield we hope that you remember us.


Check out the photos to see the terrific stuff the kind folks at Mel-O-Cream sent me. God Bless Mel-O-Cream Donuts!  THANK YOU SO MUCH for sending me a little piece of Springfield to the Philippines, and you can bet next time I'm back in Springfield, I'll be chowing down on a couple dozen donuts…in ONE sitting! 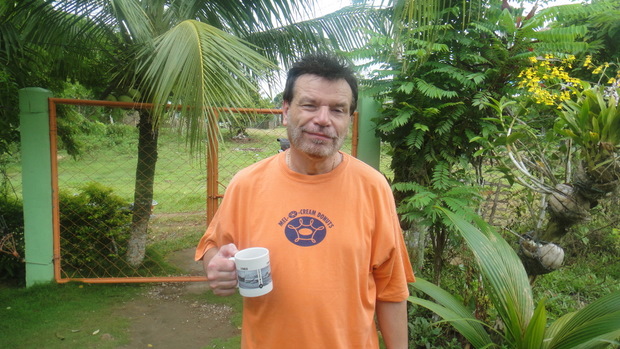 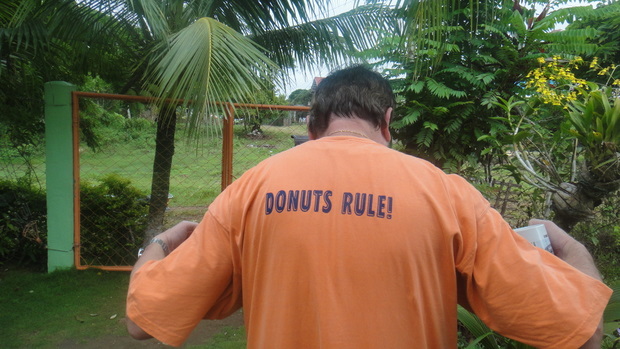 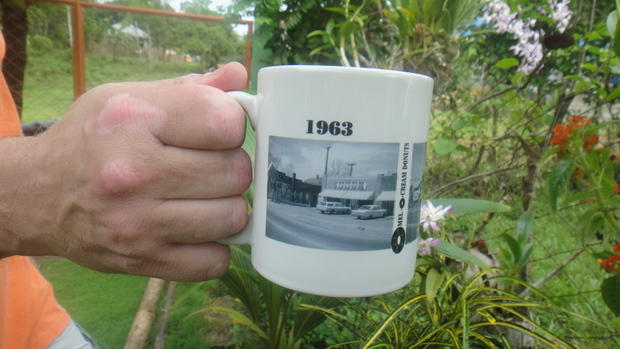