The Fury of The Sainted Patient Wife!

Well, I had it coming. Spent all day last Tuesday with my new American expat friends, Paul from Iloilo and "Crazy Cano" Jeff. Brother Tom tagged along but had to leave  early in the afternoon. After  several hours at The Moon Cafe, Jeff hauled us over to his home to empty some more bottles of San Miguel Pilsen. Problem is, I had not returned any of my asawa's phone calls or text messages. After a heated exchange in which I could not sufficiently answer why I had not tried to contact The Sainted Patient Wife, she packed two suitcases after I had arrived home in a somewhat inebriated state and told me I should leave "The Compound" and move to Iloilo. 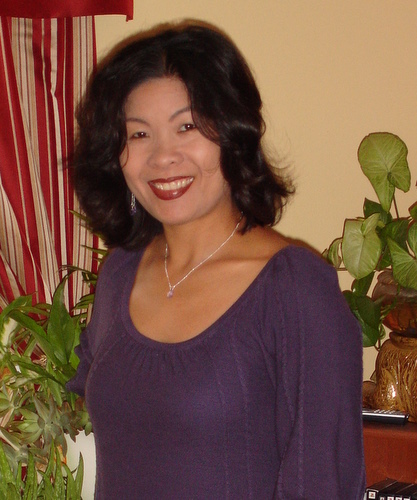 Not a pleasant ending to what had been a great day. Well, for me,  anyway. Since the wife thought I had been kidnapped by the two expats I had just met that day, she was NOT having a good day.

I checked my cell phone, and I did see the missed messages from my  incensed asawa. Just could not understand why I did not hear my cell phone ring when she attempted to reach me. I had my mobile set on the loudest ringtone. Was I that drunk that I did not hear it? Whatever the reason, I  was in a world of hurt now. Well, at least I was not getting kicked out in the middle of the night. I tried resting on the couch, but  SPW continued her verbal assault. I said nothing until she did the UNFORGIVABLE! She grabbed my bag of snacks, full of Jack and Jill's V Cut Spicy Barbeque Chips, threw them on our concrete bedroom floor and SMASHED them! I was furious!

I said a few words that I cannot repeat on this website and stormed outside into the night air. The cry of the tuko was all that could be heard on our edge of the jungle in the Philippines. A tense silence had now fallen on "The Compound." As my angry asawa stayed inside, I put on my outside slippers, P75 (1.75 US Dollars) LED rechargeable flashlight in my back pocket, and took off down our muddy path. Headed for the Provincial Capitol grounds, only about a 10-minute walk from our home. I needed to cool off and sober up.

Brushed by tricycle riders that were asking me if I needed I ride. "No, do I LOOK like I need a ride!" I barked to one. Made it to the covered sidewalk section in front of the capitol and sat on the edge of the sidewalk. A young Filipino man walked by me in silence. Sent a text message to Brother Tom advising him that I was thrown out of the house.

Well, it was not the first time that event had occurred to me. My American ex-wife kicked me out of our home after only nine months of marriage. At least Melinda, The Sainted Patient Wife had waited over 11 years of marriage before she gave me the boot. Good things Filipinas are extremely patient, but it looks I had stretched my asawa's endurance too far this time.  Find out tomorrow if I took the pump boat to Iloilo and leave my paradise in the jungle. Or if SPW had a change of heart.