“I Thought You Were Kidnapped!”

Picked up some pan de sal from the Sari Sari Bakeshop located on the edge of a jungle near our home in Guimaras. I had just arrived home after a day with some new American expat friends, Paul from Iloilo and Jeff, the "Crazy Cano." Brother Tom was with our group for a good portion of the day, but had to leave around 2:30 to visit a friend. It was already dusk. I hadn't called home or sent a text to The Sainted Patient Wife all day. I had looked at my cell phone occasionally between rounds of San Miguel Pale Pilsen that Paul was buying for us at The Moon Cafe in Iloilo City, but it didn't look like I had missed any calls or messages. I had my free Samsung phone set on the "Outdoor" profile which had the loudest ringtone.  Figured I would pick up the pan de sal in case my asawa was miffed that I hadn't contacted her. Hmmm, too bad we don't have a jewelry store in our local barangay, because after arriving home I discovered what I really needed was at least a two-carat diamond. 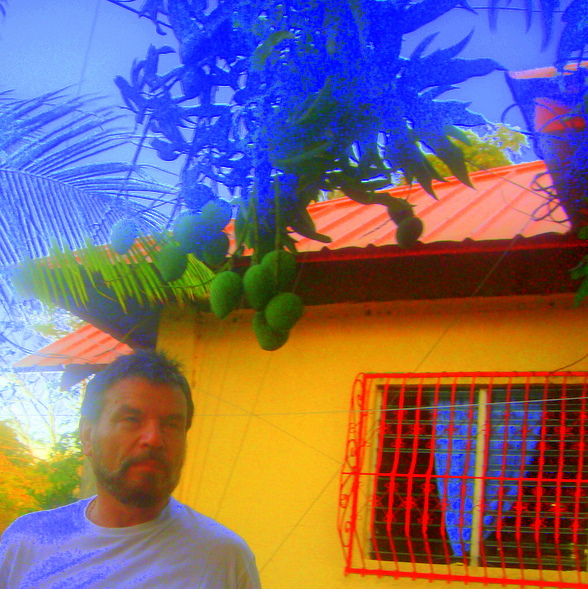 And I was sorry. Couldn't figure out why my phone never rang. Maybe Jeff's house was in a part of Iloilo that had bad cell phone reception. It was not unusual to have no signal from our home to the Jordan Wharf.The road literally ran along the edge of a jungle.  I  just could not understand why I did not hear the phone.  I realize I had been drinking a lot, and I am getting old, but I can hear my cell phone when it is on the "Outdoor" setting even in noisy SM City on a weekend.

But things got even worse! My rightfully upset spouse hauled out two suitcases and proceeded to dump my clothes from the nearby wardrobe into them! This didn't look good!

"YOU WANT TO GO TO ILOILO? YOU CAN GO TOMORROW!" she shouted at me as my angry asawa continuing stuffing the suitcases with my Max Wear T-Shirts from SM City along with my boxers and cargo shorts. No, this wasn't looking good at all.

(To be continued. Find out if I'm writing this post from a net cafe in Iloilo City or "The Compound" in Guimaras.)