Are you an American?"  I almost automatically replied "Oo!" ("yes" in Filipino and Ilongo, pronounced "oh oh". First time my Filipina wife uttered it while talking on the phone to a fellow Pinay in America, I thought something was wrong. You can tell I've been in the Philippines for awhile since phrases from the local language first pop into my head at times.) 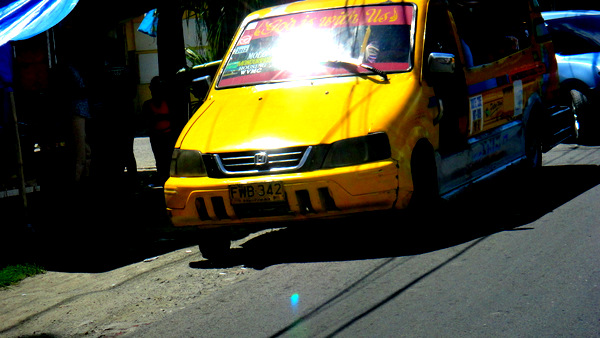 I shook "Mickey's" hand, and  I asked him how long he has been in the Philippines. He replied eight years,  and after I told him I was married to a Filipina he told me he got married in the Philippines but had a problem.
The poor guy could not get his wife to the United States as Immigration kept rejecting her visa. "Mickey" eventually found out that his wife was already married to someone else in the Philippines, and, of course, could not travel to the United States. Immigration services tend to frown on bigamy. "Gold digger!"
exclaimed my fellow kano even though he returned to the Philippines to be with her.
Told him I was sorry to hear that. He said, it's OK, he's engaged to another Filipina now and as soon as his annulment goes through, he will marry his new love. Yes, even though he married a woman that already had a husband, that still did not void the marriage.
To try and explain this issue and how often it occurs in the Philippines would require a separate new eBook from me, and is way too complex to go into now. I have related in the past that one of my wife's first cousins in the Philippines married another lady after his first wife left him for another man without obtaining a divorce or an annulment.
Divorce is not legal in the Philippines, and annulments are expensive and only granted about 95% of the time according to online sources. Mickey tells me he lives in a nearby dormitory, and then gives me a bit of surprising information that convinces me he likes to live on the edge. I'll finish this story tomorrow, and fill you in out what "Mickey" told me. You'll understand why I am using a pseudonym for him.
Share
Tweet
Pin
Share
Share
0 Shares
LIZARD POOP! ADVENTURES IN ILOILOannulmentbarangayfilipinafilipinoiloiloiloilo cityimmigrationkanomanilaparadisephilippinephilippinesphilippinesplusphilippinesplus.compinayvisa - by The Kano

4 thoughts on “Are You An American? Encounter in Iloilo City!”